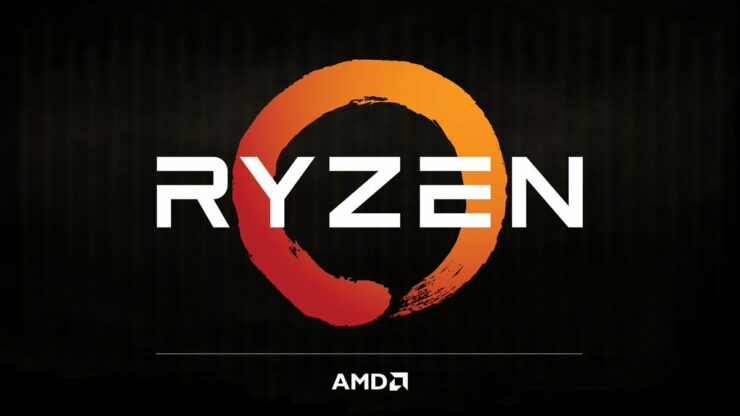 You might have seen many of the pubs reporting the news about Ryzen overclocking to 5GHz on air, on all cores these past few days - and also noticed that we didn't post it. The reason for that was while CPCHardware is an extremely respected publication in circulation since 2001, a 5GHz clock on all-cores should not be possible on air with an 8-core processor this early on in the lifecycle, so we were sure that there was a catch involved and until we found that out, it was better not to post it. Well, our colleagues over at CPC have just revealed more details regarding their 5GHz Ryzen tease and it turns out that this particular overclock is for a single core; but here is the good news: Ryzen overclocks!

Ryzen sample single-core overclock is 5GHz on air, primary bottleneck for all-core OC was low-quality VRMs on the motherboard

The first thing I would like to add is that if you have access to the CanardPC Hardware magazine at your local newsstand, go out and buy one to support the folks behind all these delicious bits of information (including early Ryzen benchmark performance)! Well, with that out of the way, we have some more information on the Ryzen processor and it just got better, Ryzen overclocks out of the box and if the single core OC is any indicator, the primary hurdle enthusiasts will have to overcome will be one of the quality of motherboard and of course, electromigration.

According to Doc Teraboule, the French hardware guru, the primary problem with achieving a stable overclock on all cores had very little do with the processor itself and mostly to do with the quality of the motherboard he had. Specifically, the VRMs on the mobo were not of a solid enough build to sustain a stable OC to all cores. If a single core can hit 5 GHz on air, ignoring the effects of electromigration, then you can realistically expect cherry chips to overclock up to 3.8-4.0 GHz on all cores with a high-end cooler and a mature enough revision of the Ryzen processor. A Ryzen chip with a decent overclock will be able to give comparable performance to (and possibly even beat) Intel's $1000 i7-6900 in optimized scenarios.

With this context in mind, the 3.4 GHz mentioned by Lisa Su really appears to be only the tip of the iceberg. You should be able to go even higher with liquid cooling but at higher thresholds, electromigration will kick in and lower the life of your brand new processor. The real question then becomes what kind of OC you can expect from your Ryzen processor without insane amounts of vcore lowering the life of your CPU. CES is coming up soon and AMD should be getting ready to do a Ryzen demo there as well and perhaps we will see some overclocking first hand.

This is very good news for any tech enthusiast waiting to go with a Zen build for next year. All this information points to the fact that we are looking at a very real AMD comeback on the compute side of things. Ryzen is not only going to be a game changer for the company in terms of gamer's support. Games usually are not capable of utilizing a lot of threads and instead rely on high clock rates, applications like server/enterprise and rendering farms however are going to benefit from the arrival of Ryzen a lot. That is the industry where it is truly going to be a game changer, providing Intel-level performance at 1/2 the cost (assuming the rumors we have been hearing about pricing are correct).