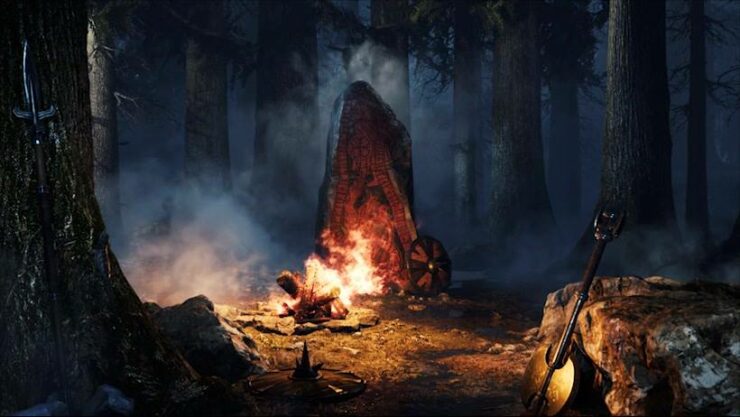 Rune: Ragnarok is the new game Human Head Studios (2006's Prey, Dead Man's Hand) has been teasing in the past few days. As the elder gamers among you may recall, the studio first released Rune in 2000; in the game, the young warrior Ragnar goes against Loki and his allies to stop their goal to destroy the sacred runestones and bring about Ragnarok - the end of the world.

Here's the official overview of this new franchise installment, which still doesn't have a release date or even confirmed platforms. Obviously, we'll keep you updated on this great looking project, so stay tuned - in the meantime, you may check the official website.

A sandbox, open-world RPG set in a dangerous Norse universe during the end of days. A highly anticipated follow-up to Rune, the team’s hit action-adventure game, Rune: Ragnarok places players in the middle of an epic battle where gods, beasts, and the last remaining humans struggle to survive.

By pledging allegiance to one of the Norse gods, players gain favor and special abilities to aid them as they raid enemy villages, fight the undead in brutal melee combat, sail to new lands, and craft powerful weapons to complete the goals of their god and conclude Ragnarok.

From Project Director Chris Rhinehart, “After seventeen years, we are thrilled to finally announce a new Rune game. In the spirit of the original, Rune: Ragnarok has intense and brutal combat in a world steeped in Norse mythology. We can’t wait to show you what we’ve created.”

Development of Rune: Ragnarok is being funded by ESDF Management, a video game production and finance company.