[UPDATED: “Nothing Like Ghosts”] COD 2016 To Be Full On Sci-Fi In A Very Far Future; Space Combat & Makes BO3 Feel Like Stone Age

[Update] Shinobi just shared some more details on the upcoming Call of Duty 2016.  According to the 'insider', the new COD will be "nothing like" Call of Duty: Ghosts - which also involved some space combat. He adds that the game will involve combat in spaceships, which won't be limited to  space combat around the earth (think No Man's Sky). Shinobi claims that there will be a central hub area that's a form of living space station.

[Original] If an industry insider is to be believed, the next Call of Duty, named Call of Duty 2016 (COD 2016) for now, will be full on science-fiction in a very far future. Furthermore, the shooter is said to feature space combat, and will make Black Ops 3 feel like the 'stone age'. 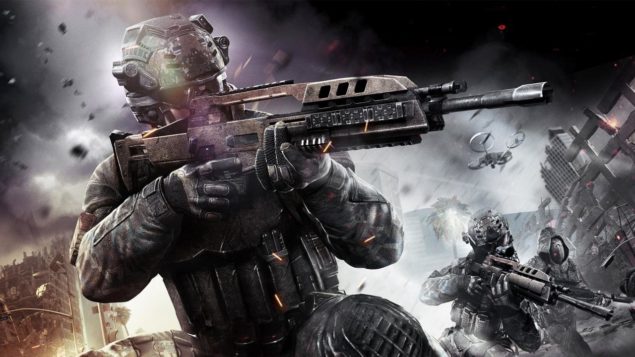 The rumor comes from well known industry insider Shinobi, who posted some interesting facts concerning the upcoming Call of Duty title on the Neogaf forums.

Shinobi sparked interest by first hinting that he had some additional details on the next Call of Duty. Later on, he stated that Call of Duty 2016 will make Blacks Ops 3 feel like the Stone Age, implying that the upcoming shooter will be even more futuristic than Black Ops 3 was.

He didn't stop there though, as he continued by revealing that COD 2016 will be set in the "very far future".  The game is said to be full on sci-fi, and will allegedly involve space combat. Sounds like we have a game set in a galaxy, far, far away right there.

Please note, that these details are merely rumors for now. No additional details concerning the next Call of Duty have been officially confirmed. Shinobi does have a solid track record, though when it comes to leaks. Last year he revealed some interesting details concerning Blacks Ops 3, which proved to be accurate as well.

Call of Duty 2016 will be developed by Modern Warfare 1 & 2 developer, Infinity Ward. The studio is also responsible for Call of Duty: Ghosts.

Modern Warfare Story Will Be Cathartic Rather Than Depressing, Says Narrative Director