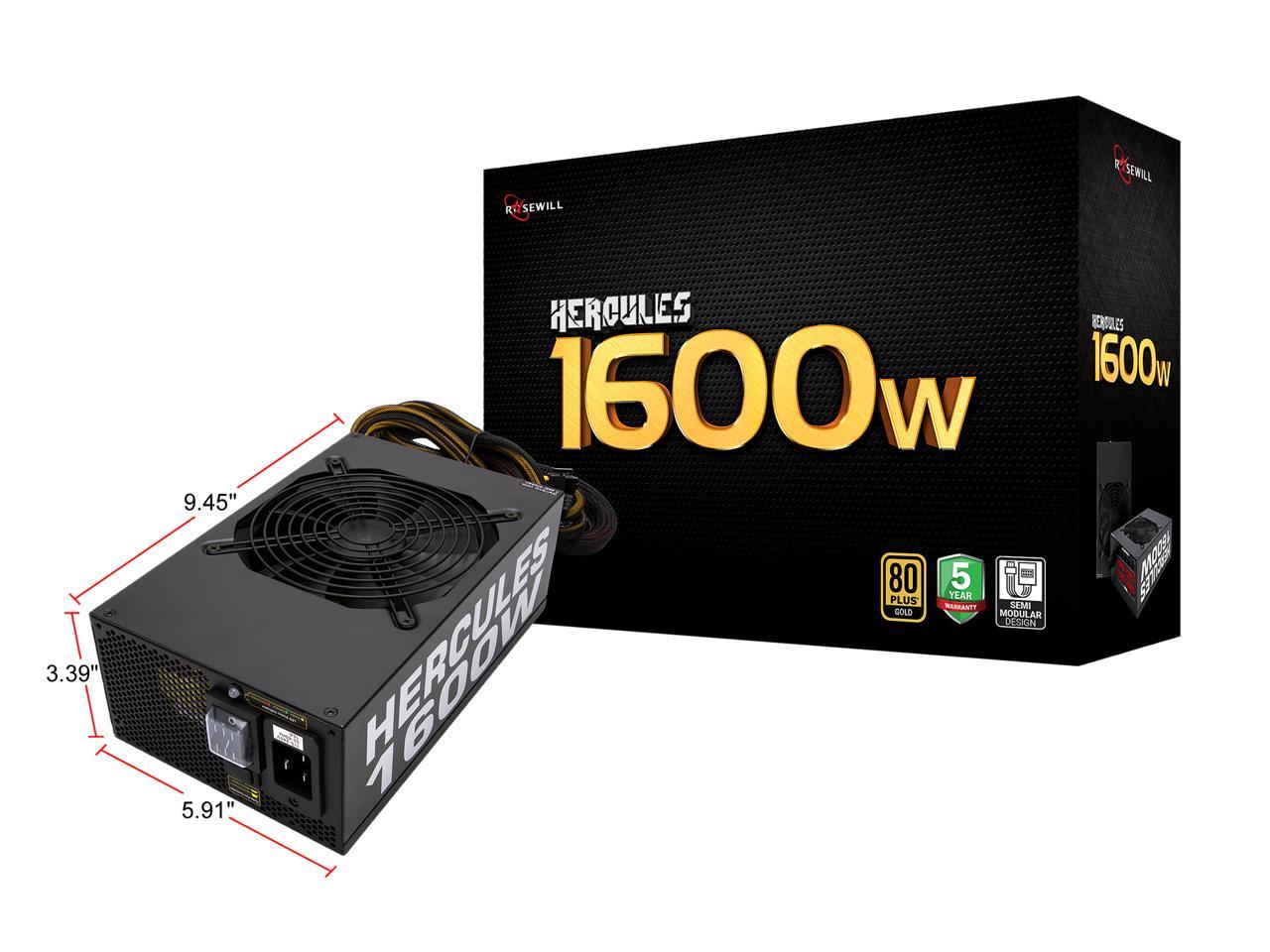 For most high-end gaming rigs, a 700-800 watt power supply is more than enough power for the components to function normally, and enough for a small overclock as well. However, if you are planning to build a HEDT PC with the latest AMD Ryzen Threadripper or Intel Core-X CPU and a RTX 2080 Ti graphics card, 850 watts may not be enough. Rosewill has got you covered with their 1600 watt modular power supply offering SLI and CrossFire support. The Hercules 1600S costs $139.99 on Newegg, but as a part of Newegg's Cyber week deals with the promo code of RWNVZ3, this power supply costs just $109.99.

Rosewill's 1600 watt power supply has a warranty of five years after your purchase date, meaning that if any issue occurs from this power supply, you can get it replaced from the manufacturer without a problem.

The Hercules 1600S has a 135 mm fan, which cools the device keeping it at a suitable temperature of about 50° C when in use, which will allow the unit to function at peak performance with little to no issue. Along with keeping the unit cool, this fan does have a silent mode, meaning that unless this power supply generates enough heat to reach past 50° Celcius, the fan won't spin, keeping the overall noise of your computer down considerably.

This power supply is overkill for even the average PC enthusiast, but for the user using Threadripper CPUs (which can draw up to 250W, depending on the Threadripper generation and type) or a dual high-end GPU system. Another use for this system would be if you were trying to make a silent system as this power supplies fan stays off unless it generates enough power to create over 50° C of heat.

With power supplies usually costing $139.99, but being discounted to cost just $109.99, with the promo code of RWNVZ3, which is an average price of 1000 watt power supplies, makes this a fantastic deal if your case can support the larger PSU.

Spectra D100, a mid-tower case for the price of a mATX case