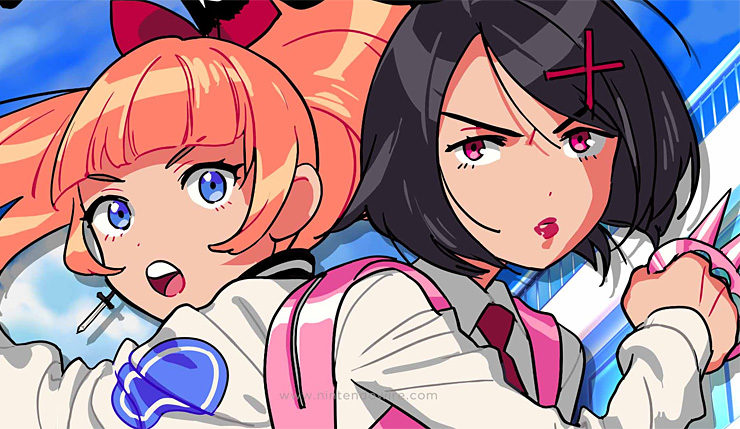 Last month Arc System Works and the retro masters at WayForward announced River City Girls, a new gender-swapped take on the classic series known as Kunio-kun in Japan. The new brawler looks fun and stylish as heck, but perhaps you want to know a little bit more about the game’s two sassy stars, Misako and Kyoko? Well, you’re in luck, as WayForward has released new character trailers and descriptions for both our heroes. Check them out, below.

Say hello to Misako, one of the hot-blooded heroines of the upcoming River City Girls! Tough, impulsive, and always ready for a fight, she's teaming up with her best friend Kyoko to rescue her boyfriend Kunio by any means necessary!

Kyoko is ready for action in River City Girls! Compared to her BFF Misako, Kyoko is definitely the more cheerful and bubbly of the two, but don't get her angry or she'll knock your teeth out, especially if you mess with her boyfriend Riki.

Haven’t been keeping up with River City Girls? Here’s the official rundown:

River City Girls offers one- or local two-player bare-knuckle brawling, which is complemented by spectacular 16-bit-style graphics and an epic synth-pop soundtrack (featuring NateWantsToBattle, Chipzel, Christina Vee, and Megan McDuffee!), while the story roars to life via glorious anime cutscenes and manga-style intermissions.