Swatting which is the act of calling the police and imply that a dangerous situation is taking place at a residence (hostage situations, gunfire, bomb threats, etc,) to force the police to react and in many cases sending out a Swat-team, when in fact no such situation is taking place. Lately Swatting has become extremely 'popular' and is most of the time carried out against Twitch-Streamers by either envious viewers or just trolls, there's even cases of people getting swatted because they won a match in games such as CS-GO and DOTA 2, where one of the losers thought it'd be a great way to get revenge by sending a Swat-team to the winner's house. There have been a few arrests made recently as well as quite hefty fines being issued. 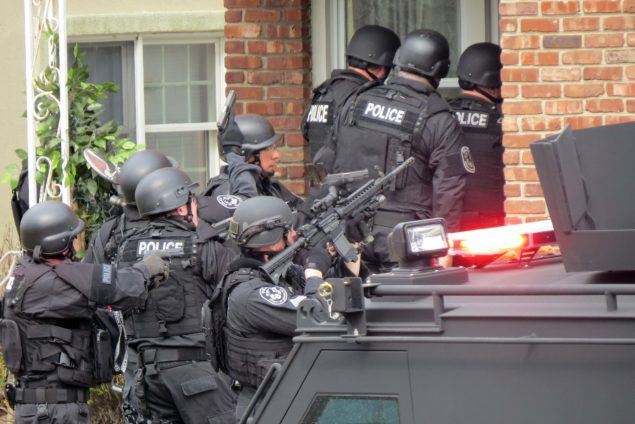 The fact that US authorities are now handing out hefty fines and even prison sentences for people convicted of swatting did not deter a 13-year-old boy in California, the boy in question tricked the Police a total of three times. The first time it was that boy's teacher who received an unexpected visit, the other a classmate and the third time it was a "Minecraft-rival" whose house got surrounded. A Detective of the Ventura County Sheriff's Department - Gene Martinez, spoke to ArsTechnica in a phone interview, and below is an excerpt from that interview.

"The Camarillo incident there were 20-plus officers there. I was at that call. We basically surrounded the house. The caller reported there were 10 hostages in the house and demanded $30,000 in cash or he would blow up the house, Whenever there is a hostage situation, we activate specialized units to respond."

The boy admitted to the three incidents and told the police that "He felt he was wronged." The IP address from which the VOIP calls came from were traced to the boy's residence in California, authorities found phone spoofing software on a computer in the residence. As of now he's been released into the custody of his parents, and a juvenile court hearing is scheduled for next month, due the boy's age, his name has not been released to the public. And as far as sentencing goes, he will most likely end up with some form of probation term due to his young age.

For reference, below you will find a video from a Swatting Incident from August last year (unrelated to the ones mentioned above,) where 3 schools in the vicinity of the Swatting target, were locked down for over an hour following a call reporting that shots had been fired from the location were in fact, a Twitch-streamer was minding his own business and streaming some CS-GO.