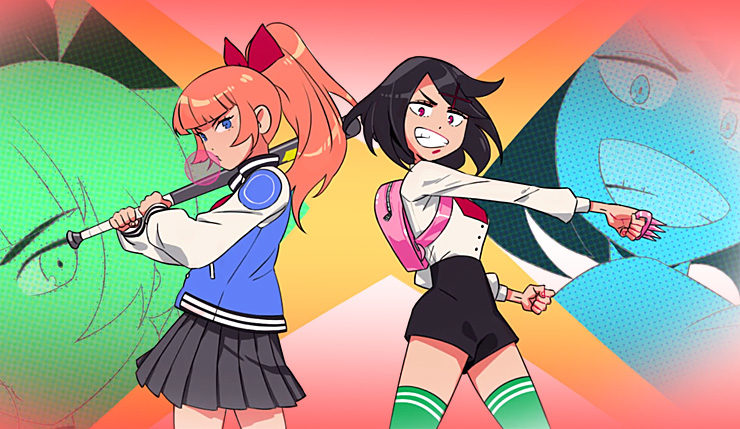 The classic River City series (or Kunio-kun as its known in Japan) is returning yet again, although this time there’s a twist. River City Girls gender swaps the usual River City setup, with female high school students Kyoko and Misako teaming up to save the stars of the original River City Ransom. The game is being developed by the retro masters at WayForward Technologies and is being overseen by the fighter experts at Arc System Works, so it should deliver some top-notch action. The game certainly looks nice – this might be some of WayForward’s best 2D pixel art yet. Check out a trailer for River City Girls, below.

The one- or local two-player bare-knuckle brawling is complemented by spectacular 16-bit-style graphics and an epic synth-pop soundtrack (featuring NateWantsToBattle, Chipzel, Christina Vee, and Megan McDuffee!), while the story roars to life via glorious anime cutscenes and manga-style intermissions.