The NVMe M.2 market has become quite busy as of late. Especially when you consider that a lot of M.2 drives have become essential for the fastest experience in gaming and other tasks. I, for one, am pretty much one of those people who multitask on different programs and want them to load faster so I can get to work quicker. In comes Kingston with the FURY Renegade SSD to solve this very problem.

The Renegade is made by the gaming division of Kingston (also known as Kingston FURY). This M.2 SSD is its next-generation PCIe 4.0 NVMe M.2 drive for gamers, enthusiasts, and high-power users. The drive is supposed to essentially deliver cutting-edge performance through its Gen 4x4 controller and 3D TLC NAND.

Does it accomplish this very objective though? Well, let's find out in this review. 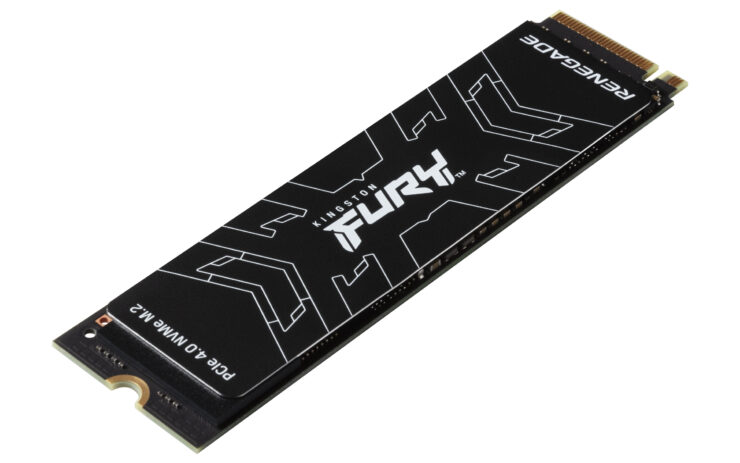 So, for this review, I am going to be using an entirely new rig that I built for this very drive. The rig is essentially going to be a high-performance build that's meant to play video games and also be outfitted to do other tasks such as video editing and streaming as secondary activities. You can read the specs below:

So, as you can see. This rig is less of an overclocking rig and more of a standard high-end gaming rig. The setup is meant to mimic that of an average user who seeks to have a smooth gaming experience more than anything else. This rig on its own has been used during my Babylon's Fall, Persona 4 Arena Ultimax, Shredders, Atelier Sophie 2, and Phantom Breaker: Omnia reviews.

Some keen-eyed readers might also have noticed that another Kingston FURY product is making a cameo appearance in this review. Indeed, it's worth pointing out that I was also able to receive a review unit of the Kingston FURY Beast RAM. While I am going to go into the specifics of the RAM itself in another review, I decided to use both devices to see how well they synergize together.

KLEV Announces the CRAS C710 NVMe M.2 SSD, An SSD Lineup Which Features Write Speeds of Up to 2,100 MB/s

With that out of the way, let's shift our focus back to the Renegade to take a closer look at the ins and outs of this Solid Slate Drive.

The Kingston FURY Renegage SSD is optimized to reduce game and application load times, stream and capture with ease. The review unit that was provided to Wccftech has a 1TB total storage capacity. However, the drive is currently available n 500GB, 2TB, and 4TB capacities alongside the 1TB form.

As said before, this SSD has an M.2 form factor. This means that it can be used to optimize your gaming rig or your laptop. The Renegade also uses a low-profile graphene aluminum heat spreader to keep the drive cool during intense usage. This form factor is pretty much tailored to be used in the tightest of spaces in gaming laptops and motherboards. The drive is also pretty light physically, weighing about 7 grams.

The results below reflect the performance of the SSD: 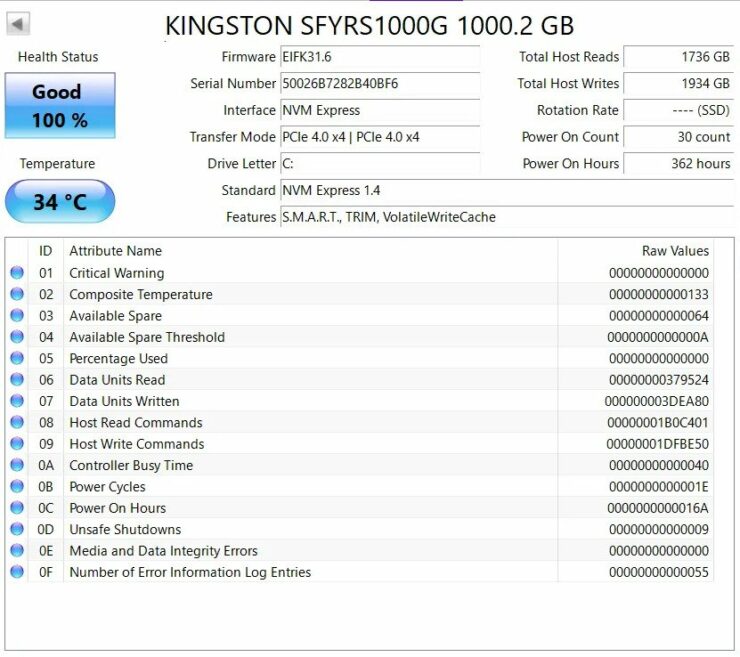 As one of the top tools utilized in the industry, Disk Benchmark identifies performance in hard drives, solid-state drives, RAID arrays as well as the host connection to attached storage. Top drive manufacturers, like Hitachi, build and test every drive using the ATTO Disk Benchmark. You might be surprised by the results this benchmark brought. 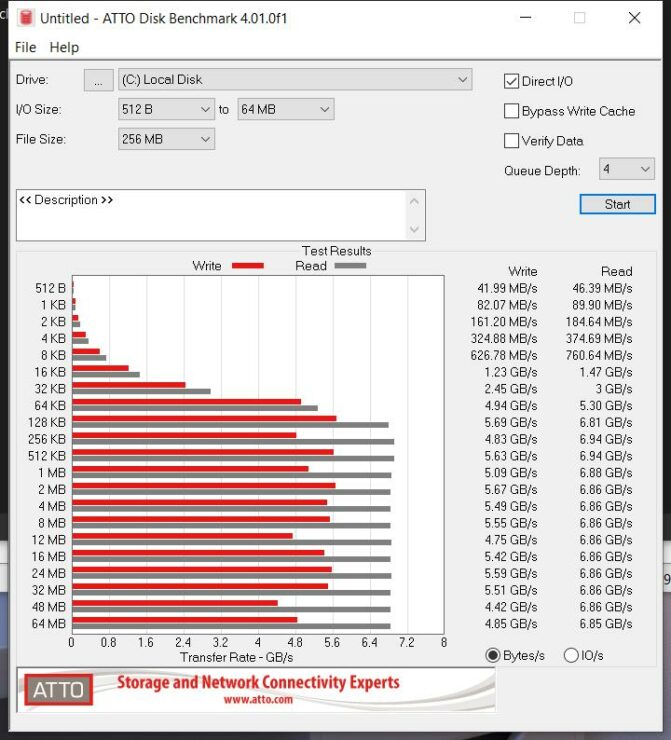 Now, while numbers are nice to look at. There will be some more practical readers that are interested to know what the performance in games is like. I can say that the games I played in this rig have been performing quite well with the 3070/32GB RAM combo I put this rig through. I've played through games like Ghostwire Tokyo and loading times for those have reduced to barely 2 or 3 seconds.

I also used it in Video/Photo edition environments. Not only to work on the editing of videos that I use for my reviews but for personal projects. On Adobe Premiere, for instance, the program barely got stuck while loading video effects and the previews played at a smooth framerate without any slowdown. Accessing files from other drives was just as seamless, which helps a lot.

Unfortunately, there are still some snags. When it comes to virtualization, the M.2 SSD has shown some limitations. When playing some mobile games on LD Player, for example, I have stumbled across several instances of slowdown that happen for no reason. Sometimes, the program just has some problems writing data to the drive and it has to hang around just to do so.

While the loading times are much faster in normal games. For some reason or another, the Renegade has a lot of issues working with emulation. I am certain there has to be some reason behind this. But at the very least the issues are just slight slowdowns at best and nothing too system breaking.

The last thing I'd have to complain about is definitely the price point. While this is cheaper than a lot of high-end M.2 SSDs in the market. It still is quite expensive at a $184 price point. Some SSDs in the market are faster at the same capacity storage. However, I think that at least this is made up with the fact that the SSD offers some good thermal metrics (despite lacking a heatsink) and good performance all around.

Overall, the Kingston Renegade SSD has provided great results for this custom rig. While I cannot confidently recommend it to entry-level users, I still believe that this will be a great SSD to use for high-end computers who want an edge in speed. This SSD in my opinion can beat the massively popular 980 PRO if my results are anything to go by.

The SSD is advertised as being PlayStation 5-ready. In other words, this very SSD can be used to boost the performance of your gaming console as well as your PC. I think that the Renegade is a great alternative to many high-end SSDs that are currently available in the market. However, the unfortunate reality is that the price point won't be as accessible to everyone.

Hopefully, Kingston will continue to expand its efforts to make M.2 SSDs more powerful and accessible to the general public. The Renegade is certainly a great step in the right direction.

The Renegade SSD is a powerful SSD that has several great things going for it. Despite some minor performance snags, it has worked consistently well in a variety of scenarios across gaming, emulation, and production ventures. The SSD also is PlayStation 5-ready so it can improve your gaming performance on the console market as well.