Have you ever stumbled with that kind of game that tries so hard to be cool and falls flat on its face, but you end up adoring its attempts? For many, I’m sure that game is currently Stranger of Paradise. However, I think I found my own version of said game, and that is Shredders, the game released a few days ago for Xbox and PC via Microsoft Store.

And no, I’m not even saying that Shredders is a bad game. It just feels like I am playing one of those games from the early 2000s. You know, the ones that were janky but still fun to play through. I don’t know if you, dear reader, ever heard of the Amped series. The game that also came to Xbox focused on tricks and freestyle snowboarding. Shredders feels a lot like the fourth entry in the series with a different name. 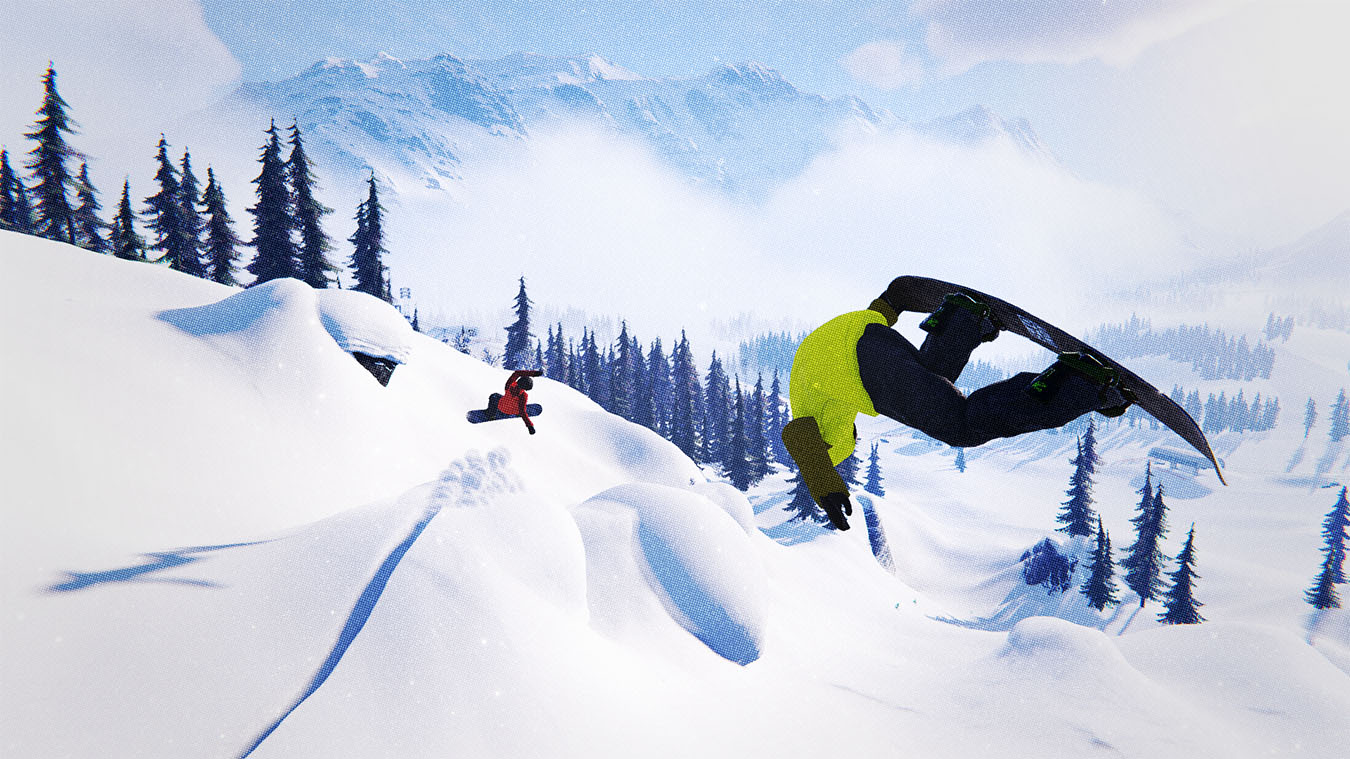 Let’s start with the story because that’s where I knew that the game was going to be the kind of game I’d be into. See, Shredders seems like it’s a dumb story about a bunch of YouTubers meeting up with high-time racers, complete with terrible voice acting. However, unlike Stranger of Paradise, the developers seem to have been aware that this story would end up being cringy.

In fact, I actually love how the story constantly pokes fun at the essentially low-budget of the game itself. Make no mistake, this game (as beautiful as it can sometimes be) was made by indie developers. They obviously aren’t going to have the budget of a AAA studio, backing from Microsoft or not. So, I’m glad that they made a more self-aware story that even the devs have fun with, unlike SoP which only the developers take seriously.

I could go into details about how the story of Shredders falls flat on its face. But honestly, it almost feels like a bunch of friends recording their lines. I mean, this is basically a story about how a couple of YouTube folks (yes, they namedrop it) get their chance at the pro world from a brand ambassador that just happens to be there.

The game, overall, feels like it’s having fun with its players. Did you know that video games are supposed to be fun? Yeah, such a philosophy that’s been lost to time is picked up by Shredders and in my opinion, I believe that’s all that matters. At the end of the day, the story is a bit short. I cleared it in 5 hours, and I believe the average player would go up to 6 or maybe 4 if they manage to consistently clear the missions and go straight through the story progression instead of 100% completion. 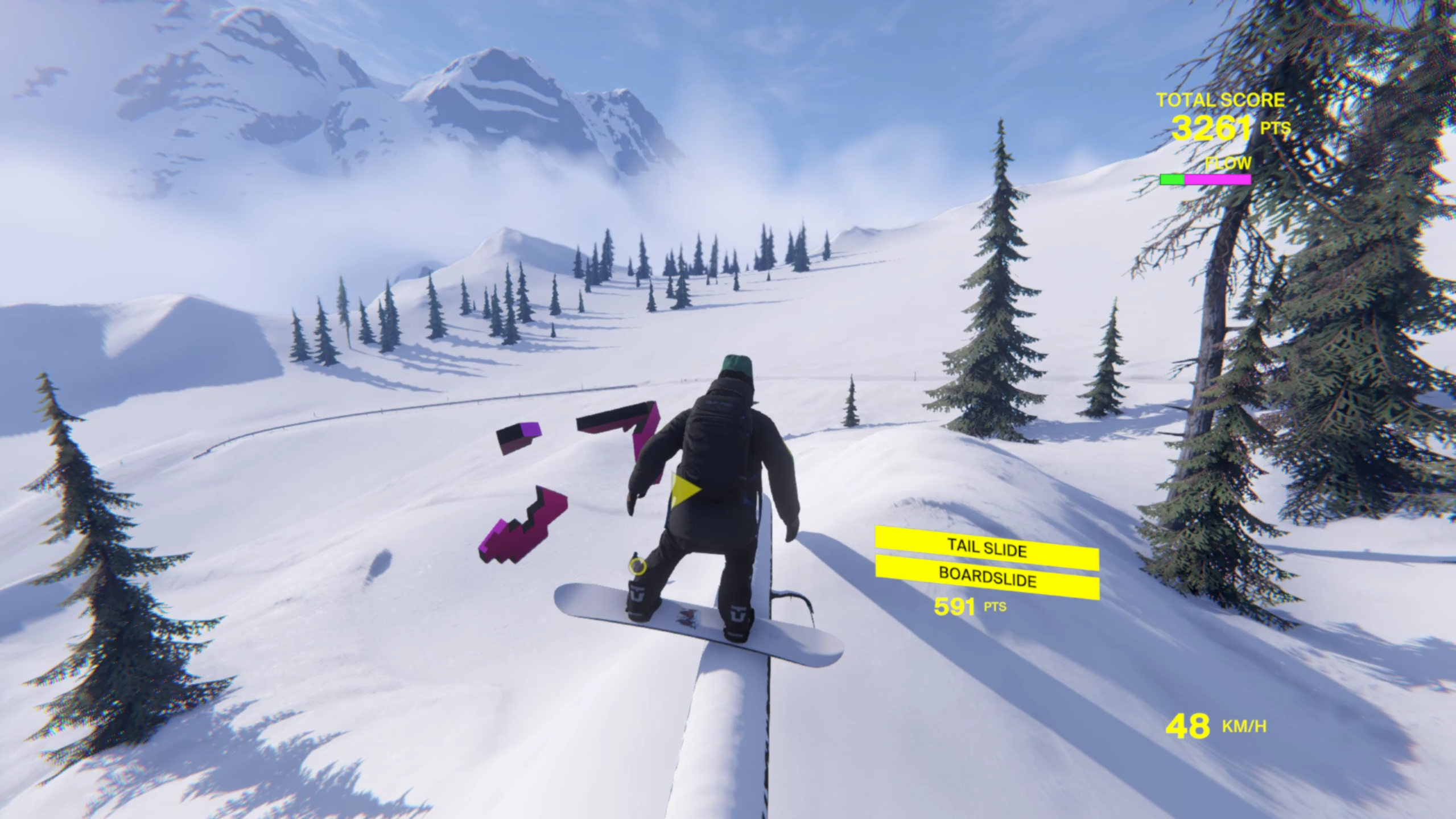 The game’s story is all about a bunch of buddies performing tricks, doing what a promoter tells them to, and meeting up with professional snowboarders such as Zeb Powell. This allows me to segue into the game’s controls and gameplay which is what this game is about. Shredders takes place in an open world where you can take on multiple missions to progress through the story.

The story is your tutorial for the game’s various tricks you have access to. More often than not, you’re left on your own to figure out the ways to perform tricks. The game does dedicate a section of its beginning missions (or tutorial) to tell you how to jump and perform flips, rotation, and grip maneuvers. However, the rest of it is up to you to figure out.

And no, unlike other games in the genre, you won’t have access to a move repository. In other words, you are on your own and you have to figure out how to impress everyone with your quality snowboarding, much like in real life, I suppose. I still would’ve appreciated a move list to go back to every now and then, especially with some missions requiring me to mimic the moves of another snowboarder.

The control scheme, while easy to pick up, can be deceptively hard. Even now, after having finished the game, I still don’t know how to consistently perform some tricks despite spending hours trying to master them. That particular problem permeates every single one of the tricks you can imagine. You could be doing a backflip motion perfectly, and then you’re left watching as your character does half of it for no discernable reason and just hangs there upside down until he plops on the floor like a dope.

This is where the game can become a bit frustrating. Shredders looks amazing when you manage to actually pull off the sick moves and get high scores. However, you will end up majorly screwing up most of the time instead of performing the tricks you intended to because of reasons beyond your control that aren’t explicitly shown to you.

I’m not saying that you can’t be consistent at it, though. I’m mostly implying that reaching the level of consistency might take a while for many players. Especially when the game makes no attempt to give you a move list or anything of the sort. Even games like OlliOlli World, as simple as they were, included a move list.

But that also can be translated as another fun factor. Because you don’t know what you’re doing, it feels good to discover new tricks, learn how to perform the highly skilled ones, and use all of that in a combo to impress every other player around. Shredders even has a drone feature that allows you to essentially focus a camera on the slopes so you can watch other players perform their tricks on them. So, this game has a “community-driven” feel to it. 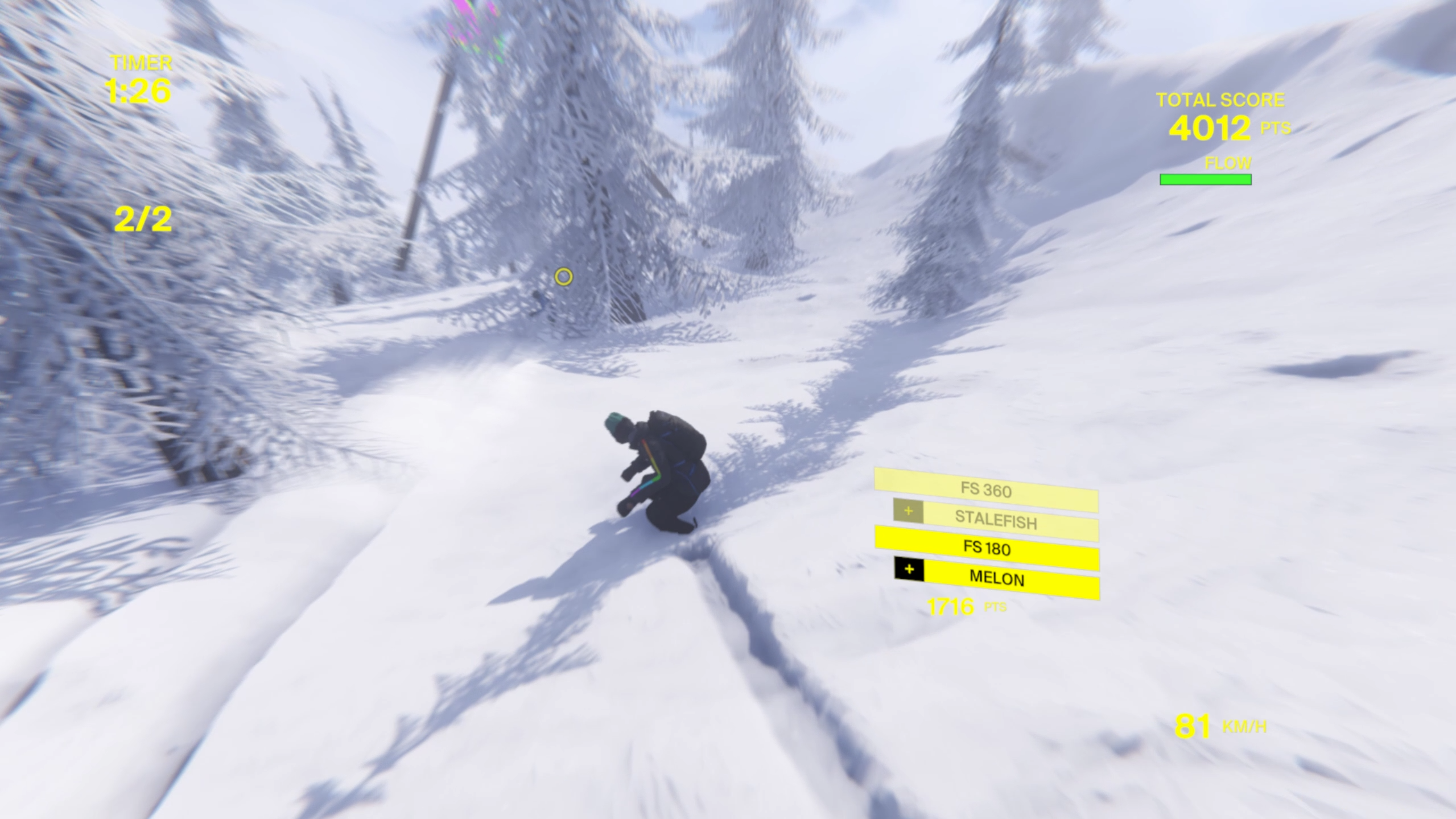 Shredders is a beautiful video game with controls that will be easy to learn and hard to master for a lot of players. Whether or not this is a good thing depends on the individual player. I still think that this game has fun while doing all of this, and hey, I’ve had my fair share of it despite constantly doing nothing but face plant on the snow.

The game is rough in a lot of areas and yes, there are even a few bugs that can make you go “huh?!” but the developers certainly knew what their limitations were in this area. Not only that, but I’m also confident that these bugs can be ironed out given enough time post-launch.

This game looks beautiful in execution once you actually get everything right and the bad things about it quickly go away as you enjoy -ahem- shredding through the landscapes. I just wish that there were other cool features such as nighttime mode, an actual move list, or other cool add-ons that would make the experience truly great.

For now, the game becomes the justification behind your latest Game Pass purchase. It’s beautiful, easy to get into, and fun to play for hours on end. I recommend you get your buddies in on the action as well so that you can make some homebrew trick videos and make a 2000s montage. Who knows? Maybe you can become the next Shredaggedon.

Shredders fills the void left behind by SSX and Amped with its beautiful visuals, easy-to-pick-up nature, and a story that knows (and pokes fun of) the limitations brought by the indie space. While the game might be a bit jank in some areas, it's still a decent experience that's easy to recommend for Game Pass owners.

Droneboarding: The Latest Sport That Will Replace Wakeboarding In The Near Future