Alright, folks. Let's keep this short and to the point because you already know what you're up to. You've seen the glowing reviews in other outlets; you've seen the backlash that the YouTuber space gave it. I am just throwing my two cents when everyone already tossed theirs. Babylon's Fall is not a good game. It's a terrible game.

I speak as someone who was hyped up for it. I mean, it's PlatinumGames, so that means I will always gravitate toward it. I was eager to cover the news surrounding its upcoming release and such. Now that the game is not only out but I also had the opportunity to review it, I have to say that this game is not one I would play even as a free-to-play game.

Why am I going there now? Because it's not a secret that Babylon's Fall has a freemium economy with a grindy Battle Pass. A practice that should only be found in free-to-play games and yet somehow is in this supposed AAA game. But guess what? I am only including this part at the beginning of the review to make sure people realize that my issues with Babylon's Fall are far beyond just the way it does its microtransactions.

Let's begin with the story and presentation because those are terrible in their own right. Babylon's Fall's story has us take the role of a Sentinel tasked with climbing the Babylon Tower. You do this by conquering multiple cloisters that house monsters with big bosses waiting at the end.

The story makes it abundantly clear that the player is unique as the process of becoming a Sentinel involves a ritual that kills most participants. Even then, it's pretty easy for the device that allows you to have those cool powers (the Gideon Coffin) has and will corrupt a lot of users with the player then being tasked to best them in combat.

While some story beats were pretty interesting in my journey through Babylon's Fall, I also was utterly bored by some of the cutscenes because they tend to drag out a lot. I started to skip stories because it felt like they failed to get to the point and just continued dragging along because it takes an entire minute to get from one character speaking to another.

Maybe I'm exaggerating there, but it also doesn't help that the presentation of the cutscenes is all over the place. In some cutscenes, you see the characters interacting in dynamic stills (like in Bayonetta cutscenes) across several paintings. In others, you watch as characters talk in-model with PS2-era like 'motions to denote someone is talking'. You know the ones.

In the third kind of cutscene, the one I was expecting to happen throughout the whole adventure, we actually get some cool cinematic cutscenes that either help set the background for the game's story or show us some cool visuals that aid the grandiose nature of the bosses. To be honest, I found myself much more engaged with those cutscenes, and it seems like the developers also went out of their way to make boss encounters unique.

Unfortunately, not even those cinematic cutscenes were aided by the game's overall presentation. The game has this sort of "Paint" aesthetic where you are supposed to feel like you're watching a moving painting. However, what it actually looks like in execution is that the game's models are failing to render properly. Almost as if they took a lesson from the Cyberpunk 2077 book on loading texture issues and called it an art style.

It doesn't help that many models for Babylon's Fall (namely those of armors and weapons) have been seemingly lifted from Final Fantasy XIV. These stick out like a sore thumb and made some of my friends laugh at the idea of Square Enix asset flipping for this supposed "new take on Platinum's acclaimed formula". At one point, the game became less about resolving the mysterious disease befalling the population and more about guessing which asset was new and which one was grabbed from FFXIV.

The color scheme is always grey and gold. While it aids in the aesthetic, it also makes for very bland visuals that turn me off altogether. Not only that, but it also makes the smear-like visuals more noticeable. Especially when you look at them on a 55'' 4K TV. I have had some people walk in on me playing this game and saying - no joking - that my PC was probably having issues or that it needed to be taken to repairs because there was no way Babylon's Fall would look like this. Of course, once they saw that it was the intended effect, they expressed the same disappointment I am feeling now.

Going from the terrible presentation to the gameplay, I think that Babylon's Fall is a Platinum game that essentially goes through the motions. You fight a bunch of enemies across multiple areas while traversing multiple bland corridors between each area. Combat in Babylon's Fall reduces to essentially killing off enemies by mashing buttons and then getting a Pure Platinum Rank despite being hit multiple times.

The combat shows how shallow it is once you try to tackle it solo. Enemies can downright stand still and do absolutely nothing while you go ham against them. On other occasions, the enemies can just watch as you pummel their friends with hammers and swords. In many ways, it feels like the enemies are just practicing dummies for your weaponry.

Now, at long last, I can talk about one of the very few positives of Babylon's Fall. The game gives you the option to pick between 5 different weapon types: Sword, Shield, Bow, Rod, and Hammer. Each weapon has two attack types, and each of them has different effects depending on whether you use it with your hands or as part of your magic tendrils (or the Gideon Coffin, whatever).

Rods, for example, can be used to enchant yourself and your allies with different buffs while being wielded on the backside. Meanwhile, using them with your human arms allows you to cast fireball spells as a ranged option. Because of this, there's a wide assortment of weapon and combat styles the player can take alongside their allies to support the team in more ways than one.

You could take a more aggressive approach with swords and hammers or become a supportive ranged attacker with bows and rods. My favorite playstyle has always been the Attack buff rod magic effect with piercing arrows alongside the sword and hammer on the main slots. Why? Because it lets me kill things faster while replenishing my mana just as quick, that's why.

Yeah, it's back to the negatives. While I will grant that the locales at least become more varied the deeper you go into the tower, it still becomes a tedious game of mashing buttons against enemies. This isn't helped by the insulting fact that the really good stuff is basically locked behind post-game.

I mean, I would argue that the game begins to get interesting as soon as Elemental Attacks are introduced. When I talked about my grievances with other members of the Wccftech staff, you wouldn't believe how much they've told me about how good the game gets after reaching post-game.

After playing the game for a while and reaching post-game myself, I do agree. The weapon variety on top of the many different gameplay elements that get unlocked turns Babylon's Fall into a more interesting affair. I'm not just talking about the elemental attacks, by the way. Soon, you'll find yourself being able to siphon HP and mana from enemies, traversing stages quicker, and even enhance your weapons to be more devastating.

So, why is my review of Babylon's Fall going to be scored so low if the gameplay post-game is excellent? Because, to be frank, the journey to get there is simply not worth it. If players didn't forgive Final Fantasy XIII for its lackluster gameplay that felt like a 30-hour long tutorial until it "Became good" in Chapter 8, then what's this game's excuse, and why should people torture themselves with a rather lackluster early game experience?

First impressions matter the most. However, the gameplay becoming good after the ending of the game doesn't also excuse the game's awful pricing scheme (which I avoided talking about just so people don't misconstrue my opinion that the game's microtransactions are the crux of my issues), the horrible pacing in cutscenes, the bland story, and the terrible design flaws that plague this game.

Quite frankly, a game is supposed to hook you up from the beginning. If it cannot do that, then what's the point of even having to play the endgame? If I wanted to play a live service game that's grindy in nature, I would play Dissidia Opera Omnia. Not only because I don't have to grind that much to get characters up to speed, but also because that game has me thinking about my approach to several combat scenarios as a turn-based RPG.

I'm not even saying that Babylon's Fall has to make me think to become good because it certainly does so at the latter part of the game. I am just stating that the game fails to make a good impression that makes me want to go further beyond the initial stages. I did so because of the review, but I certainly didn't want to continue playing multiple times throughout this painful journey. In the end, it's not even worth looking at this tower. 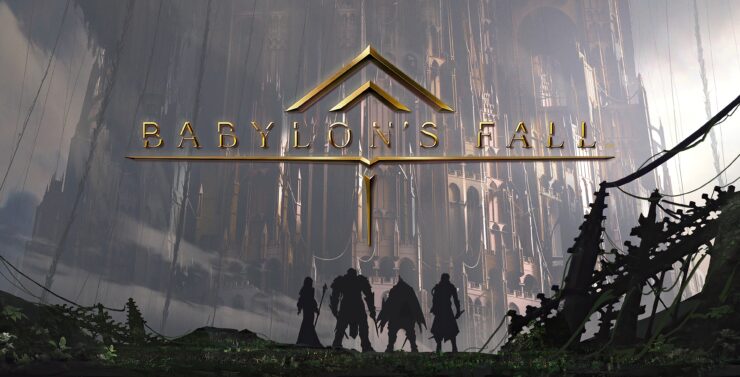 Babylon's Fall is a terrible experience all the way throughout. Reaching the endgame and postgame content (when the game actually becomes quite good) doesn't matter because the journey to get to that point is the most painfully boring affair in gaming. The game's dull story and horrendous visuals certainly don't do this game any favors. 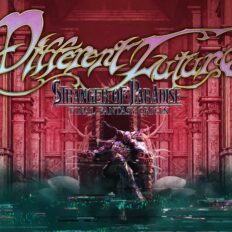