The game originally came out in 2012 and was meant to be a spin-off/sequel to Persona 4. However, thanks to its controls and intuitive combo system, Persona 4 Arena became more popular within the fighting game community to the point where it had a few spot appearances at certain EVO events. Now, this particular bit of history is coming to PC and consoles in a renewed form.

This review will tackle both my impressions with the current version of Persona 4 Arena Ultimax (which will now be referred to as P4AU2 for reasons we’ll talk about later in the review) and the game as a whole. Will this be a game worth picking up for newcomers? Is this game going to reappear as a major entry in the fighting game scene? Well, let’s find out in this review.

This version of Persona 4 Arena Ultimax brings the changes from the second version released in arcades. In other words, all the changes brought to the arcade version by the 2.5 patch (which was exclusive to Japan) are now going to be part of the current version of the game, hence why this game is denominated as P4AU2.

Let’s start with the bullshit. Shadow characters have access to a new mechanic known as Shadow Burst. Essentially, it gives the ability to Burst to Shadow Characters, a feature that they lacked in worldwide releases prior. In other words, you pretty much have no reason to pick the normal characters outside of certain mechanics pertaining to a specific character (such as Yu Narukami’s Raijin Enbu).

Shadow Characters are much more prevalent in P4AU2 because of this very reason. However, they also have access to Shadow Frenzy, which allows them to have unlimited meter moves until their SP meter hits 0. In other words, enjoy watching Shadow Naoto being able to 2-shot you with one super and a mix.

While Shadow characters certainly have their differences from normal characters such as not being able to use Instant Kill moves or having damage cupped by 20%, it still feels like the game heavily favors them since the majority of the mechanics are centered around meter expenditure. What difference is 20% going to make against a character that deals nearly 6,000 HP damage off of one grab like Shadow Kanji?

Regardless of such, don’t be surprised if you see a huge influx of Shadow characters popping up in the game’s online modes. It’s certainly going to be more satisfying to style on them with Yu’s Raijin Enbu (if you can manage to input it in Delay-based netcode FOR NOW), but more often than not, you’ll end up dying to a Shadow Naoto’s instant kill super.

Issues with the patch aside, P4AU2 is still as fun to play as it gets. The game boasts a full roster of 37 characters (including shadow versions of themselves). This is pretty much a love letter to fans of Persona 4 Golden and Persona 3. Not only does it include a massive story mode that essentially acts as a sequel to both games, but it also is pretty well-written and has a lot of character interactions and references those fans of the series will love.

In terms of the content, this version of the game has all of the content unlocked from the get-go. From the moment you boot up the game you have access to every character, the Adachi story mode (as an unlockable), All the P4AU glasses packs, all the color variation DLCs, and the Boss Mode for every character (which you had to unlock by completing Arcade mode with them on Risky Difficulty previously).

I’m sure some fans are delighted that they won’t have to shell out some dough just to get the DLCs. Everything is included within the base game, and the base game is pretty cheap on all storefronts.

Persona 4 Arena Ultimax also brings Golden Arena mode. This special mode allows players to fight through multiple floors to earn EXP and ultimately customize their characters to the playstyle they use. In this mode, you also can build social links with support characters and use support skills that can give you an advantage during battles.

On the subject of netcode, we already know the story. The game is going to have a Delay-based netcode. While the majority of players were upset about this development, their worries were eased the moment ATLUS announced that the game will be getting rollback netcode way sooner than anyone would’ve anticipated. For now, the game’s netcode works just fine. Once again, the issues brought by delay-based netcode are still here. However, unlike Phantom Breaker Omnia, we’re going to receive rollback netcode during the summer of 2022.

As such, you can add a point of score to this review once the game finally gets the rollback netcode treatment across all consoles. In the meantime, you can use the game’s other modes to hone your skills and learn the ins and outs of the game for the moment rollback gets implemented so you can play with your friends online without issues.

Persona 4 Arena Ultimax is pretty much the best version of the game you can buy at the moment. Not only is it bundled within the Midnight Channel Collection, but it also is quite cheap if you get it as a standalone product. For what it’s worth, the game has tons of replay value within the various modes that go beyond the usual Mission mode and Training mode.

It reminds me of the era when fighting games tried to add more variety and easter eggs to justify their price tags. While I do agree that the recent focus on the mechanics themselves has actually led to more variety and better ways to ease access to them, I still believe that a great fighting game can actually provide a lot of content that can attract players of different genres.

Persona 4 Arena dared to bring RPG elements to a fighting game. Not only that, but it also managed to be easy to access for a lot of people and it also became a game that a lot of hardcore players could get behind. Persona fans were satisfied with the story and other gameplay modes, while the fighting game fans were able to sink their teeth into a fantastic game that offered a lot.

If my recommendation isn’t enough for you, just ask around your fellow gamers and you’ll find that a lot of people deeply respect this game and the contribution it made to the fighting game scene. Persona 4 Arena Ultimax is definitely one of Arc System Works’ best works (pun intended), and it gives a lot of players hope for the future of fighting games now that it’s come back to life. 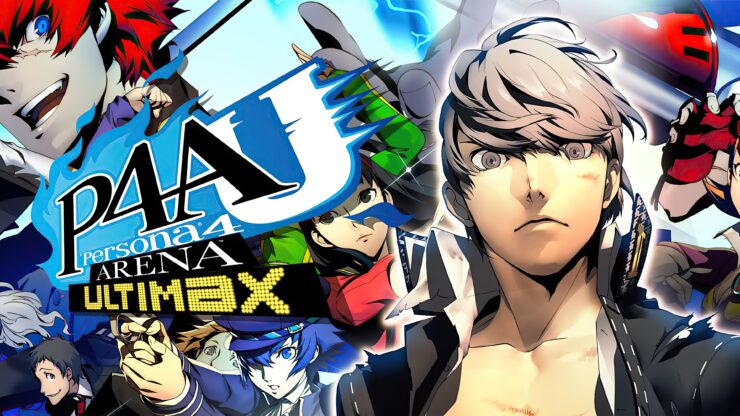 Persona 4 Arena Ultimax brings the best version of the game for fighting games and Persona series fans alike. People will be incredibly pleased by the beautiful fusion of easy-to-control characters alongside the highly detailed sprite animations and the wide variety of gameplay modes that are sure to keep various gaming genre fans hooked. 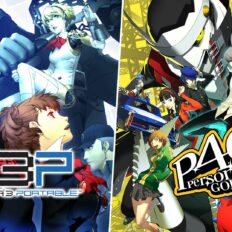