Hardware-accelerated ray-tracing is going to be one of the key talking points about RDNA 2 GPUs and not just the desktop parts but all RDNA 2 based products in general. Consoles are going to be relying on ray-tracing as a major selling point and there's a lot of anticipation surrounding AMD's first attempt at ray-tracing.

As we had mentioned in the GPU deep-dive, the main block responsible for handling ray-tracing is known as RA or Ray Accelerator. There's one RA per CU and the flagship parts have up to 80 RAs in total. Each CU can process 4 Ray/Box intersection & a single Ray/Tringle intersection per clock cycle.

According to AMD, they will allow full raytracing support in games that are based on Microsoft's DXR and Vulkan Raytracing APIs and there are a lot of titles that already do that.

AMD themselves is targetting 1440P 60+ FPS performance in several AAA raytracing titles but it's not just games that will take advantage of AMD's RA cores. Content creators can also leverage the full potential of AMD's hardware-acceleration for ray-tracing in several applications such as Maya, Houdini, Blender, and AMD's own Radeon PreRender (with additional plug-ins). With RA cores, the performance improvement is seen all the way up to 68% over the Radeon VII graphics card which relies on a software-accelerated technique.

First up, we have a new Mesh Shading pipeline that works in tandem with GPU compute. Mesh Shaders allow AMD to reveal more detail in the game environments through advanced culling & work creation. 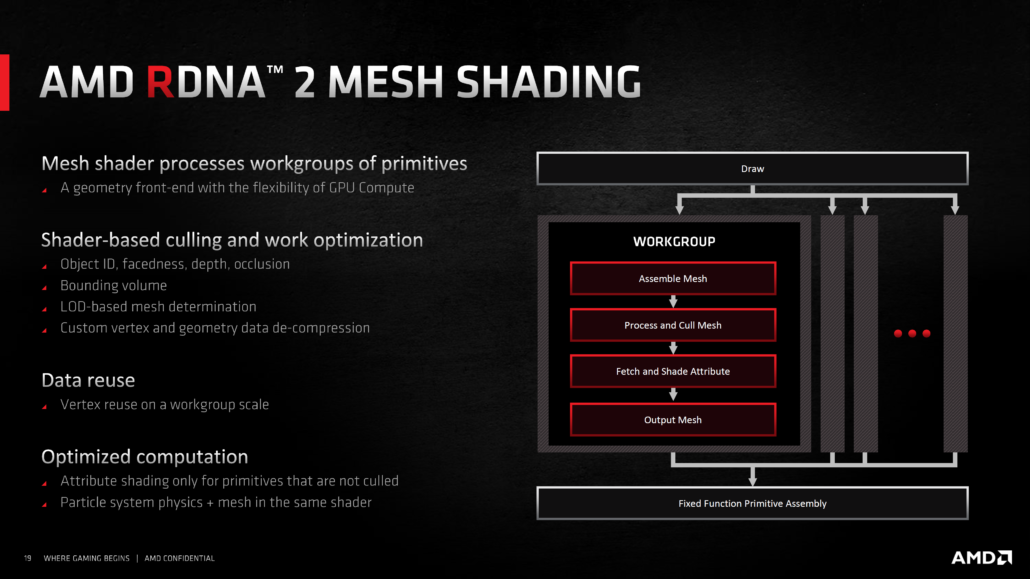 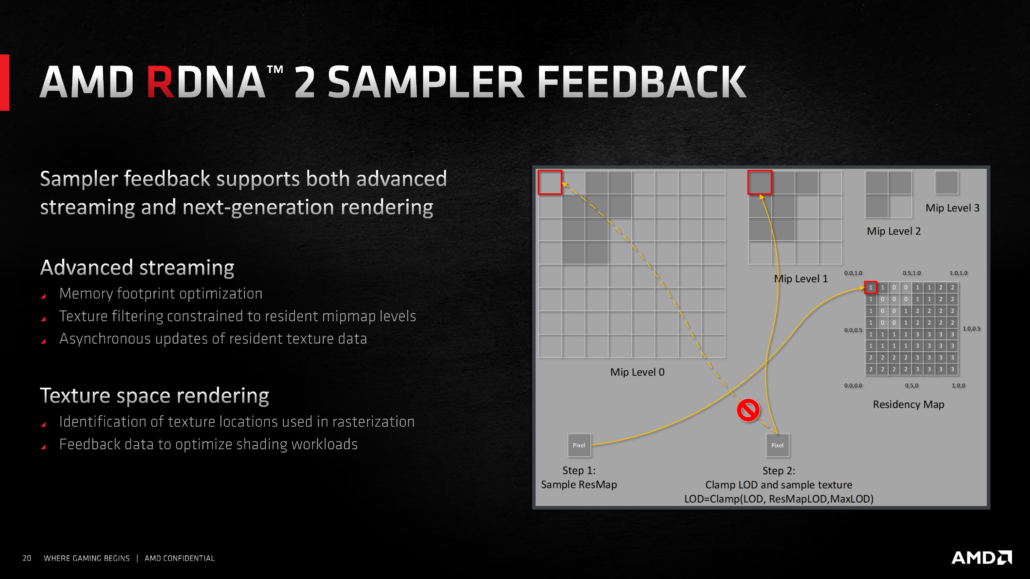 Variable-rate shading allows the hardware to focus the rendering work where it is most needed to deliver the most important visual cues in an image.

The AMD RDNA 2 variable-rate shading functionality allows for a unique shading rate to be selected for every 8 x 8 region of pixels. This very fine granularity enables developers to make better decisions as to the right shading rate for a given region.