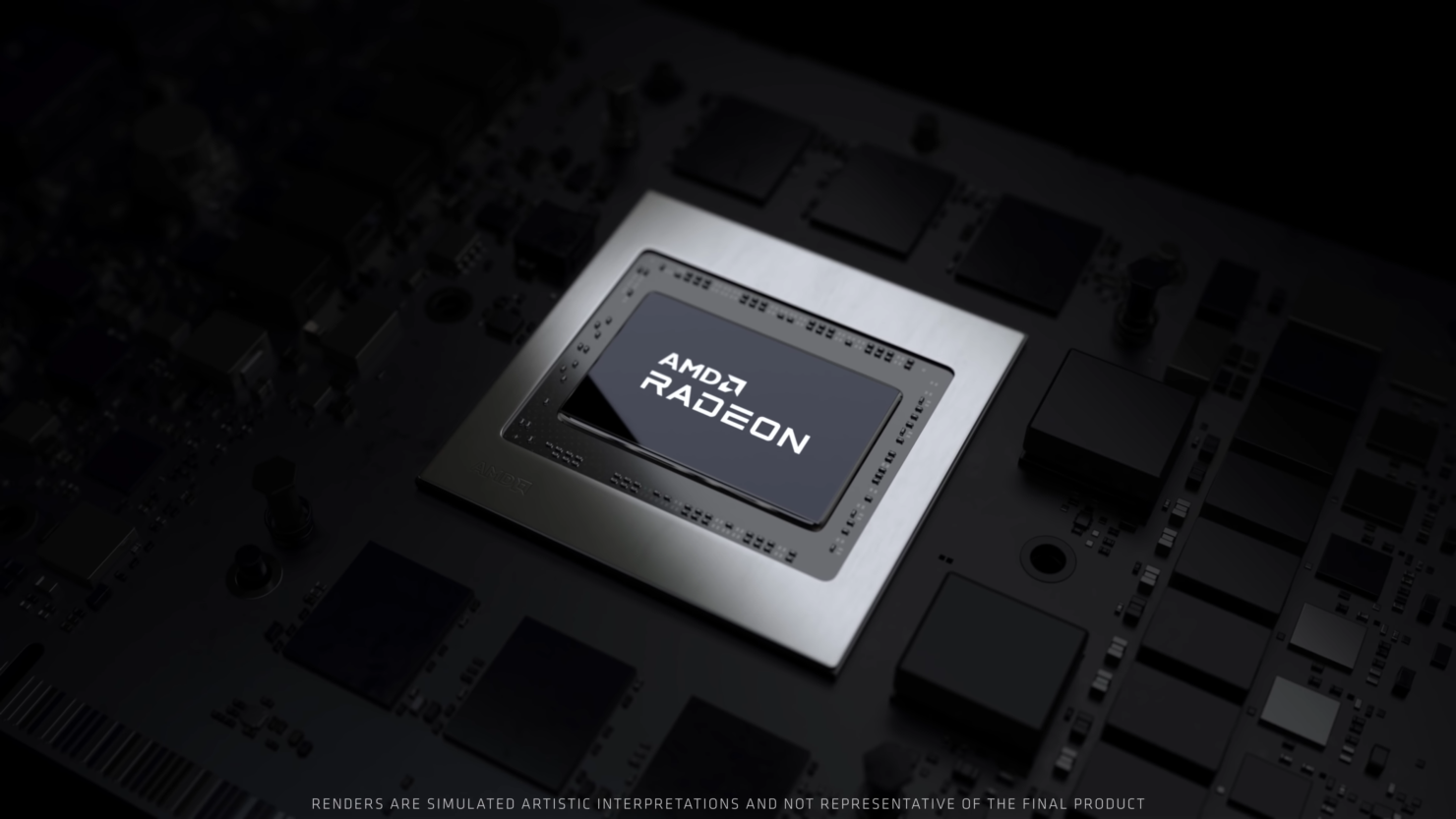 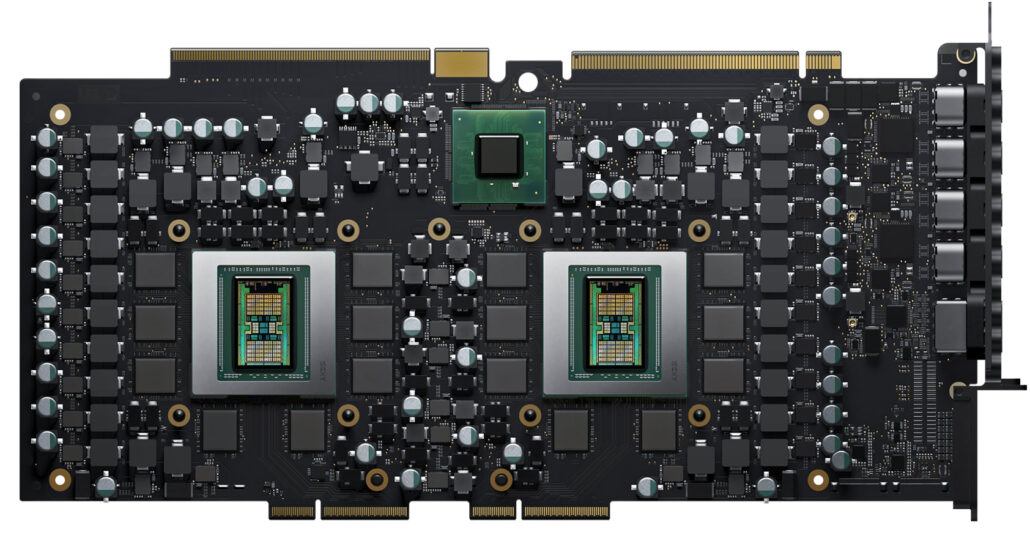 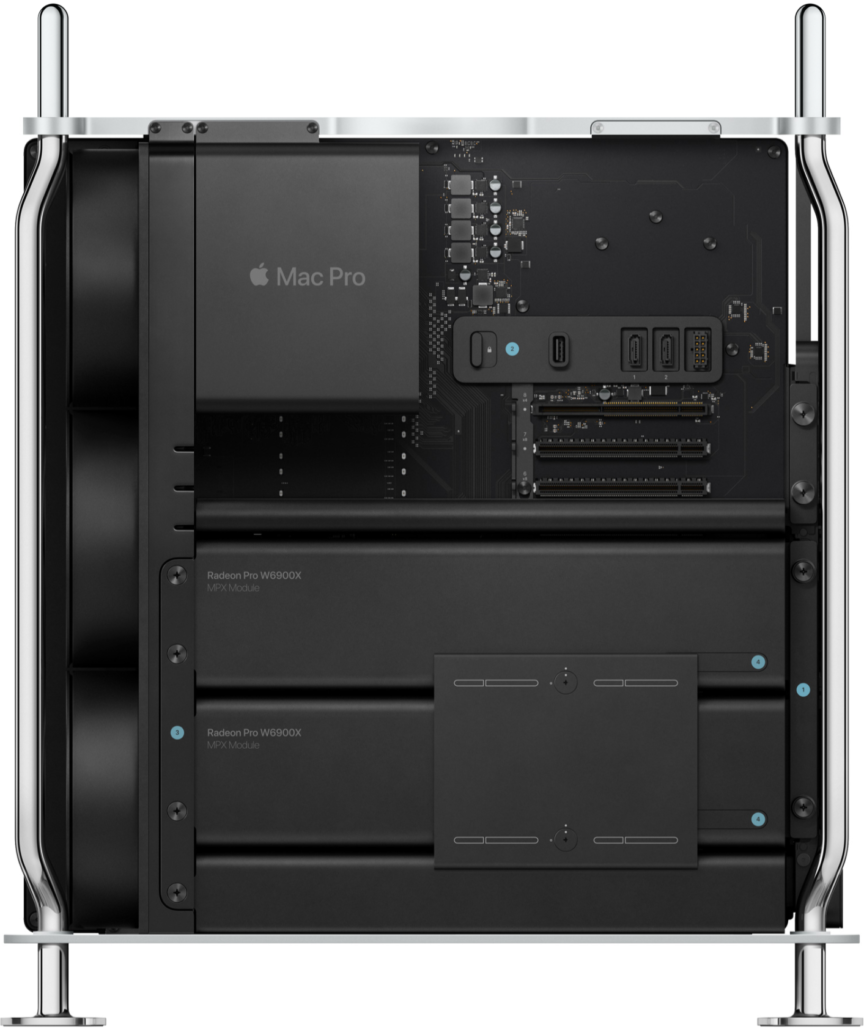 The AMD Radeon PRO W6800X is also a single-GPU configuration but rocks the cut-down 60 CU variant of the Navi 21 chip which features a clock speed of 2087 MHz, up to 16 TFLOPs of FP32, 32 TFLOPs of FP16 Compute performance, and 32 GB of GDDR6 memory running across a 256-bit bus interface with up to 512 GB/s of bandwidth. The W6800X being a cut-down and lower clocked GPU should be sitting at around 300W power consumption.

The flagship variant of all is the dual Big Navi 21 GPU-based Radeon Pro W6800X which offers up to 64 GB of GDDR6 memory and two 60 CU GPU dies that offer a total of 120 Compute Units or 7680 cores. The clock speed for each core is maintained at 1979 MHz, offering up to 30.2 TFLOPs of FP32 and 30.2 TFLOPs of FP16 Compute power. The card offers up to 1 TB/s of memory bandwidth with its dual 256-bit bus interface. The two cut-down Navi 21 GPU dies should bring the total wattage of the DUO to around 400W. 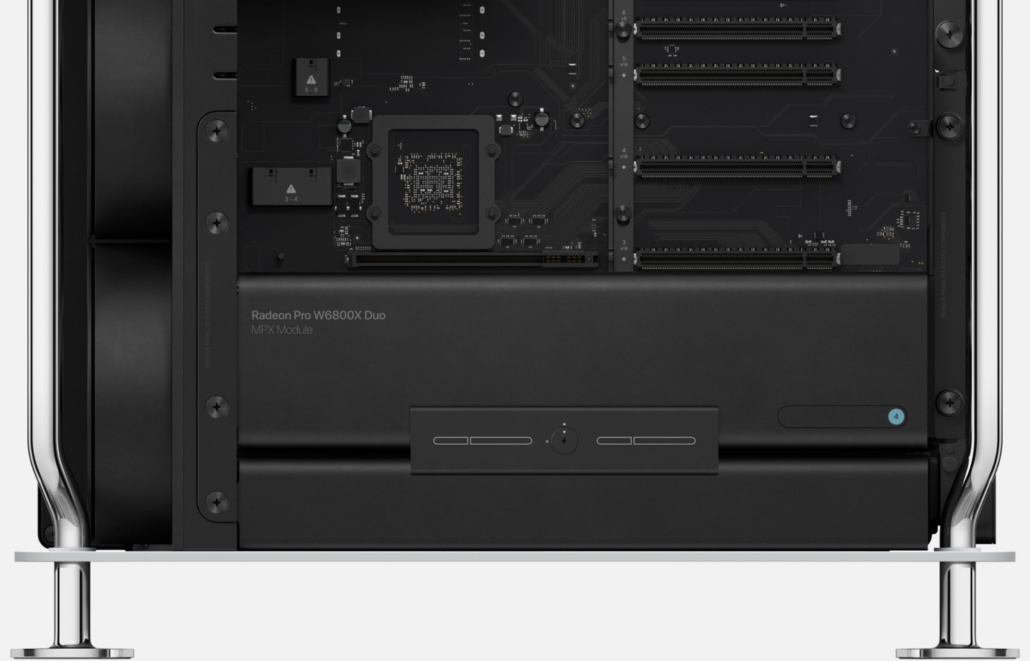 A second connector. An industry first.

The MPX Module starts with an industry-standard PCI Express connector. Then more PCIe lanes integrate Thunderbolt and additional power provided to increase capability. With up to 500 watts, the MPX Module has power capacity equivalent to that of the entire previous-generation Mac Pro.

With up to 16.0 teraflops of compute performance, 32GB of memory, and 512GB/s of memory bandwidth, the MPX Module with Radeon Pro W6800X is a powerhouse. For even more power, two Radeon Pro W6800X GPUs combine to create the W6800X Duo. With double the graphics performance, memory, and memory bandwidth, it’s our most powerful graphics card. The two GPUs are connected through the Infinity Fabric Link, which allows data transfer up to 5x faster between the GPUs. It’s huge for apps that are optimized for multiple GPUs.

To push your graphics performance even further, Mac Pro supports configuration of two Radeon Pro W6800X Duo MPX Modules. The four GPUs combine to add up to 60.4 teraflops and 128GB of high-bandwidth graphics memory. It’s a massive amount of performance built to tackle even the most demanding multi-GPU pro applications.

All cards feature a standard PCIe x16 interface and an MPX connector that routes power to the board. The MPX connector gets up to 500W to the GPU and there's space for up to two additional Radeon PRO graphics cards for increased compute performance and memory options.