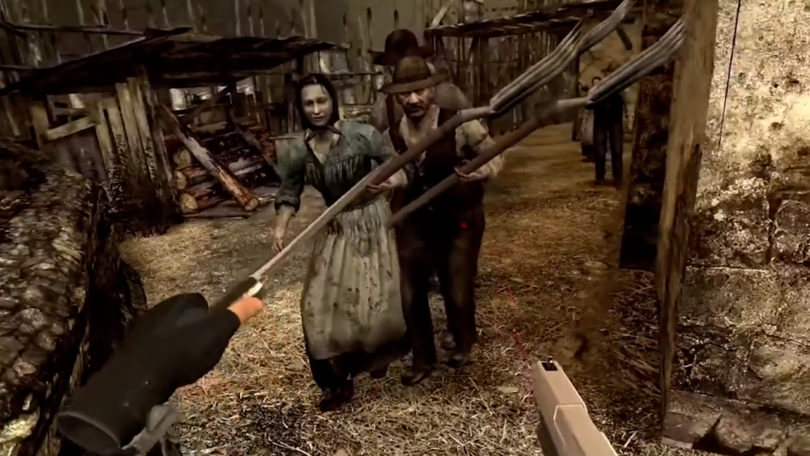 Resident Evil 4 VR, a VR remake of the fourth main entry in the series developed by Capcom, is going to be released next month.

A new extended gameplay trailer that has been shared online today confirms that the game will launch exclusively on Oculus Quest 2 on October 21st. You can check out the trailer below.

Resident Evil 4 VR supports both full-motion movement and teleportation travel. One of the biggest changes to RE4 in VR is how items are managed. You’ll now be able to draw your weapons and items directly from your virtual body, whether that’s reaching to your belt for a gun, or pulling a health item from your left shoulder.

Entire puzzles and other objects, like the typewriter you use to save, have been recreated in VR to be fully interactive as well.

Between boss fights and enemies is Resident Evil 4’s beautiful, gloomy world. While I’ve seen this world many times over the years, there’s nothing quite like seeing it in VR. The constant overcast becomes physically oppressive, and you can almost smell the rot and blood in the village. But there are also moments of serene beauty and you can see it for the first time only in VR.