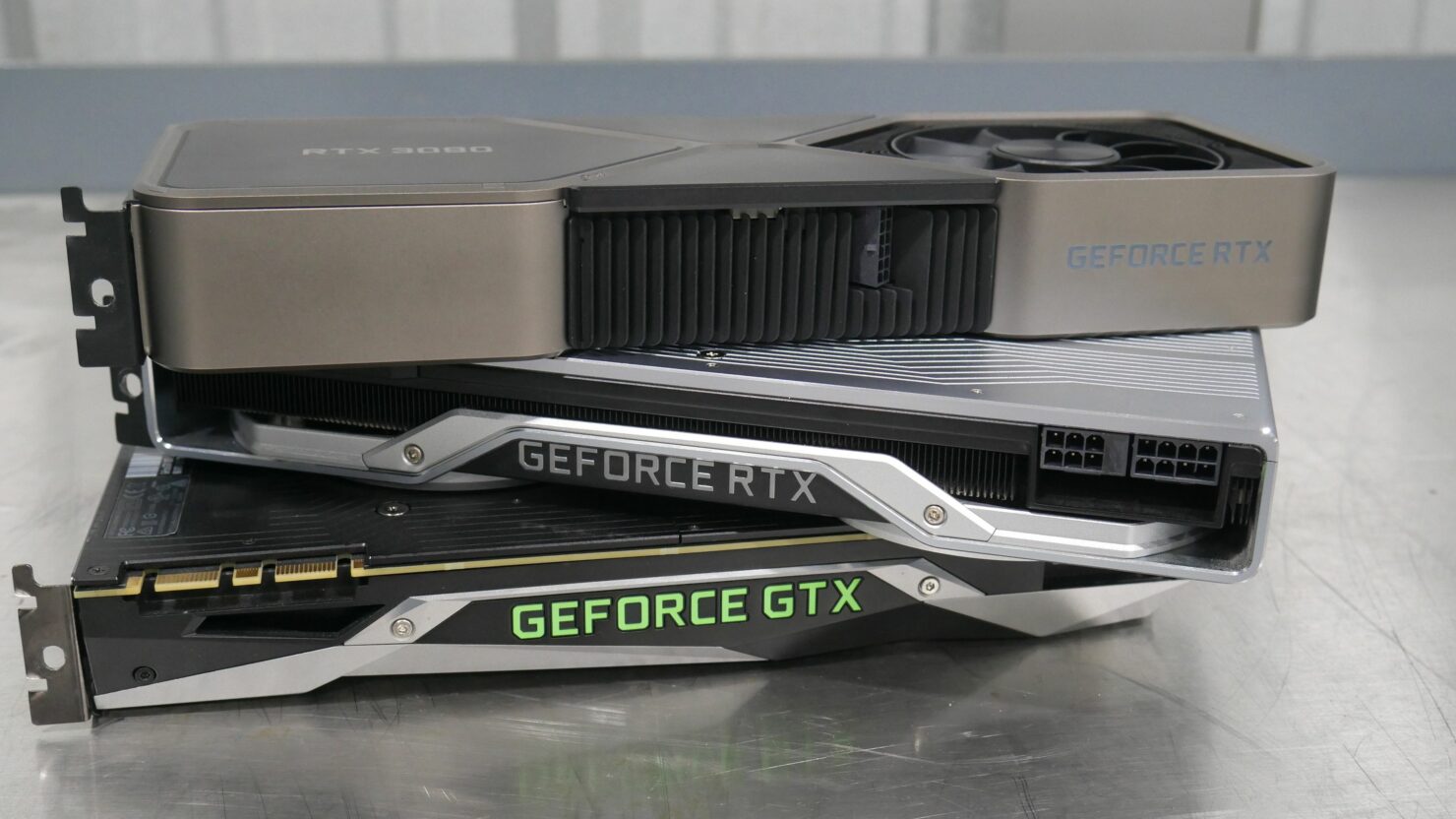 After an unexplained delay of almost a week, the Steam Hardware and Software survey results for January 2022 are finally here. Last month's top leaders were AMD, Microsoft Windows 11, and the Oculus Quest 2 (Meta Quest). However, NVIDIA's GeForce RTX 30 Mobility GPUs along with AMD's CPUs have seen a major boost in the outgoing month.

AMD rebounded in the computer processor category after seeing a plunge in users last December, which is the first time the company failed to swipe stakes from Intel since last August. Last month, an increase of 0.25% more survey participants utilized AMD processors, driving the company's overall share to 30.96%. 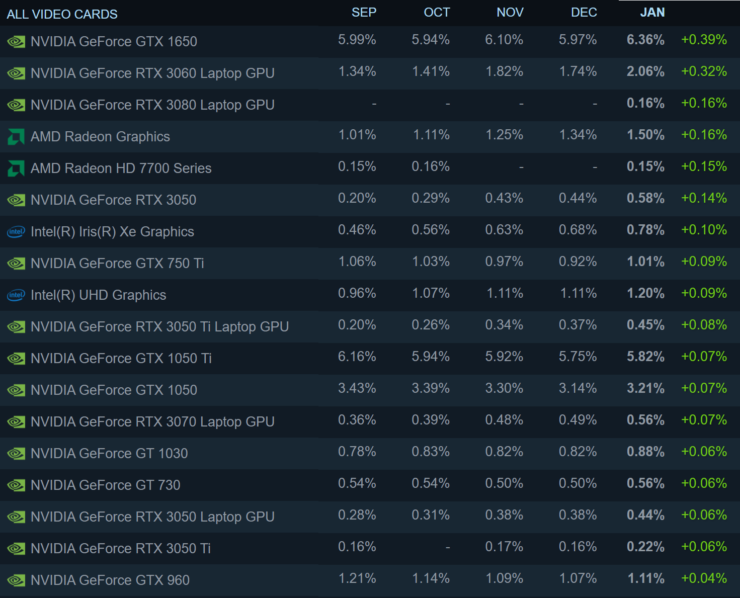 There were no changes in the top ten graphics cards list, except for the laptop RTX 3060 GPU moving higher. The Radeon RX 6700 XT with AMD remains the only RDNA 2 graphics card list. 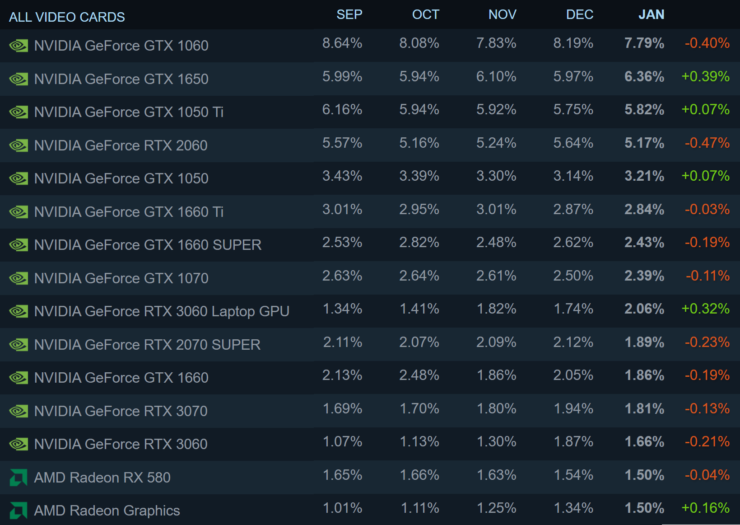 Windows 11 persists compared to its predecessor, Windows 10, which led to 3.41% more participants opting for Microsoft's current operating system last month, bringing the total to 13.56%. Also, above a quarter more users now have access to 8GB of system RAM, as those with 16GB currently lowered from the previous month's totals.

Finally, the Steam survey from January shows 2.14% of all participants surveyed own a virtual reality (VR) headset, and about half of the users (46.02%) are Oculus Quest 2, or Meta Quest, owners.