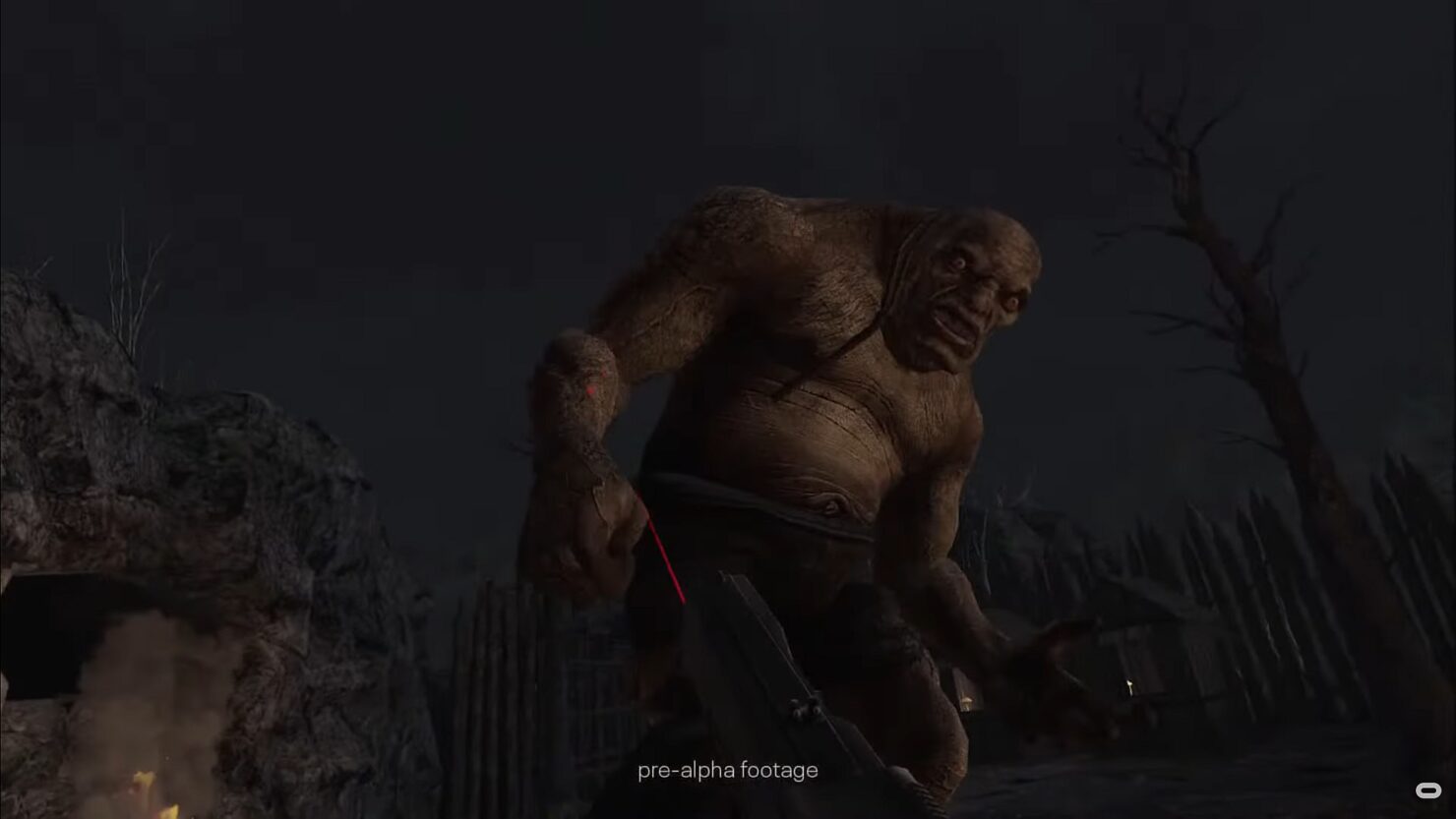 During yesterday's first Oculus Gaming Showcase, Resident Evil 4 VR easily stole the show when it came to the amount of gameplay footage and information that was shared.

The game will be played from first-person view, unlike the regular version, but that's just the tip of the iceberg. The developers, who are using Unreal Engine 4 for Resident Evil 4 VR and have remastered over four thousand and a half of the original textures, also re-engineered items and objects to be physical objects that can be picked up with the Oculus Touch controllers.

Even switching weapons can be done by simply picking them off Leon's body, instead of having to go through the menu, and there's dual-wielding of weapons too, which was not available in Resident Evil 4. Spatial audio has also been introduced in order to further increase immersion.

Critical to any Virtual Reality game is the movement system. In Resident Evil 4 VR, players may still use the analog stick, though a full upper-body rig was implemented on top of Leon’s character to combine his movement with the dual-handed interactivity achieved with Touch controllers.

Other movement options include teleportation and, for those with enough playspace, room-scale movement. Playing while seated will be just as viable, too. Not everything has been modified, though, as character animations are the same and cutscenes will be presented as they were in the original.

Resident Evil 4 VR has been in development for over two years through a collaboration of Oculus, CAPCOM, and Armature Studio. The game will launch exclusively on the Oculus Quest 2 later this year.

That's not all that was revealed at the showcase, though. Ready at Dawn's single player game Lone Echo II debuts this Summer on Oculus Rift and Oculus Quest with Link, and the same can be said about After the Fall, a post-apocalyptic shooter that offers up to four players through co-op.

Unlike Lone Echo II, though, After the Fall is not an Oculus exclusive and will therefore launch on PlayStation VR and SteamVR, too.