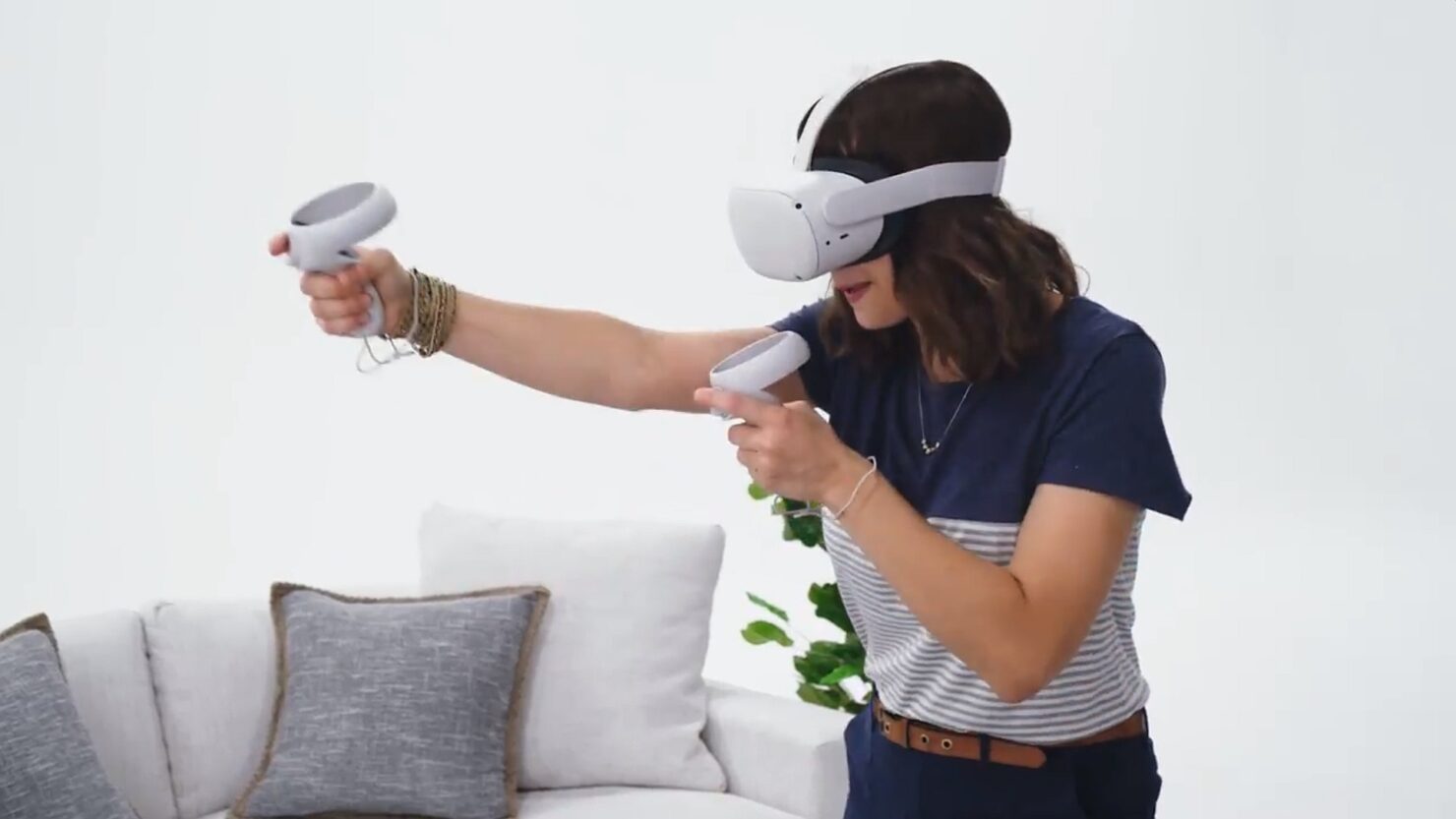 The rumored Oculus Quest 2 just got confirmed by a couple of leaked videos that went up on the Facebook Blueprint website. The videos call it 'the most advanced all-in-one VR system yet'.

It'll be powered by Qualcomm's Snapdragon XR-2 chipset, a massive improvement over the original Quest's Snapdragon 835 given its double CPU and GPU performance, 11x faster AI processing, 6x video resolution support, and 4x video bandwidth. Other confirmed specs for the Oculus Quest 2 include 6GB of RAM and an 'almost 4K' display, featuring 'nearly 2K per eye'; that's about 50% more pixels compared to the original model, making it the highest-resolution headset ever made by Oculus. In terms of storage size, there'll be a 256GB version, though it doesn't sound like it will be the basic one.

The Quest 2 will be smaller and lighter and the controllers have been made more comfortable too, thanks to improved ergonomics. The Oculus Link will still be available, naturally, allowing Quest users to play Oculus Rift games after they've connected their headset to a gaming PC.

The Oculus Quest 2 is likely to be officially unveiled during the upcoming Facebook Connect, scheduled for Wednesday, September 16th. No pricing information is available in the leaked videos, but rumors are pointing to a $300 price.

The original model was already quite popular, but this one could turn out to be an even bigger success. Stay tuned on Wccftech for more information as it becomes available.