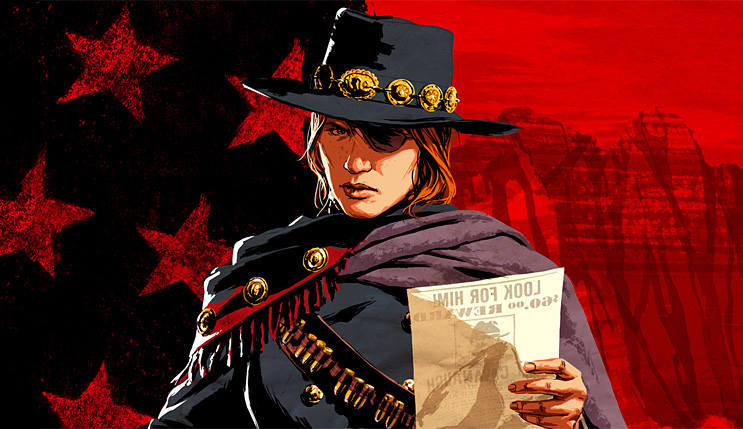 Several weeks back, Rockstar Games co-head Rob Nelson detailed plans to make Read Dead Online feel more like the core single-player game in terms of freedom, including the addition of new specialist roles that will let players tackle the game in different ways. Well, Rockstar has now detailed three of those roles – the Bounty Hunter, the Trader, and the Collector. Check out images and descriptions below.

Bounty Hunter – This role provides constant action on both sides of the law. A licensed Bounty Hunter can track down targets and capture – or kill, depending on how honorable you are in your pursuits. Occasionally, a nearby player with a high enough bounty can also be a designated target. Progression will unlock special items like a reinforced lasso for extra-tough targets, as well as intricate gun-spinning tricks and advanced tracking skills like the ability to use Eagle-Eye while sprinting, galloping on horseback and many other special skills, items and upgrades.

Trader – This role is perfect for burgeoning capitalists as you establish and develop a business from your Camp. Thanks to your trusty companion Cripps’ knowledge of furs, skins and butchery, you’ll be able to take on new opportunities to collect materials and produce valuable goods to sell. Increasing your skill as a Trader unlocks the ability to upgrade your Camp with a Weapons Locker, Stew Pot and even allow any canine companion to warn of impending attacks on the camp. As your business expands, you can gain new skills, improve your satchel or add new assets to your business-like hunting wagons to bring in bigger hauls and much more.

Collector – This role is for folks who love rare and valuable items. Look for a mystic travelling saleswoman in the wild to get started down the Collector’s path, searching for lost jewelry, rare arrowheads and other treasures to sell as individual pieces or highly valuable sets. As you progress, you will gain access to tools that help your search including Refined Binoculars, a Horse Lantern and even a Metal Detector, as well as gaining additional skills to help you seek and discover the world’s greatest rarities.

In addition to the new roles, Rockstar is promising “substantial” changes to Red Dead Online’s combat and controls. Basically, they’re aiming make RDO feel more like a regular action game, replacing the ultra detailed (and fussy) animations of the core game. There are also plans to increase the amount of loot in the game, give players the ability to reset their character’s appearance, and more.

Red Dead Online is available for free with Red Dead Redemption 2, which is available on Xbox One and PS4. No word on when the next big RDO update will drop, but expect it before the end of the summer.