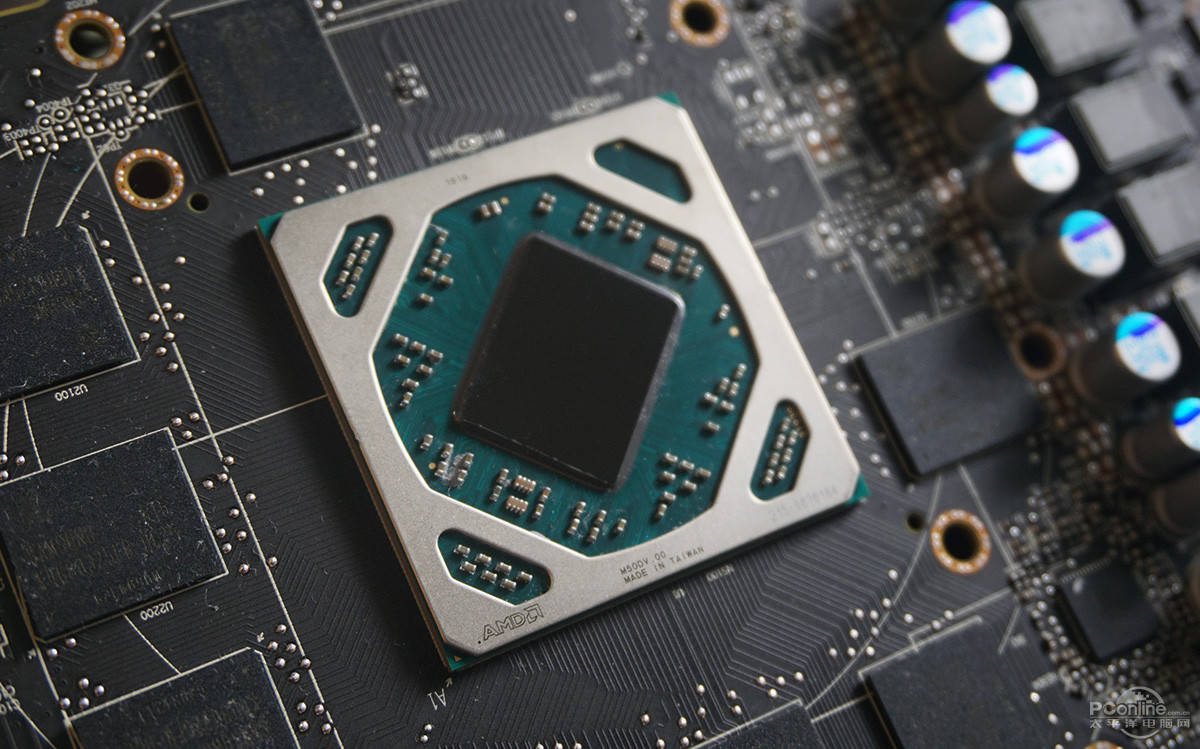 The latest AMD Radeon RX 480 Crossfire benchmarks have been unveiled showcasing the performance of the card in synthetic tests. The test results were posted by Videocardz along with the first detailed look at the new Radeon overclocking utility which will be shipping with the Radeon RX series drivers which launch on 29th of June.

The AMD Radeon RX 480 with Polaris 10 GPU launches next week at a starting price of just $199 US.

The AMD Radeon RX 480 is just a week away from launch and we know almost everything about this power efficient graphics card from AMD. Yesterday, a leak confirmed the specifications of the full Polaris 10 chip in GPU-Z shot. The Radeon RX 480 will be based on the full Polaris 10 GPU which features 2304 unified shaders based on the GCN 4.0 architecture. The Radeon RX 480 comes with 144 Texture Mapping Units and 32 ROPs which deliver a texture fill rate of 182.3 GTexel/s and Pixel Fillrate of 40.5 GPixel/s at a clock speed of 1266.0 MHz. 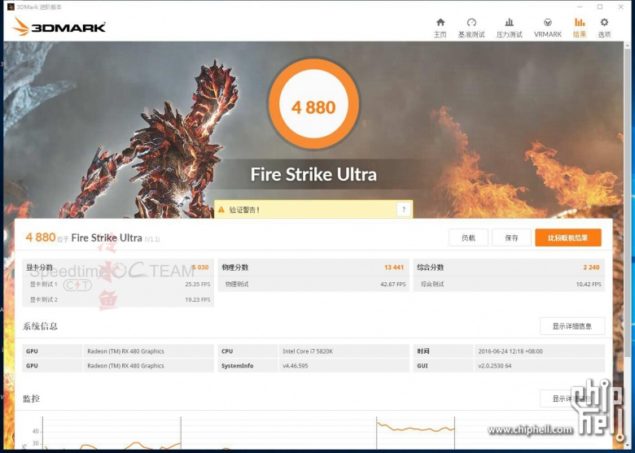 The second benchmark is 3DMark Firestrike Extreme where the crossfire configuration of the Radeon RX 480 cards scored 9191 points. In the same benchmark, a stock GeForce GTX 1080 Founders Edition card scores at 9200-9300 points. 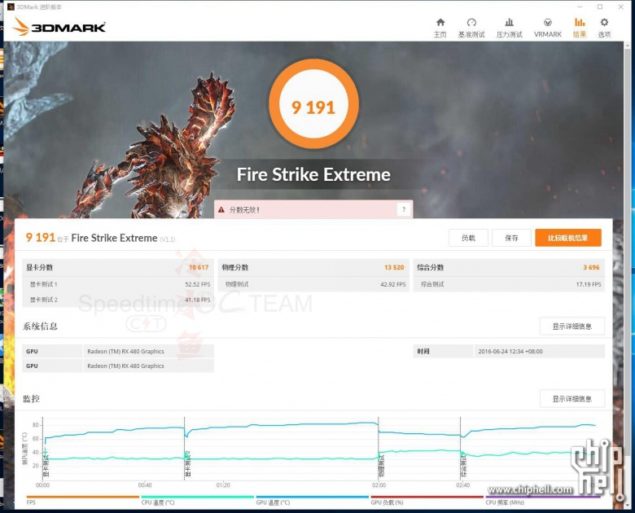 The last benchmark is from 3DMark 11 which shows two Radeon RX 480s scoring 8416 points in the Extreme preset. For comparison, the stock GeForce GTX 1080 scores around 9400-9500 points in the same benchmark while the non-reference variants of the GTX 1070 such as the ROG STRIX which can be obtained for a lower price compared to Founders Edition score 8292 points at the factory overclocked configuration. 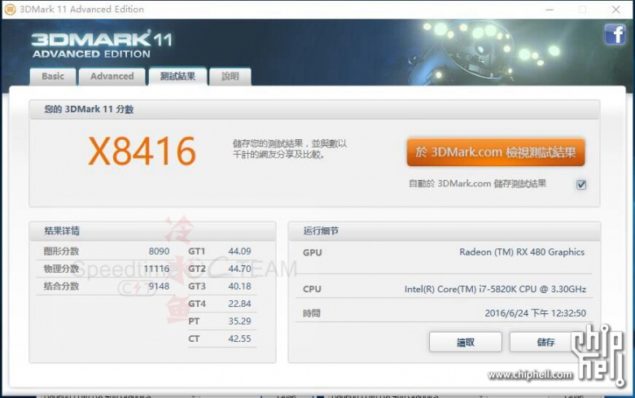 Finally, we have the GPU-z sensor panel screenshot which show the operational temperature of both cards when running in Crossfire configuration. One card was running at 87C while the other was 82C. It is possible that due to limited space between the both cards (a common problem), the second card is able to get lesser cooling through air compared to the first card. You can also check out some detailed thermal testing results over here.

Videocardz has also posted their first exclusive look at the upcoming Radeon Overclocking Utility which will be available with the latest launch drivers for Polaris GPUs. The configuration utility will allow users to adjust GPU frequencies, voltages for each power state, memory clocks, memory voltage and fan speeds. The configuration utility also allows users to set temperature, fan and acoustic limits which are great features to talk about. 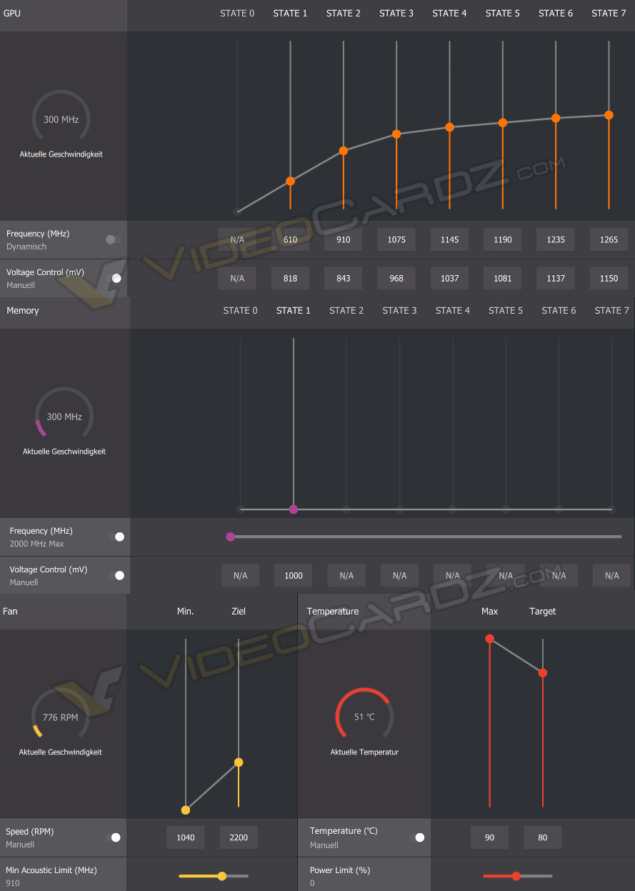