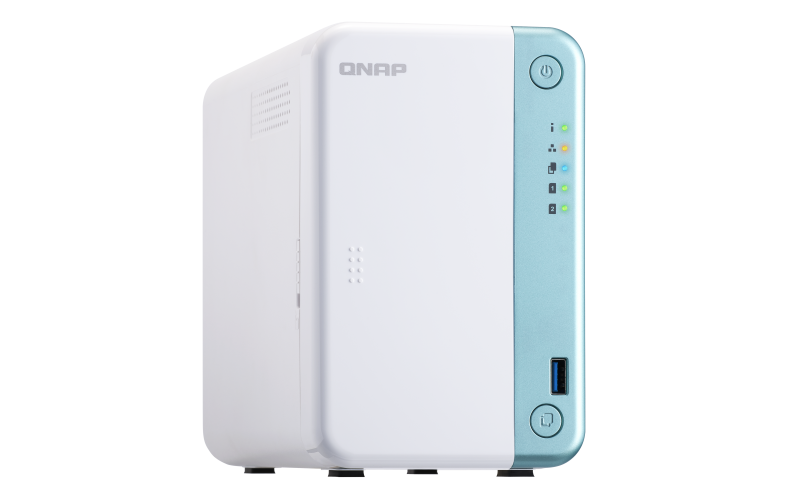 QNAP Systems, Inc. launched the 2-bay TS-251D NAS, which is powered by an Intel J4005 dual-core processor. The new NAS, TS-251D, can be used with QuMaggie, which is an AI program that groups similar photos into albums like "People," "Places," etc. The media transcoding and streaming that the TS-251D is capable of will bring a fantastic and satisfying cross-device multimedia experience. On top of these already excellent features, the TS-251D offers a PCIe slot for further expansion of its core functionality.

Some technical specifications of the TS-251D are that it is powered by an Intel J4005 dual-core processor, which has a base clock speed of 2.00 GHz but has a turbo clock speed of up to 2.70 GHz. This NAS also has support for up to 4 GB of DDR4 RAM along with having just a single Gigabit LAN port. When connecting drives, they are going to use a SATA 6 Gbps interface, and this bandwidth supports speeds of up to 600 MB/s. The TS-251D provides dependable read/write speed and utilizes Intel AES-NI 256 hardware-accelerated encryption to secure sensitive and private data on the NAS. This NAS also supports snapshots allowing users to quickly recover data in the event of accidental modification or ransomware attack. 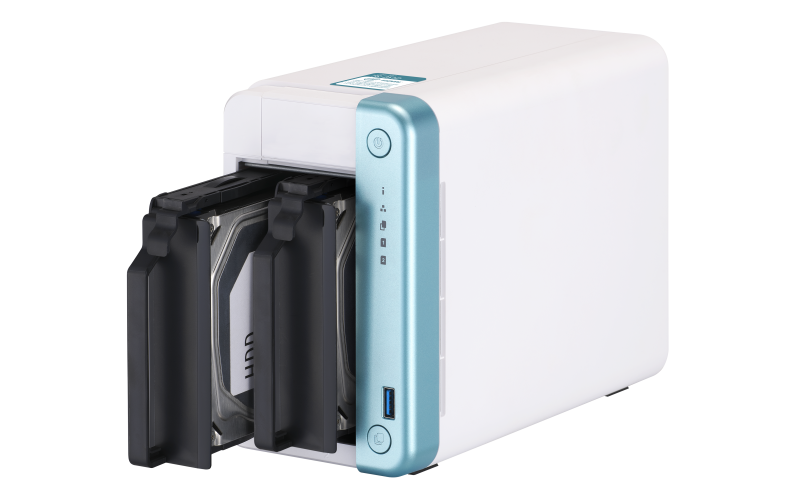 With the included PCIe slot, a QNAP QXG - 10GbE/5GbE network expansion card can be configured with an existing CAT 5e cable for upgrading NAS connectivity to a high-speed network environment. Another possible add-on card is a QM2 card that can be installed for adding M.2 SSD caching and 10 Gbe connectivity.

The app center that the TS-251D provides a wide range of productivity tools, some examples being QmailAgent, Notes Station 3, Qfiling, Qsirch, and a variety of streaming applications. The streaming applications include Cinema28 and Qmedia allow users to enjoy a smooth multimedia experience using different streaming protocols. Users can also use QNAP's remote control RM-IR004 (sold separately) with the QButton app to customize button functions for more straightforward navigation.