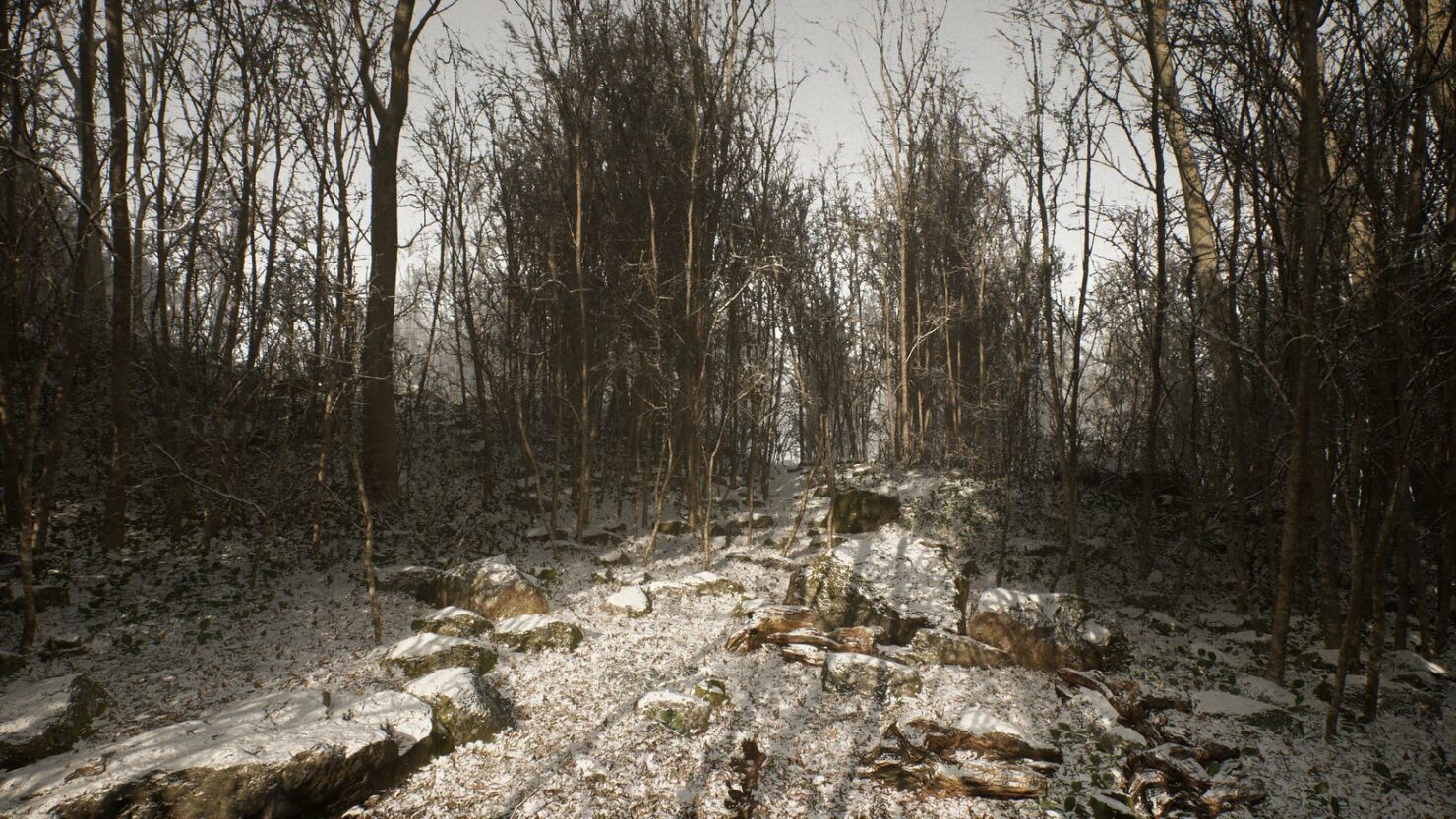 Game director Hasan Kahraman announced the upcoming new first-person horror survival shooter via the official PlayStation Blog yesterday. Abandoned is set in a detailed open-world setting and encourages players to test their survival skills through a realistic survival approach. At the moment of writing, the game is still in an early development stage. Luckily, the team did share an announcement trailer down, which can be watched below alongside a couple of screenshots.

On PS5, the title will make use of the console’s new spatial 3D audio tech and the capabilities of the DualSense controller for added immersion. As for the game’s resolution and framerate – the team is aiming native 4K resolution at 60FPS for this title with minimal loading times.

“Our team is still unraveling the power of PS5 but we’ve made amazing progress so far”, Kahraman writes. “The console allows us to process high-quality motion capture, all running at 60 FPS and rendered at a native 4K resolution. We’re making sure the environmental quality is as close to the real thing as possible. In all, the result is realistic graphics, smooth character animations, and minimal loading screens.”

The story is centered around Jason Longfield, who wakes up in a strange forest. Abandoned and not remembering how he got there, Jason soon finds out that he was kidnapped and brought there for a dark purpose. Fighting for his survival, his main goal is escape.

We want to deliver a uniquely personal gameplay experience, one that feels realistic. Every event has an influence on your character. If Jason is out of breath after sprinting (or is afraid), his firing accuracy will suffer. Unlike action shooter titles, firing weapons in Abandoned will be realistically slow. You will need to be tactical in order to survive

Our studio is focused on crafting a cinematic style, first-person story. This is no fast-paced shooter in which you just run, aim and shoot. Abandoned requires you to hide and plan every shot before pulling the trigger. We want you to be nervous come each and every enemy encounter. To be aware that a wrong move can be the deciding factor between surviving a combat scenario or not.

An exact release date hasn’t been revealed yet, but we do know that Abandoned is set to arrive on PS5 by the end of this year.