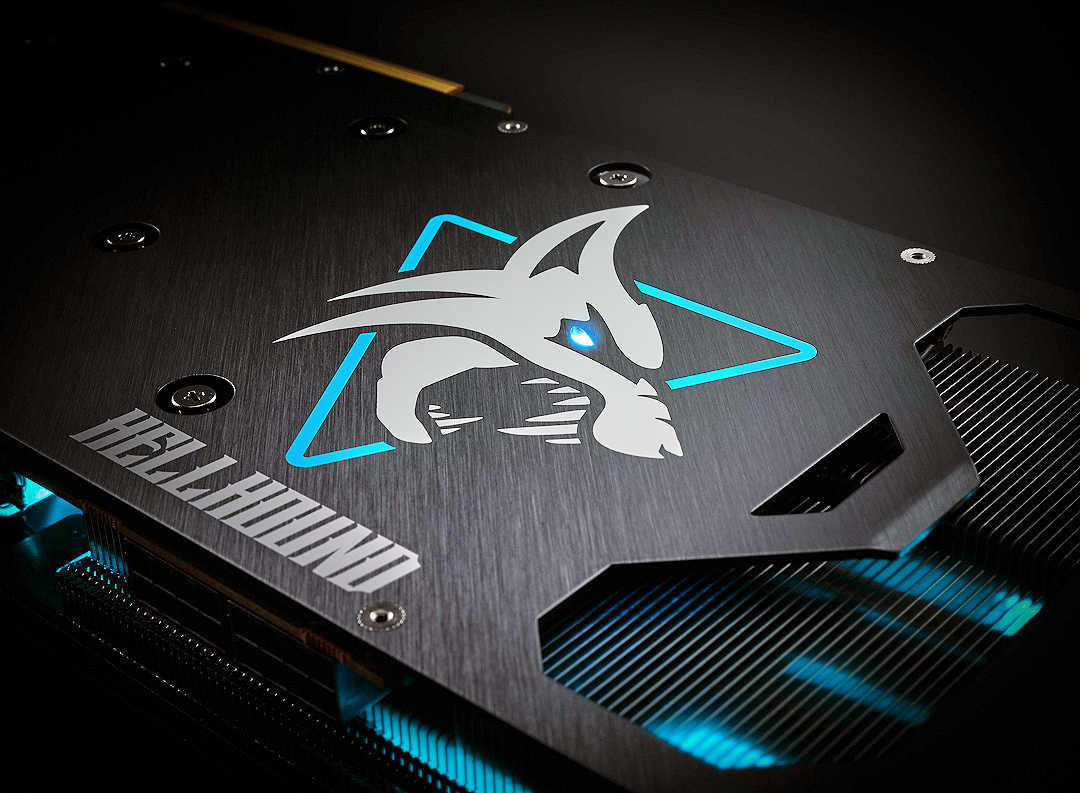 From what we learned in the launch event, the Radeon RX 6700 XT will feature the Navi 22 XT GPU that features 40 compute units which equal to 2560 stream processors. It comes equipped with 12GB of GDDR6 memory with a 192-bit bus interface and the RDNA 2 graphics architecture. The reference card is powered by an 8+6 pin connector configuration with a TDP of 230W. It also has 96 MB of Infinity Cache and 40 Ray accelerators for raytracing capabilities on the RDNA 2 based GPUs.

The Hellhound differs in the power delivery as it takes advantage of dual 8-pin connectors rather than the 8+6 pin connector configuration seen on the reference model. It's likely that the Hellhound will have a higher TDP as well. For the design, PowerColor went with a lighter blue most similar to aqua blue rather than the standard red accents seen on the Red Devil and Red Dragon series. The backplate features a devilish-looking hound that coincides with the Hellhound namesake. The hound is inside a blue triangle and the eye is lit up with a blue LED. The card seems to have blue LED accents based on the teaser.

The PowerColor Radeon RX 6700 XT Hellhound looks to be a solid card with an appealing design that will most likely feature a premium price. We aren't sure if other manufacturers will follow suit and tease their cards, but we do have leaked images of custom models from ASUS.