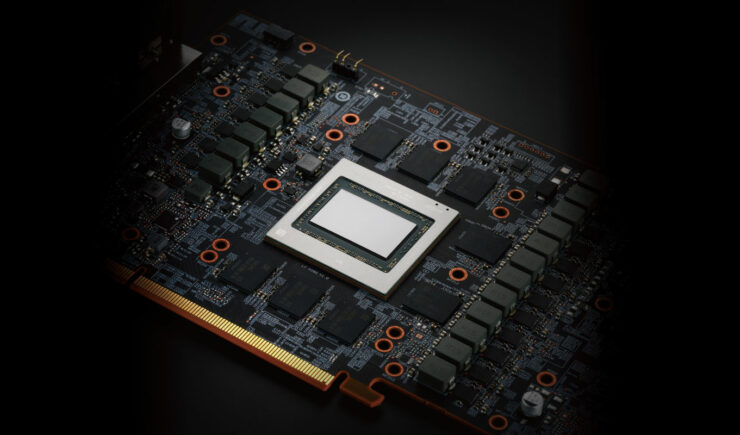 While the PowerColor Radeon RX 6000 Red Devil series was initially introduced last year, it looks like the company has now got its hands on higher-binned GPUs from AMD. Overclocking.com was able to discover that the card features the new Navi 21 XTXH GPU SKU which is a variant of the Big Navi GPU featuring the highest bin possible. This chip is featured on the Radeon RX 6900 XT Red Devil Ultimate which will be a premium and enthusiast card designed for overclockers.

As for the card itself, the PowerColor Radeon RX 6900 XT Red Devil Ultimate will feature the same cooling design as the existing Red Devil cards and come with a 16 phase power delivery which will be powered through triple 8-pin connectors.

It should be noted that all previous AMD Radeon RX 6900 XT graphics cards with the Navi 21 XTX GPU were locked at a max clock limit of 3.0 GHz. Overclocking.com states that this limit is still on board the RX 6900 XT Red Devil Ultimate which means that there's a wall that cannot be broken, even by extreme overclockers as they were testing the card under LN2.

The limit for the card is set at around 2.65 - 2.70 GHz. PowerColor also provided Overclocking.com with a brand new BIOS that raises the TDP of the card to 330W which pushed the card even higher to an overclock of 2800 to 2850 MHz which pushed the scores in 3DMark slightly higher. AMD does seem to be shipping this higher binned Big Navi 21 XTXH GPU to its partners now and we can also expect more RX 6900 XT variants from other custom board partners in the future.

As for launch and availability, there is currently no word on when the card would hit retail shelves but expect to pay a hefty premium north of $2000 US for this card given the current GPU market situation.