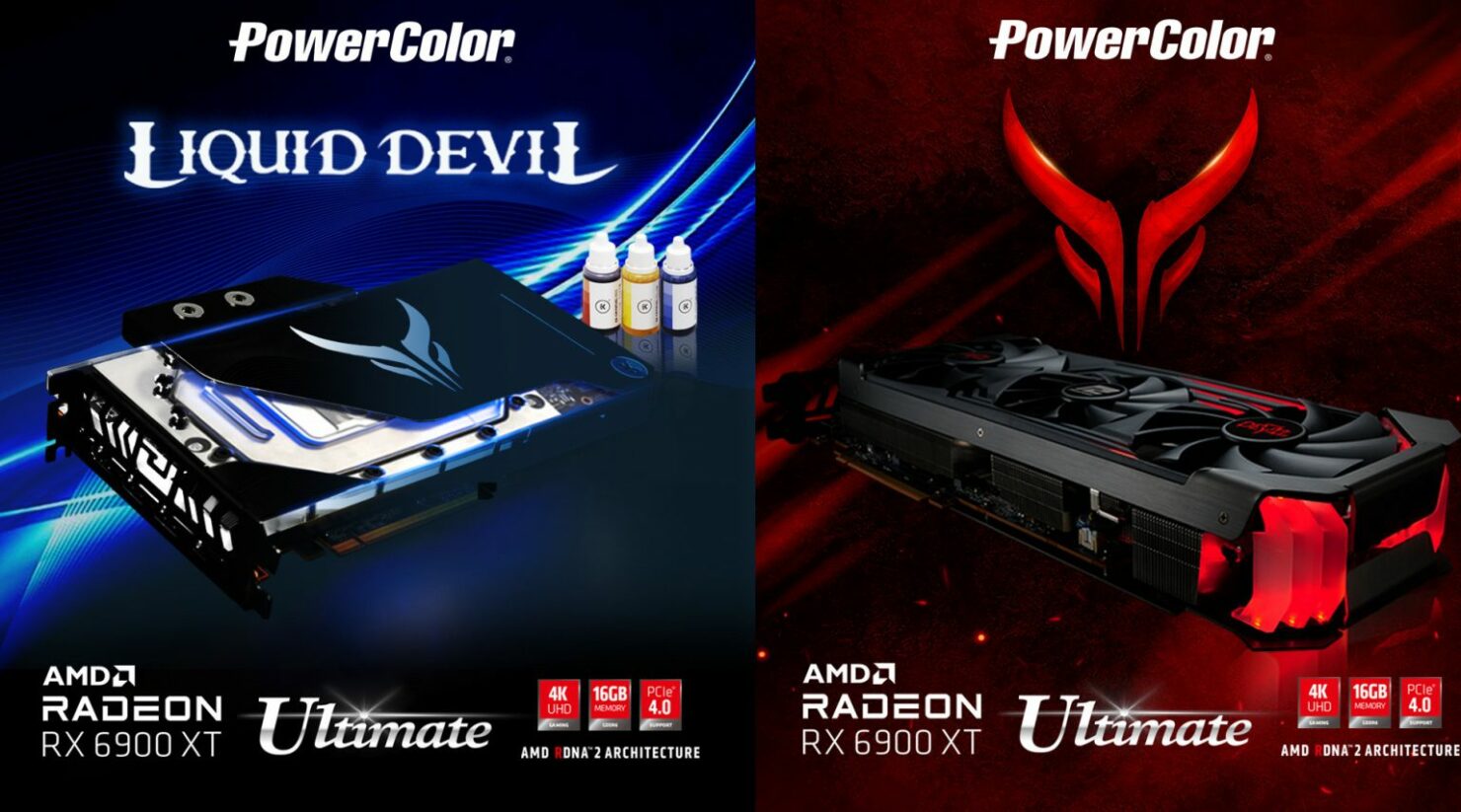 With the top of the line AMD Radeon RX 6900 XTs from PowerColor, overclocking was one the aspects most important to them in the design stages of these cards. In the past, people would hope to get the best silicon possible just by pure chance, but now binning allows manufacturers to select the best silicon for their top models. PowerColor has binned its cards to give everyone the best overclocking experience. The Navi 21 XTX GPU features 5120 stream processors, 320 TUs, 128 ROPs, and 80 RT units.

On top of the binned cards, PowerColor has also designed its own PCB with a powerful VRM configuration of 16 phases using DrMOS deployment and high polymer capacitors. With the powerful power delivery and a new VBIOS, the PowerColor AMD RX 6900 XT LIQUID DEVIL ULTIMATE can boost up to 2525MHz and the RED DEVIL ULTIMATE can boost up to 2425MHz. Both of them receive this power through a triple 8-pin connector. 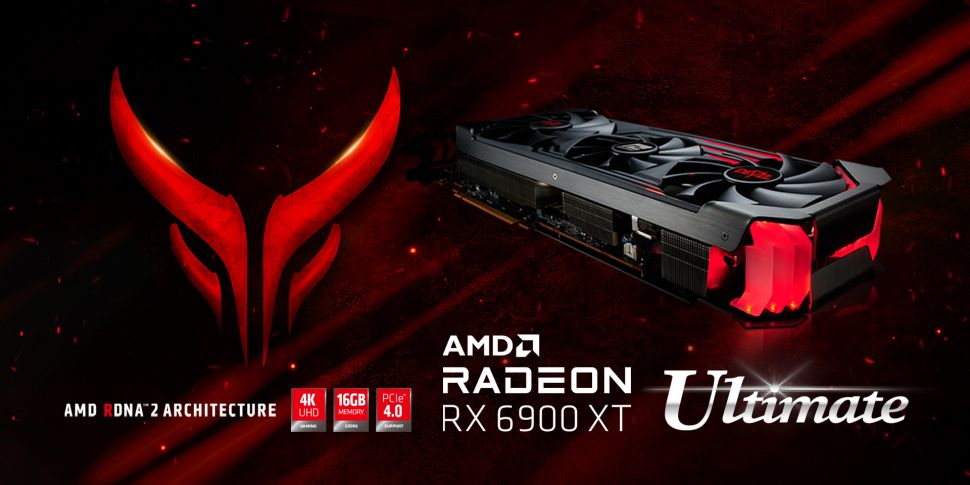