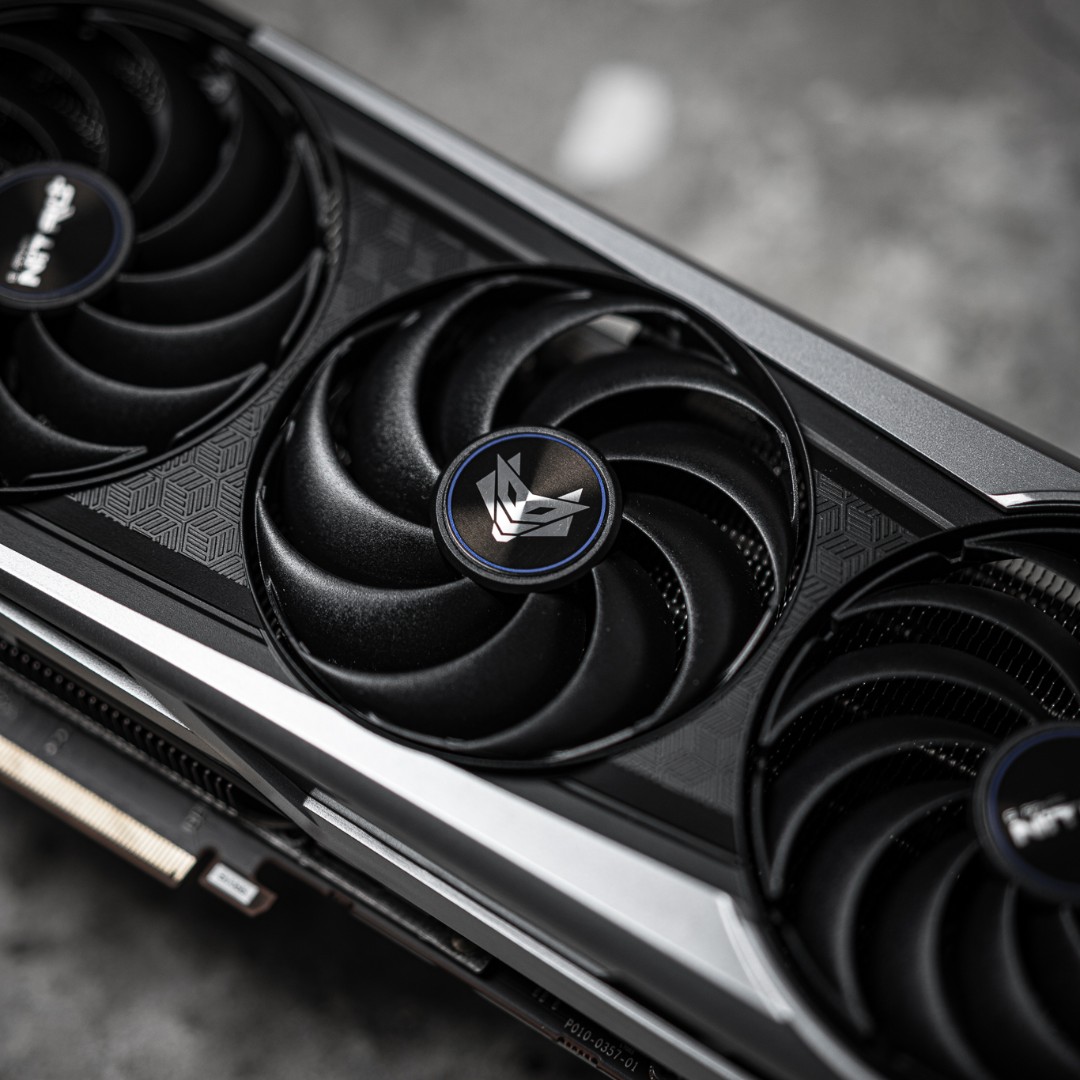 Users in the Chiphell community have discovered the BIOS for AMD's upcoming Radeon RX 6950 XT, confirming that it uses the Navi 21 KXTX GPU. The AMD Navi 21 KXTX GPU is another variation of the Navi 21 chip which should be similar to the XTXH variant. The XTXH SKU is the premium bin of the AMD RDNA2 'Navi 21' GPU, offering up to 10% increased clock speeds than the company's standard Navi 21 XT GPU.

TechPowerUP removed the BIOS information reasonably quickly from their BIOS collection database. Still, Chiphell managed to grab these BIOS quickly, allowing us to have a greater understanding of the higher TGP, the supported memory types, and the power limits of the AMD Navi 21 KXTX GPUs powering the Radeon RX 6950 XT graphics card. 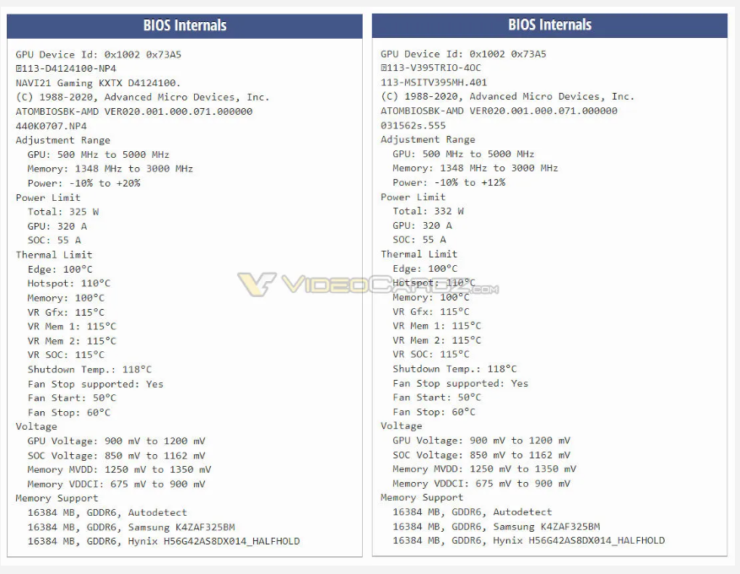 AMD Radeon RX 6950XT BIOS information. The left information is for the MSI RX 6950XT GAMING X TRIO, and the one on the right is for the SAPPHIRE RX 6950XT NITRO+ Pure. Source: TechPowerUP and Chiphell via VideoCardz.

The above information was the leaked BIOS information for the MSI RX 6950 XT GAMING X TRIO GPU (on the left) and the SAPPHIRE RX 6950 XT NITRO+ Pure graphics card. Website VideoCardz was able to grab the screenshot before TechPowerUP removed the information from the site.

TGP is Total Graphics Power, a combination of GPU and memory, unlike TBP, which is Total Board Power, which affects the total and peak consumption of the graphics card. By utilizing TGP, the full power can stretch well past 400W. The MSI RX 6950 XT GAMING X TRIO graphics card offers a 332W TGP with an increase of twelve percent, increasing that number to 372W. SAPPHIRE's RX 6950 XT NITRO+ Pure GPU has a power limit of 325W that can be increased even higher by twenty percent, allowing the card to reach a TGP of 390W.

Initially, there were rumors that the newest RX 6950 XT SKU would use XTXH GPU technology. Now, AMD is adding a fourth variation to the Navi 21 GPU series, which adds to the company's consumer Radeon lines. Currently, it is unknown whether AMD will flash the KXTX variant to the XT or XTXH series in the future, but it is speculated that they will not. By limiting the series to Navi 21 KXTX GPU technology, they can avoid the limited support of HYNIX and Samsung, which only allows 18 Gbps memory.