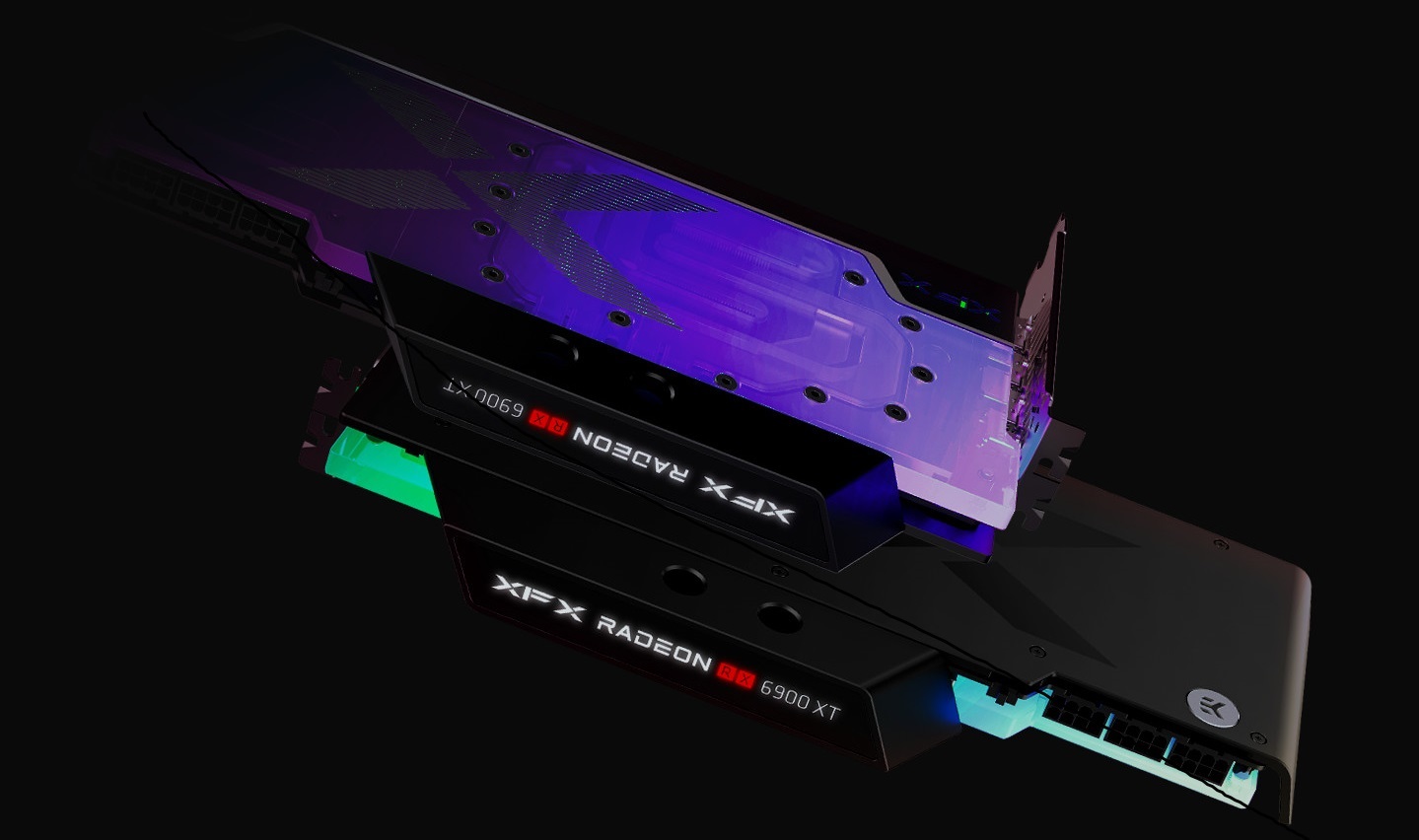 The XFX Radeon RX 6900 XT ZERO WB was teased back in July and we got to see a second teaser back in August. Now, two months later, the card has officially launched and we can talk in detail about XFX's flagship RDNA 2 graphics card and the fastest one they have built to date. 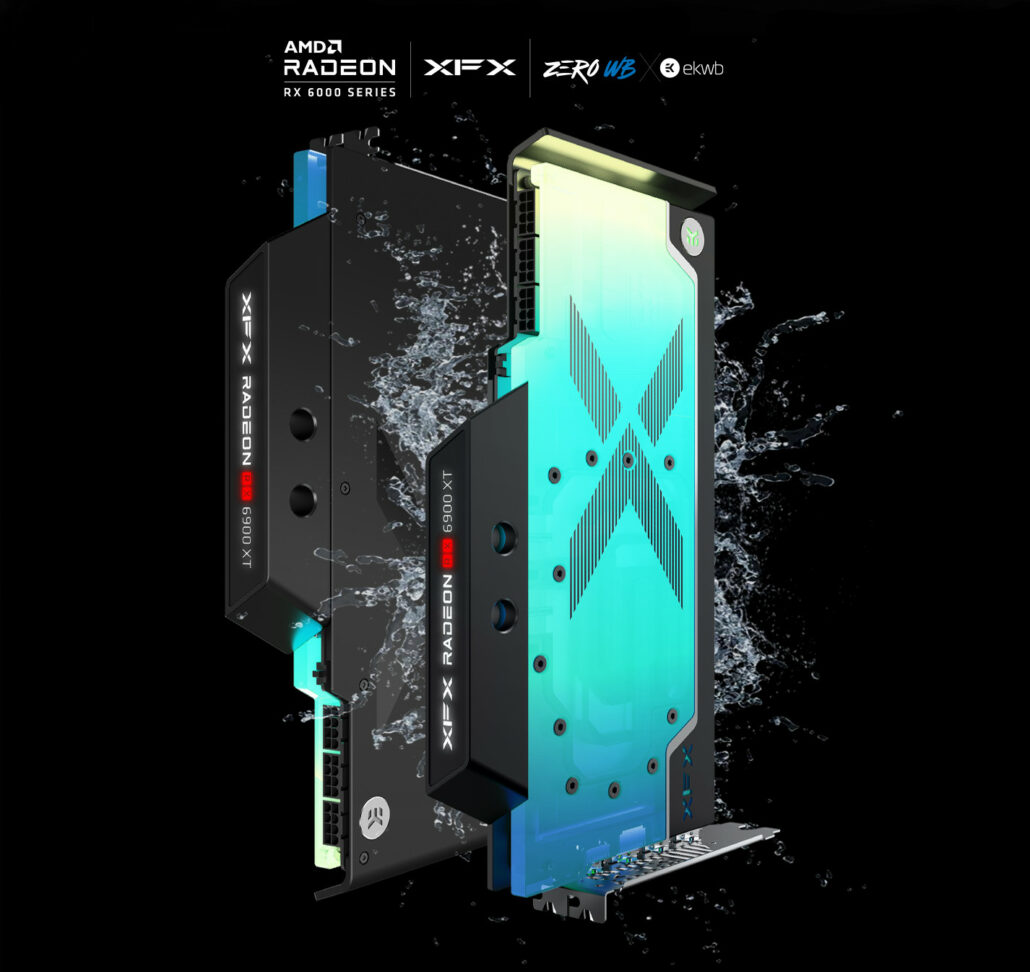 The EK Water block used by XFX for its Radeon RX 6900 XT ZERO WB is custom designed for the manufacturer as showcased by the 'X' logo on the front shroud. The front shroud is made entirely of acrylic material and shows the GPU / VRM / memory block underneath it. The whole acrylic plate features RGB LEDs and there's a good chance that these LEDs would be addressable. We can see the EK and XFX logo on the plastic panel over the shroud.

Insides of the water block are composed of a CNC machined baseplate which is made of nickel-plated electrolytic copper while the top is CNC machined out of the aforementioned Acrylic material. The sealing is done with high-quality EPDM O-rings and the brass standoffs are pre-installed allowing for safe and easy installation. The custom XFX Radeon RX 6900 XT ZERO WB model is a dual-slot card and features the standard 1 HDMI & 3 DP output display configuration.

Power requirements show us a triple 8-pin connector configuration which means we are looking at over 350W of power consumption at max boost clocks on this beast. A nice addition to the design is the RGB lit XFX Radeon RX 6900 XT logo on the sides. The PCB will also be a custom design with a 14+2 phase layout that will offer a nice factory overclock out of the box but XFX promises users that the Navi 21 XTXH GPU onboard this graphics card is fully unlocked and can be overclocked past the 3 GHz limit. The card comes with a game clock of up to 2375 MHz and a boost clock of 2525 MHz.

We can definitely expect the custom XFX Radeon RX 6900 XT ZERO WB cards to rock a hefty premium over the reference MSRP's and since this is a Navi 21 XTXH variant, expect limited availability.