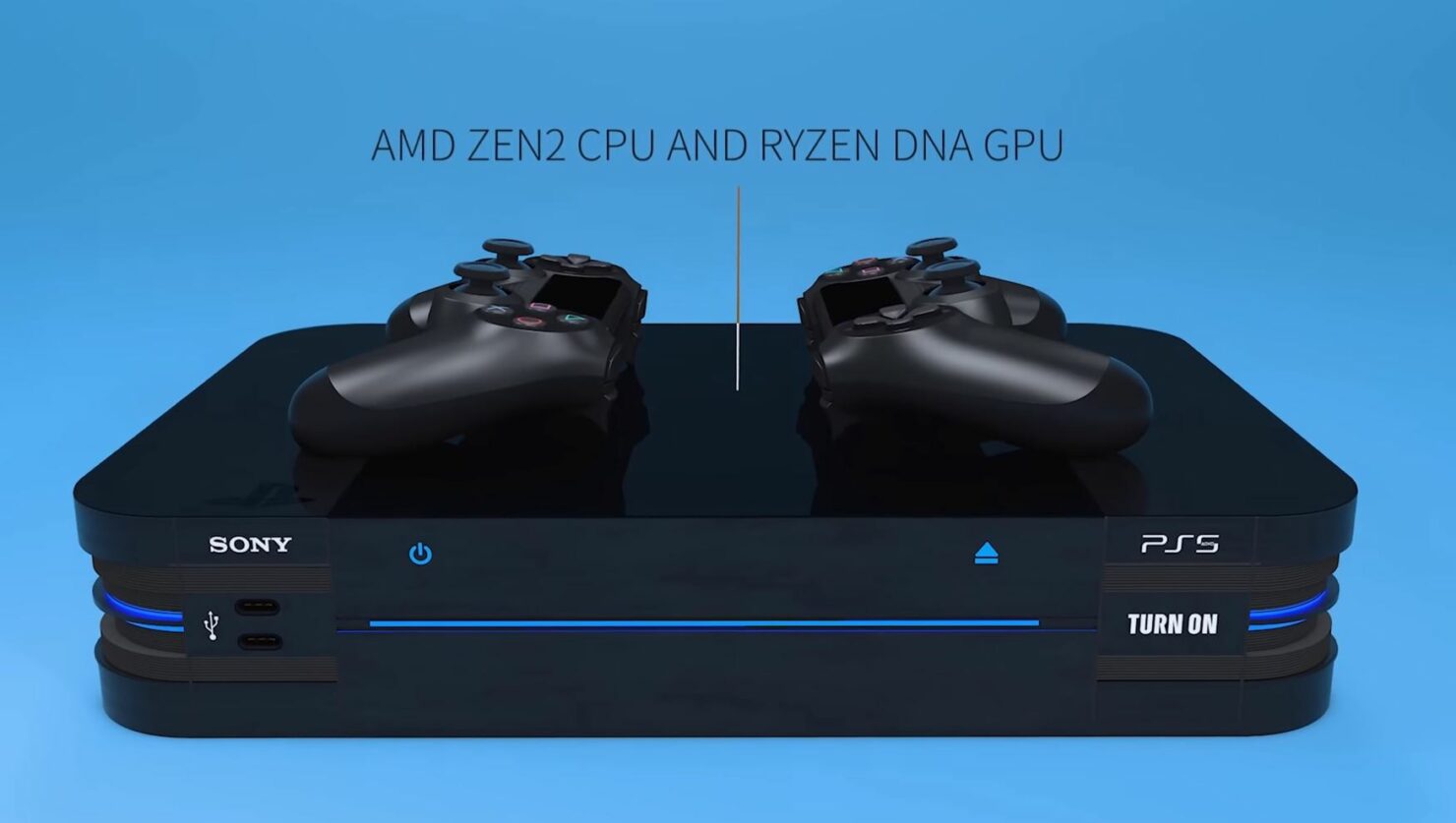 [Update] Following the publication of our original article, we were contacted by one of the creators of the PS5 concept video. As it turns out, the concept video wasn’t released by MediaMarkt Saturn – the video was released by TURN ON, the content magazine for German retailer Saturn. We apologize for if this has caused confusion. We've updated the title of this article to reflect this.

[Original story] German retailer Mediamarkt-Saturn has released a PlayStation 5 concept video showing off the console and its DualShock 5 controller.

PS5 Black Concept Design Is Quite the Looker

First off – the renders in the video are based on how the German retailer would like to see Sony’s next-gen console. The final design of the PlayStation 5 will likely be very different from the design shown in this video. Nonetheless, we wanted to share the video as it does include some interesting features, including Wireless charging for the DualShock 5 controller and a LED display on top of the controller. You’ll find the PlayStation 5 concept video down below:

The video also shows the concept devkit that was created by Let's Go Digital earlier this year. We grabbed some screenshots from the video as well, which we’ve included as well.

Screenshots from the PlayStation 5 Concept Video

The PlayStation 5 is slated for a holiday 2020 release. As covered yesterday, the recently filed PlayStation Cartridge patent might be related to an expandable SSD storage unit for Sony’s next-gen console. Of course, this is merely speculation at this point.

Mediamarkt-Saturn is the largest electronics retailer in Europe. The company is headquartered in Germany and has more than 1000 stores and online shops across 15 countries in Europe.

Sony has yet to unveal the console's design and its final hardware specifications. As confirmed by AMD, the PS5 will sport acustom chip with AMD's Zen2 and Navi architecture. In addition, it has been confirmed that Sony's next-gen home console will support Ray Tracing alongside a custom unit for 3D audio and a 'special' SSD that allows for ultra-fast loading times.

"The CPU is based on the third generation of AMD’s Ryzen line and contains eight cores of the company’s new 7nm Zen 2 microarchitecture", Wired wrote in an exclusive report earlier this year The GPU, a custom variant of Radeon’s Navi family, will support ray tracing, a technique that models the travel of light to simulate complex interactions in 3D environments."

What are your thoughts about this design? Would you like a more minimal design? Hit the comments down below.