[Update 2] On the official PlayStation Blog, Sony has confirmed that the PS4 4.50 update will be released today, and it seems that that the firmware update is being deployed as we speak. Check out the release note down below:

Other features in version 4.50

[Update 1] Although it seemed that Sony would release the PS4 4.50 update yesterday, the official @AskPlaystation Twitter account has stated that they don't have an official release date for the firmware update just yet.

Hi! Unfortunately we still don't have an official release yet, please keep check our official Blog for updates ^GP 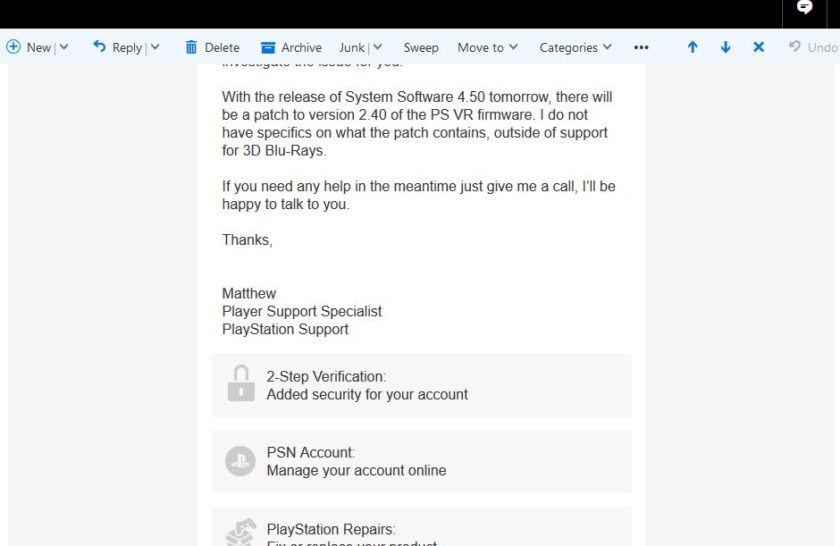 The 4.50 firmware update will also introduce a ‘Boost mode’ for PS4 Pro owners, which offers substantial performance improvements for unpatched PS4 Pro games. Judging from early tests, Boost Mode can increase performance by up to 38% for some titles.

If the e-mail mentioned above is legit, expect Sony to make an official announcement within the next few hours.