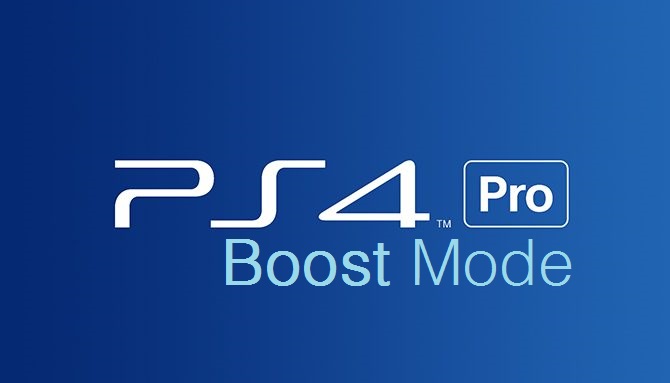 The PS4 Pro Boost Mode has the ability to boost performance for certain titles by up to 38%.

As covered last week, the 4.5 software update for Sony’s PS4 console will introduce a feature called ‘Boost Mode’, also referred to as ‘Beast Mode’. The mode allows unpatched games to enjoy better performance on the PlayStation 4 Pro, and recent gameplay videos show improvements that are quite noticeable.

Eurogamer’s Digital Foundry has now tested Sony’s upcoming Boost Mode, and it seems that the mode offers impressive performance gains for unpatched titles on the PS4 Pro. You can check out Digital Foundry’s test video down below:

Improvements in boost mode vary from insignificant to very big, but overall, the end result appears to be “highly valuable” for PS4 Pro owners.

While games like Knack and Killzone Shadow Fall only benefit from a 14% performance gain, Ubisoft’s Assassin’s Creed Unity and EA’s Battlefield 4 perform way better in ‘Boost Mode’. The most remarkable performance increases were witnessed in Project Cars, Assetto Corsa, and F1 2016, with Project Cars performing up to 38% better in Boost Mode.

Boost Mode works by boosting CPU and GPU power, while also increasing memory performance. Eurogamer writes that the “modest” GPU boost (2.3x FLOPs) is curious however, so they asked Sony to comment on this. Down below you’ll read Sony’s response:

"Boost Mode has been designed to provide better performance for those legacy titles that have not been patched to take advantage of the PS4 Pro's faster CPU and its faster and double-sized GPU," Sony says. "This can provide a noticeable frame-rate boost to some games with variable frame-rate, and can provide frame-rate stability for games that are programmed to run at 30Hz or 60Hz

"Depending on the game, the increased CPU speed may also result in shorter load times. Boost Mode is not guaranteed to work with all titles, however, turning the setting off will allow the game to be played in a mode that replicates the standard PS4. As an aside, the older unpatched titles that run in Boost Mode are unaware that they are running on a PS4 Pro and consequently don't take full advantage of the PS4 Pro capabilities; power consumption for these games will therefore be a bit lower compared to playing a newer title."

Based on these testing results, the PS4 Pro’s Boost Mode seems valuable indeed. Boost Mode will arrive with the PS4 4.5 software update in the near future.

PS4 Firmware Update 2.55 is Out, Adds Stability, Not Much More