Play For Honor for Free This Weekend on Xbox One, PS4 and PC 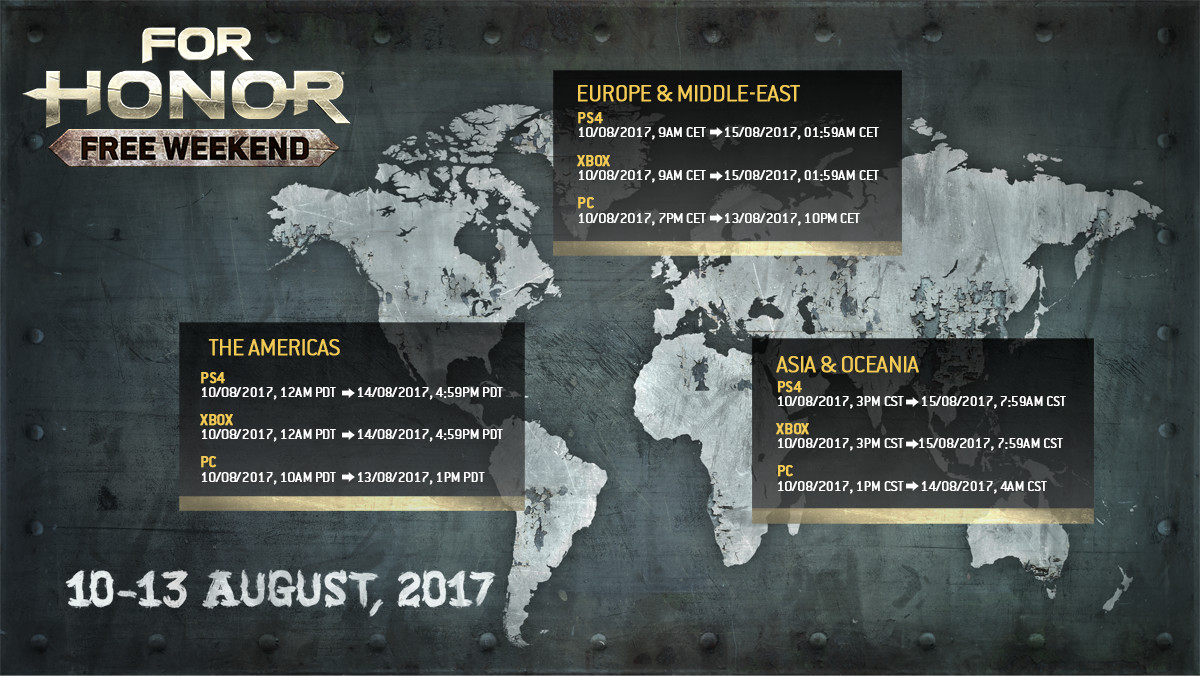 Ubisoft continues to work to improve the user experience in For Honor, its online multiplayer action title that debuted in February this year and is about to open its third season, Grudge & Glory, on August 15th. As part of the celebration for the new season, the company will let players try out the title for free this weekend on PS4, Xbox One, and PC.

Ubisoft has also announced that all players that are part of this period of free access in For Honor will have access to all the content of the game, such as five multiplayer modes, single player campaign or cooperative, and may use all heroes available.

The free weekend will mark the release of "Grudge & Glory", the third season of For Honor and the biggest update ever released until now. The third season will start on August 15 on all platforms and will bring new heroes, new maps, classified games and a series of game experience updates. Upgrades and maps will be available to all players at the beginning of the third season. The new heroes, including the proud Highlander and the fearless Gladiator, will be available to holders of the Season Pass from August 15th, while other players will be able to unlock them in the game from August 22 for 15,000 pieces of steel.

Developed by Ubisoft Montreal in collaboration with other Ubisoft studios, For Honor was rated 8/10 by Dave in our review.