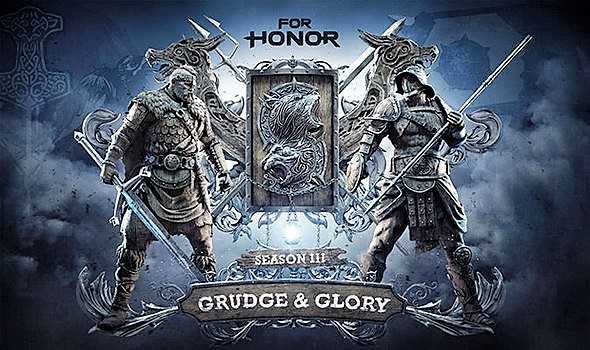 Ubisoft has announced that "Grudge & Glory", For Honor Season 3, will be available on PC, Xbox One and PlayStation 4 starting from August 15th. In the official trailer, you can take a look at the contents of the new update.

"Grudge & Glory" will include the latest novelties of For Honor, introducing new heroes, maps, equipment, classified games, and a host of upgrades to the game experience. Upgrades and maps will be available for free to all players at the beginning of the third season, while new heroes, including the proud Highlander and the impending Gladiator, will be available free of charge to Season Pass holders on August 15th.

Those who have not purchased the Season Pass will be able to unlock them directly in the game from August 22 for 15,000 pieces of steel. The beginning of the For Honor Season 3 will be the first step in the game's development program, which includes a new season in November and the introduction of dedicated servers.

Check the official descriptions for Highlander and Gladiator below:

Highlander (Viking Hybrid) – Highlanders are patient heroes capable of switching between two different fighting forms. Their defensive form allows for counter-attacking and trading blows, while their offensive form empowers them to unleash their deadliest attacks at the expense of being able to block. Wielding the heaviest and longest sword in the game, the Highlander's massive claymore gives them a deadly combination of strength and range.

Gladiator (Knight Assassin) – Wielding a trident and shield, Gladiators have made a living off of killing for sport, and now bring their ruthlessness and skill to war. Equipped with little armor, they can punch their opponents to create separation to set up attacks and stuns. Their larger stamina meter and reduced cool down times make them extremely agile and dangerous opponents.

Two new battlefields will be added, the Sentinel and Viking Village, which include unique environmental hazards, and will force players to always pay close attention to the surrounding scenery. In addition, For Honor's Season 3 will introduce new rare legendary equipment and will bring the max reputation of all heroes to 40, giving players greater personalization options.

The third season will also introduce competitive play on all platforms with the introduction of duel 1v1 tournaments. Competing in tournaments will allow players to get higher ranks (which will be zeroed each season) as well as winning their exclusive rewards.

The competitive experience will continue to be developed over the year with the introduction of ranked 4v4 modes. Simultaneously with the release of the third season and further balancing the game in preparation for competitive experience, update 1.1 will bring about several changes to the gameplay. During the third season, other gameplay changes will be further tested to better balance offensive and defensive playing styles.

For those who want to preview the contents of the third season, we recommend that you follow the For Honor Season 3 Live Event tournament: Grudge & Glory Reveal on Twitch on August 12 at 11:00 (PST). The Live Event will also feature the participation of the winners of the For Honor Hero Series qualifiers, who will challenge to get their share of the total prize pool of $10,000.