So, I'm a big fan of management sim games. That's never been a huge secret from those who know me, I love to play the living hell out of games like Sid Meier's Railroads!, Rollercoaster Tycoon 2, TransOcean and most certainly Capitalism Lab. It's always great, then, when a company like Frontier Developments come along with titles like the excellent Planet Coaster, the charming - if a little flawed - Jurassic World Evolution and the title of theirs that interests me the most, Planet Zoo. 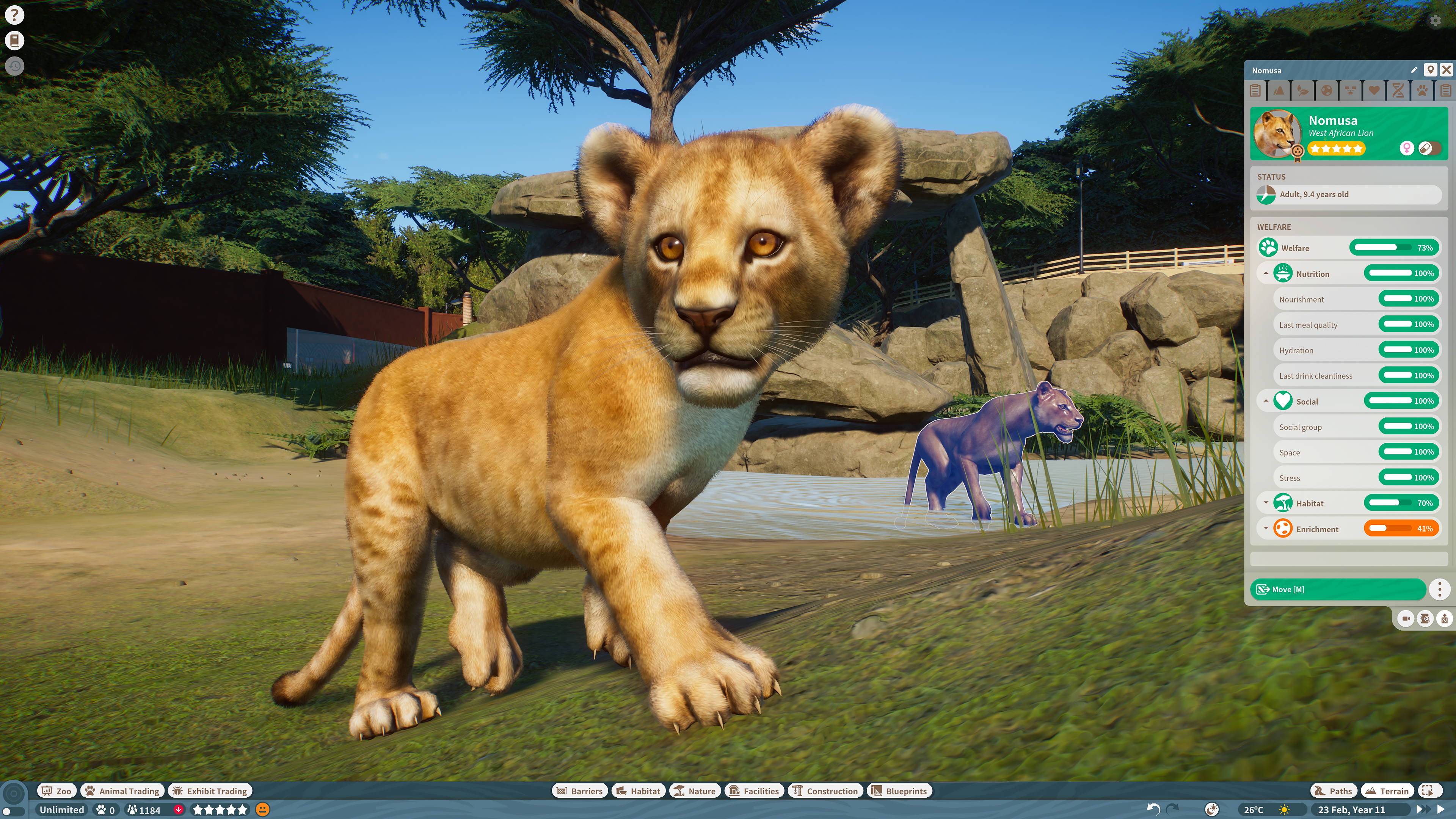 It's not only my love of management sims that interests me in Planet Zoo, but all of the cute and fluffy animals that you find in your zoo make it one of the most adorable games around. I mean really, how can you not love the soft and furry bugger in the above picture? Sure, when they grow up and in a bad mood, their claws may not be the best for the soft flesh of park-goers, if they happen to break loose of their pens. That's just a risk I'm willing to take. Look at the fluffy little kitten with his whiskers and fur. LOOK AT IT.

In fact, you're going to find yourself with over fifty different animals to care for, offer a fulfilling environment, research and also let your park-goers enjoy. The three pillars of Planet Zoo, as I was told by one of the developers, are Conservation, Education and Animal Welfare. Frankly, you couldn't wish for more noble goals, something that Frontier Developments were key to focus on in this game, having also worked with a number of zoo's to understand the way they work.

On the idea of conservation as a key pillar, Planet Zoo will actually feature two different types of currency. First, and the most obvious, is money. You're running a business still, so getting people into your zoo, as well as having them enjoying your attractions is key. You'll also want to manage the position and type of stores within your zoo, as well as ensure each of your attractions has a money box nearby, essentially letting your visitors donate to it.

When I was playing, I improved the pen of a Tiger, got it playing with some toys where the visitors could see it, placed down the donation box and within no time, the money was rolling in. Fortunately, my experience with Frontier Development's other titles made it very easy to pick up and play. More on that in a little bit. 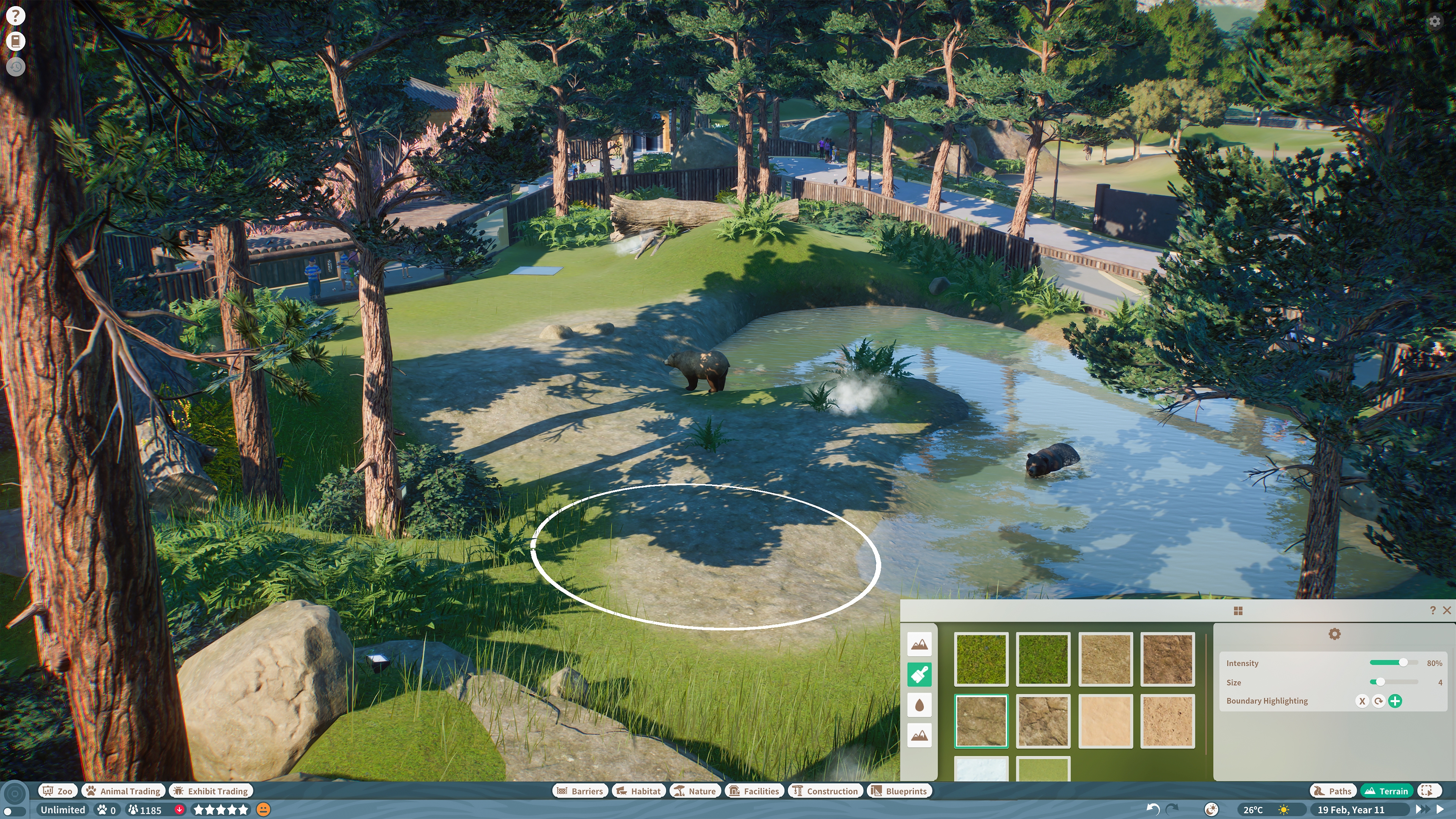 Working in line with the idea of education, there's such a huge amount of detail to have gone into the animals and everything around them. The game has everything from the base stats of animal happiness, influenced by their environment, such as the terrain type and foliage within their pens. You'll need to meet temperature requirements for some, and water cleanliness is very important for the happiness, health and livelihood of others.

More than that, you also have to consider the toys and feeding tools available to them as well as meeting the needs of their personalities. Some animals are distinctly territorial, including their sense of ownership of a group, so two males of a particular animal type and you may find yourself needing a vet. Those who have played Jurassic World: Evolution may realise that a lot of what was there has been carried over, only it's been improved upon and enhanced.

Another thing that's been enhanced is the aesthetical qualities of the game, as well as the physics. Let's get one of the most important things covered right now - the game has poop physics. Not only will that, but the size of the animal also dictate the size of the poop. A well-fed Rhino is going to let some fantastic lumps out, where your baboons maybe a little less on the grandiose size. Eat that, Red Dead Redemption 2 horse-testicle physics.

Keeping on with the physics, though, you'll also see adorable things like a baby bear tumble if it's running too fast and goes over a ledge it wasn't quite expecting. That or it just got a little giddy. Place a tree or climbing post in a monkey pen a little too close to the wall, you're going to find the paths of your zoo overrun with the buggers. It's a sign of the personality of these lovable critters that the game is already able to show, and I adore the fact that each animal, not just the species, seem to be unique in their own way. 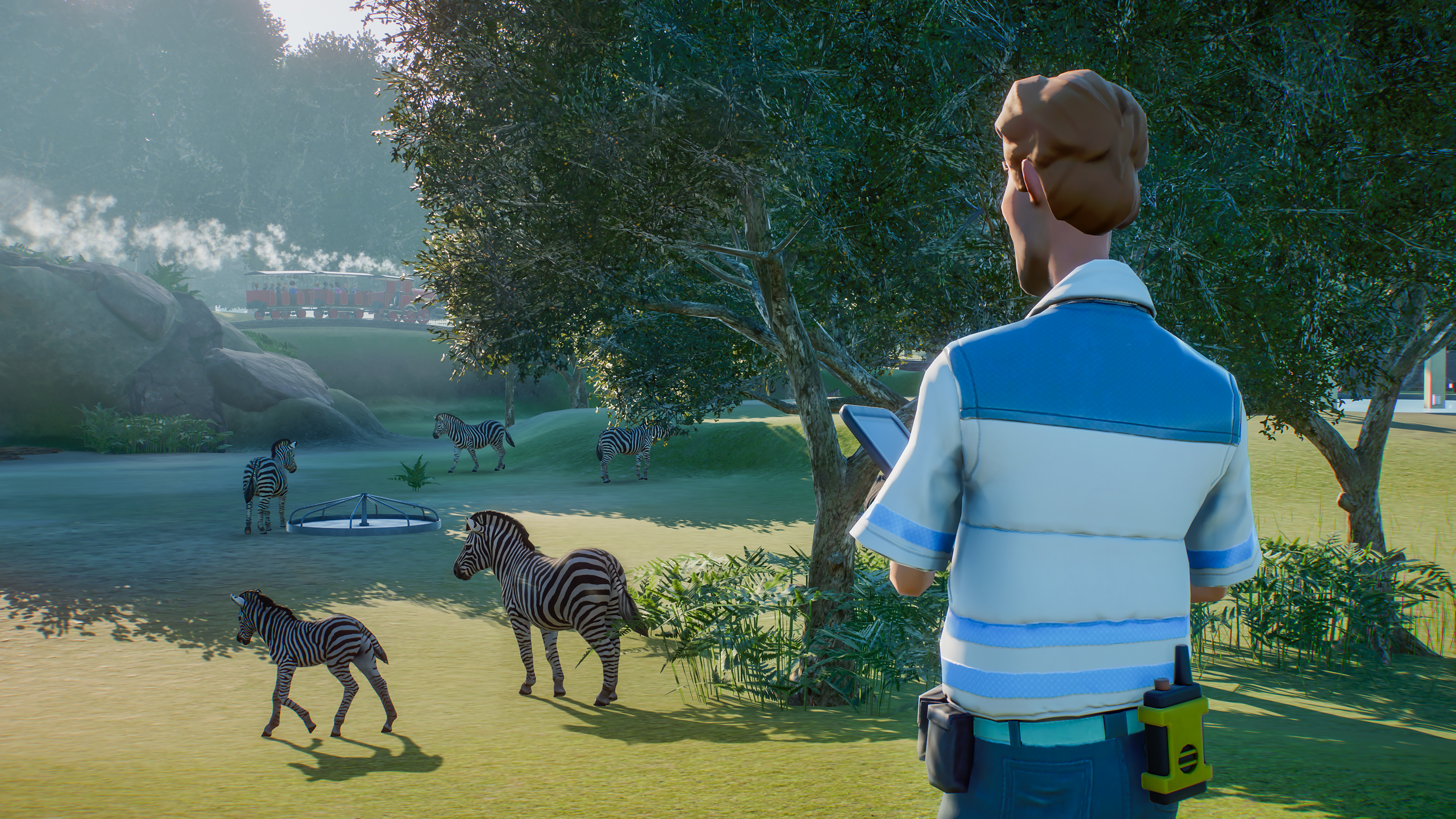 As I mentioned earlier, my hands-on with Planet Zoo went quite smoothly because of my previous experience with games of this type and Frontier's titles in general. I was fortunate in that the Dev was just happy to sit alongside me and chat about the game, rather than having to walk me through anything. Every now and then I'd just be guided on what to look at next, as they looked to show off particular elements.

I was informed that I was also one of the first to find out by myself the layer system that Planet Zoo has incorporated into the building. This is probably one of the best aspects of the game because unlike in titles like Jurassic World: Evolution, where you're essentially stuck on a flat plane, you have a strong level of verticality here. Those who've played Planet Zoo will know that you were able to create tunnels under certain conditions, here it's all about utilising your space to the best.

You may want a big structure with a number of levels in your zoo, one where a tunnel cuts through the middle, where there is glass at the sides letting people look in on some giant turtles or some other animal that requires a little less space. This verticality also means you could have an observation point above the pen for your monkeys, letting visitors watch from above as they swing around on their posts and trees. It may take a little getting used to for some, but the options are extensive. 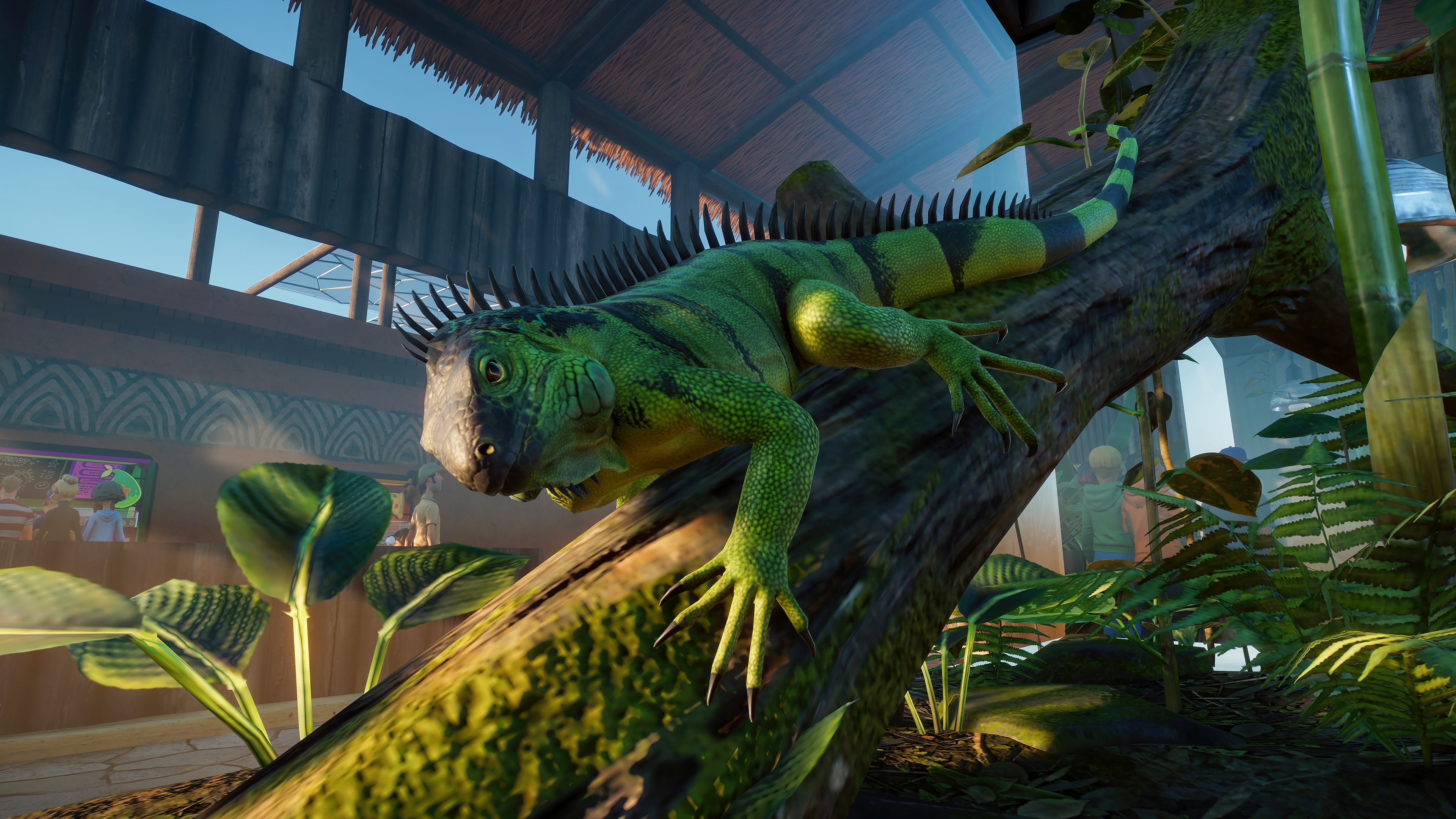 I'm genuinely looking forward to Planet Zoo. Not only is it another game by Frontier, where I thoroughly enjoyed Planet Coaster and still enjoyed Jurassic World: Evolution, it also looks like it will be a fantastic return to the Zoo Tycoon style management Sims.

Releasing for the PC on the 5th of November, people will also be able to get their hands on the game a little earlier as Planet Zoo is entering beta between the 24th of September and the 8th of October. Will I be in the beta? I can only hope.