If you followed the Made By Google event, you could be under the wrong assumption that the Pixel 4 wireless charging speeds are subject to the same restrictions as the Pixel 3. It turns out that isn’t the case and the phone has massively improved in this regard. Looks like we can add another upgrade to the growing list of features the Pixel 4 and Pixel 4 XL ship with.

Pixel 3 Can Only Charge up to 5W, While Pixel 4’s Wireless Charging Speeds Can Go up to 11W

The Wireless Power Consortium's website details that the maximum Pixel 4 wireless charging speed is 11W, which is a huge improvement over Pixel 3’s 5W speed. More importantly, you can use any third-party fast chargers to get the job done and not just the search giant’s own, which cost a pretty penny. This means you will not be bound to an expensive charging pad to juice up the device.

Since the phone’s battery life is nothing to write home about, faster Pixel 4 wireless charging speeds will definitely be welcome by owners and potential buyers. It’s worth mentioning that most wireless chargers on the market support 10W or 20W, which means theoretically reaching 11W isn’t possible at the moment. This means that the maximum you can go to is 10W, which is still a huge jump from 5W. 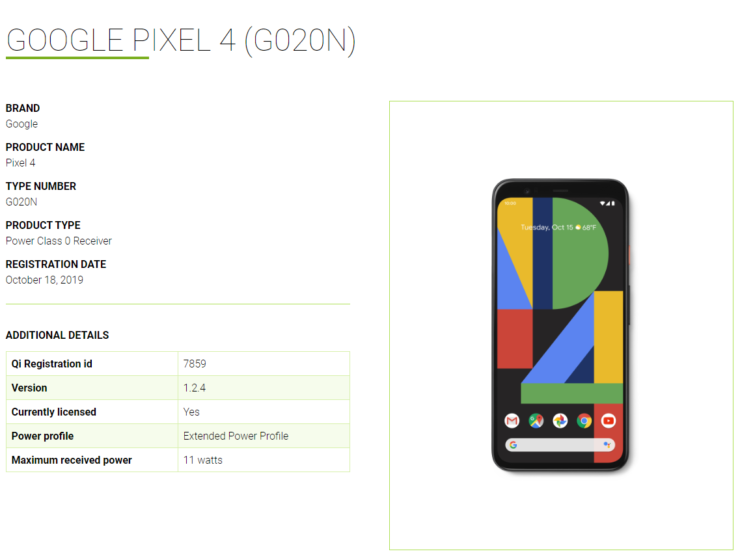 Of course, Pixel 4’s wireless charging speeds are nothing when compared to the wired 18W fast-charging feature they support. Then again, Qi wireless charging pads would be considered more convenient by a lot of users. Moreover, with a 10W charging pad, it will take users a couple of hours to fully top up the phone. That’s not bad at all.

The Pixel 4 sports a smooth 90Hz display and is fueled by the Snapdragon 855, so a much fluid OS experience will be seen. The phone has two cameras on the back, and also get features such as Face Unlock and Motion Sense. Unfortunately, the Pixel 4 starts at $799 and if that’s too expensive for you, then you might want to wait for the budget handsets, Pixel 4a and Pixel 4a XL, which are expected to arrive next year during the same year when Google’s prepping to release a 5G-ready Pixel.