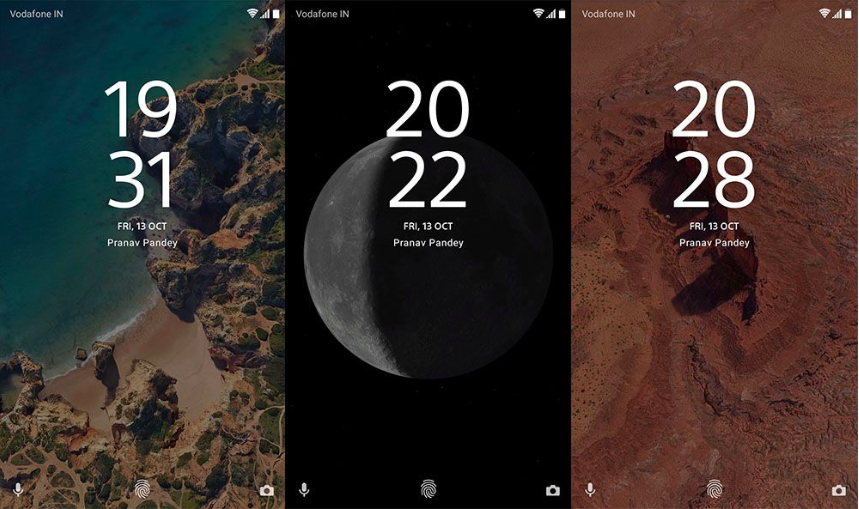 Google's newly launched Pixel 2 and Pixel 2 XL smartphones feature some great looking wallpapers, which were intended to be exclusive to the newly launched phones. But, thanks to the new APK, it is now possible for any Android device Android 6.0 Marshmallow and above to enjoy these wallpapers on their screens. The Android developer community has once again made it possible for Android users to try exclusive offerings.

The Pixel 2 launcher is compatible with most of the Android devices without any modifications. However, it lacks the swipe-for-Google-Feed feature for phones other than first-gen Pixel and Nexus, so if you want that, then you will have to install it as a system application.

Thankfully, an Indian developer Pranav Pandey took it upon himself to make Pixel 2 wallpapers available on other devices. Before going ahead with the installation of the APK, you must have the Google Wallpapers app installed on your device. After downloading it, all you need to do is to sideload the Pixel Wallpapers 2017 from APKMirror and then you will have access to the beautiful wallpapers from the Pixel 2.

The new wallpapers also offer various options such as aerial views with subtle movements, abstract shapes that move as you move your phone, immersive liquid wallpapers that change pattern when you touch them, and some space images. There's also a wallpaper option that screens live wind patterns based on your current location and it actually looks great on the device.

If you are one of those who love trying live wallpapers, then we recommend you go ahead and install the APK. After installing the app, you have to long press on the home screen to access the new wallpapers. Once you long press on the home screen, tap on "Wallpapers" and then scroll down to access new "Live Wallpapers." The APK should work on a phone running Android 6.0 Marshmallow and higher. To know more about the APK, head to this XDA forum post.

Download from APK Mirror for all Android devices running Android 6.0 and above

Here's the list of wallpapers available with this APK: