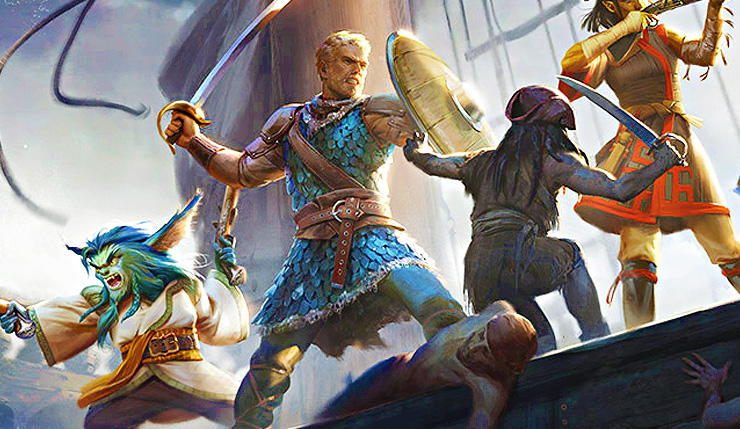 Avast yet hearties, Obsidian has cracked open their treasure chest and revealed the release date and pre-order incentives for their upcoming seafaring RPG, Pillars of Eternity II: Deadfire. Everybody who pre-orders the game will get the following digital goodies:

Like its predecessor, Pillars of Eternity: Deadfire was a major crowdfunding success, raising over $4.4 million on Fig. Here’s how Obsidian describes the RPG:

“In Pillars of Eternity II: Deadfire, players embark on a dangerous voyage of discovery as they hunt down a god to save their own souls. Building on the award-winning gameplay of the first Pillars of Eternity, every aspect of Deadfire has been improved and expanded.

Vastly more detailed graphics, deeper game mechanics, increased player choice and reactivity, a new companion relationship system, streamlined combat, and an entirely new, handcrafted adventure make Deadfire the ultimate RPG experience. Players travel the far-flung region of the titular Deadfire Archipelago by ship, where they will discover new races, visit exotic islands, defend their ships against pirates, and, most importantly, choose their allies carefully, as there are powerful factions to encounter at nearly every port.”