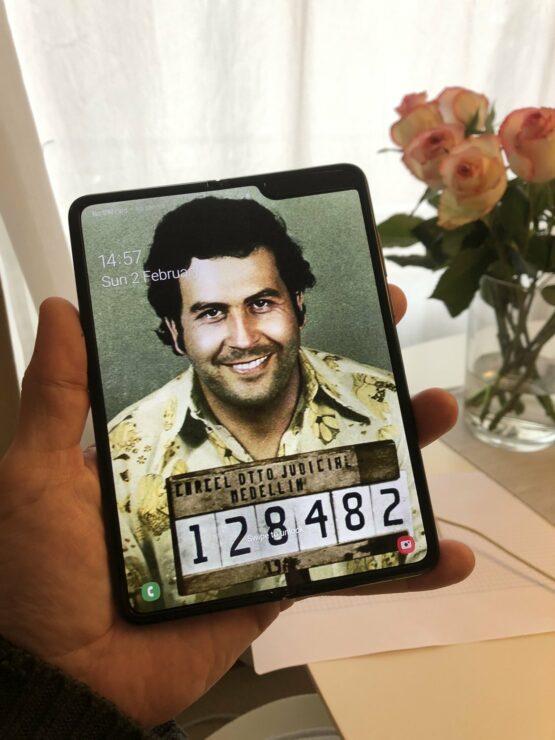 Not too long ago, Pablo Escobar's brother promised to release a $349 foldable phone. I'd include a link here but the product page is kind of NSFW. Needless to say, the device generated a lot of press. A $349 foldable phone in an era where the only other alternatives —the Huawei Mate X and Samsung Galaxy Fold that cost upwards of $2,000— was bound to attract attention. But, as time went by, the hype surrounding the device died out and everyone collectively forgot about it.

People who had pre-ordered the phone, on the other hand, were waiting with bated breath for their phone to arrive. One disgruntled user went as far as creating a whole website highlighting why the whole endeavor is a scam. Apparently, there's an Escobar Fold 2 in the works now, and everyone who pre-ordered the original is eligible for a 'free' upgrade. At least ONE user who pre-ordered the Escobar Fold 2 actually received it. A YouTube user by the name of Caralda #DBL did an unboxing of the phone. Let's see what it is all about.

Unsurprisingly, the Escobar Fold 2 is little more than a repackaged Samsung Galaxy Fold covered in gold. It is painfully obvious once the phone got opened up, as it revealed a familiar Samsung OneUI interface. Escobar Inc didn't even take the pains of reskinning the software with something, but at the very least, the phone's default wallpaper is Pablo Escobar's iconic mugshot.

It is quite ironic that Escobar Inc is trying to pass off Samsung phones as its own, considering that the company put out a Youtube video where scantily clad models took turns smashing the Galaxy Fold 5G (and few other Samsung phones) to bits with a sledgehammer.

One might think that this is a sweet deal, considering that you get a Galaxy Fold for less than a quarter of its cover price. But, the chances of all the units being Galaxy Folds are low, for obvious reasons. At best, one can expect to get a cheap Chinese knockoff of the tablet. The moral of the story here is, if something looks too good to be true, it probably is.