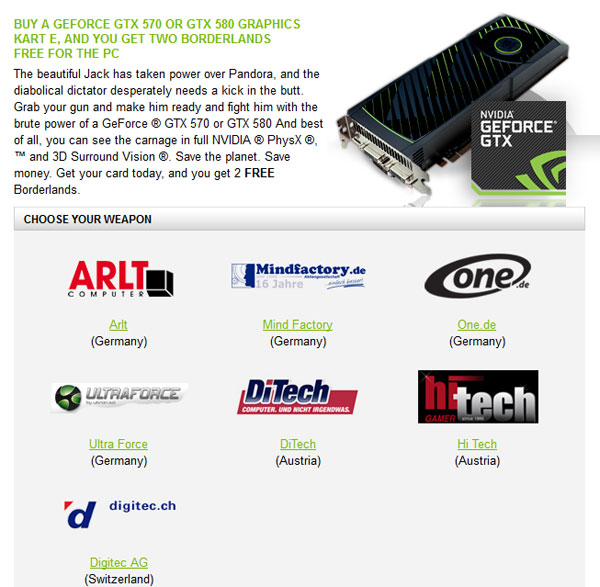 NVIDIA's German site has announced a Borderlands 2 Promotion for users who buy GeForce GTX 580 and GTX 570 Graphics cards for a limited time period.

This promotional deal only applies with the purchase of GTX 580 and GTX 570 GPU's which were launched last year. This and the recent price cuts suggest that NVIDIA still has some stock left of Fermi based GPU's which it tends to clear up before the launch of GTX 660Ti next month on 16th August.

Borderlands 2, An FPS title developed by Gearbox studios set us back on the planet Pandora which is invaded by the antagonist Jack. The game although offers new PhysX improvements with the Kepler based 600 series would still run well enough on the Fermi based parts.

Also, We will see another massive price drop once the mid-range 660Ti/650Ti hit retail. You can head over to NVIDIA's German site for more info.