For those who don't know, the Asus MARS II is an Nvidia powered dual GTX 580 graphics card. This beastly Republic of Gamers limited edition graphics card is built with dual GF110 GPU's that run in SLI on the board.

Asus officially unveiled the monstrous graphic card's images on 1st of August on their Facebook Page. 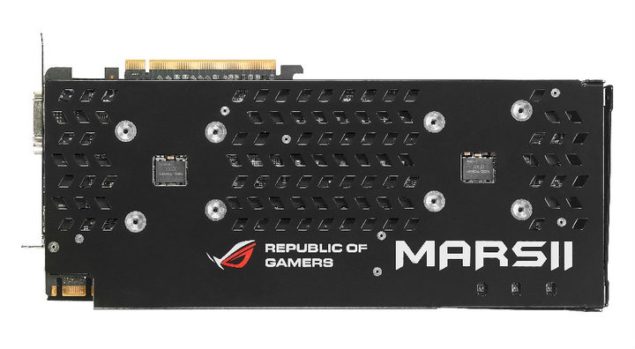 The ROG Asus MARS II is set to feature a core clock of 816MHz, a memory clock of 1002MHz of which the data rate equal to 4008MHz. The shaders run at a frequency of 1632MHz across 3GB of GDDR5 memory dual 384 bit interface and last but not least is a whooping CUDA count of 1024 cores . The power going to the GPU will pass a 19-phase VRM with Super Alloy Chokes, so one can expect some serious overclocking records on this thing.

On the other hand, the Asus MARS II’s specs is and are somewhat similar to the Asus Matrix GTX 580. But with added features and more power, the Asus MARS II can also be defined as a superclocked, two-way SLi solution on a single card.