To add to the upcoming holidays for the green team Nvidia enthusiasts, EVGA has prepped two new Geforce GTX 580 Classified cards that are ‘Ultra’ models with higher clocks and improvements. 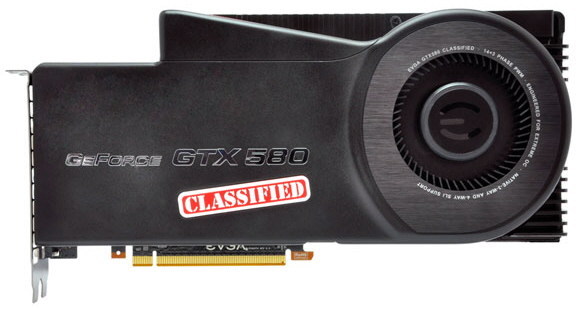 The new Ultra cards come with a GPU/Shader/Memory clock of 900/1800/4212 MHz while the previously released Classified model cards had featured clocks of 855/1710/4212 MHz respectively. 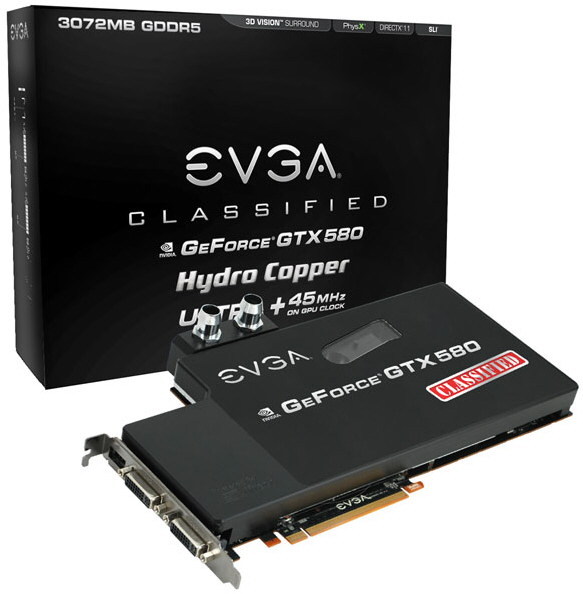 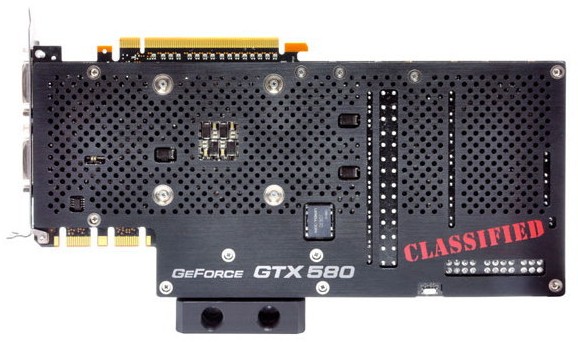 The two models include one air cooled Ultra variant for $619.99 whereas the water-cooled GeForce GTX 580 Classified Ultra Hydro Copper has been priced at $749.99. No word has been given on shipping availability.