Czech Hardware Site "PCtuning" has posted a detailed comparison of AMD Bulldozer and Intel's Core i7 in Various Gaming Benchmarks. The Author of the article is Zdeněk Obermaier from OBR Blog who has been uploading various benchmark results and videos of Bulldozer FX-Zambezi Processors.

The guy got hands on a 8 Core Bulldozer (Engineering Sample) most likely the "FX-8130" which he has been experimenting with over and over again overclocked to 4Ghz along with Intel's own Gem "Core i7 990X" which was also overclocked to 4Ghz for a fair comparison for both processors.

Following is the chart which details gaming performance of both Processors with SLI Configurations: 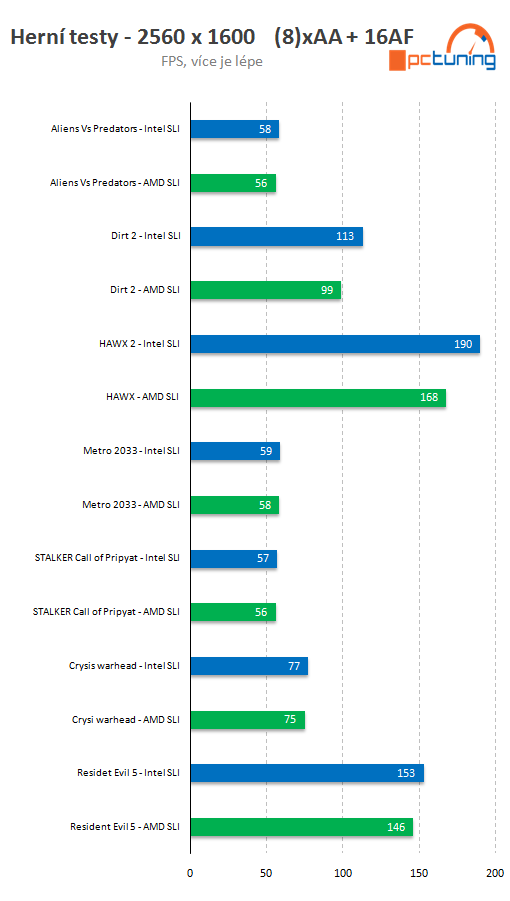 Considering this is just an Engineering Sample, It still does a great job keeping up with Intel's Fastest Processor. Another thing is that the GPU's weren't bottle necked by the Chip because of the extra 4Ghz clock speed. The price of the FX-8130 is said to be around 300-350$ compared to the hefty 999$ i7 990X Price Tag. For gaming the final B2 Revision of the CPU's could prove great but in the end it all comes down to raw CPU performance which are yet to be demonstrated. B2 revision of the chip will improve performance and are likely to arrive by Q3 2011. More info on Bulldozer below: