The PC market share results are in for Q3 2016 by Jon Peddie Research. According to the report, total GPU shipments rose by a whopping 20.4% from the previous quarter with NVIDIA gaining market share while AMD and Intel witnessed slight decrease.

The PC market rose in Q3 from the previous quarter, but declined from the same quarter last year. The quarter to quarter gain was largely due to gaming as well as data center sales. PC suppliers are seeing growth in gaming desktops and notebooks, and hope this will offset the slowdown in overall PC shipments. while they are high ASP systems, the two segments combined can only contribute a few million unit shipments a year, less than the decline of the total PC market. via Jon Peddie Research

The research mentions that Gaming / DIY PCs are the sole reason which resulted in the uplift of the PC market, bypassing the console market in terms of hardware sale. A chart provided below illustrates the revenue of gaming PCs compared to their console counterparts. High-end graphics products that will be driving future AAA and VR experiences remain the highlight of the PC Gaming sector. NVIDIA offers several high-end, Pascal based solutions primarily aimed at these while AMD launched the $199 US RX 480 as the cheapest VR-Ready solution based on their Polaris chip.

On the NVIDIA side, discrete GPU shipments were up by 39.8% from last quarter which is a big increase that would lead them to gain discrete graphics market share over their competitors. The launch of several Pascal cards that range from the entry level $109 GTX 1050 up to the enthusiast-level GTX Titan X ($1299 US) offers consumers a wide range of selection. 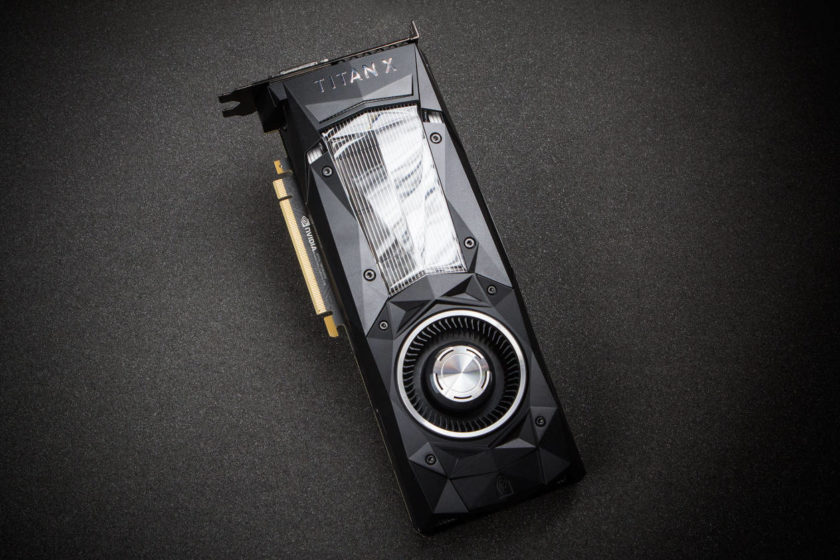 NVIDIA's notebook discrete GPU shipments were close to their desktop counterparts, getting a 38.7% increase. This is due to the fact that Pascal notebook GPUs achieve performance parity with their desktop parts and get the same technical capabilities while being efficient compared to their Maxwell based predecessors. The GTX 1080 (Notebook) is the fastest laptop solution and the first to utilize GDDR5X memory.

AMD Discrete GPU Shipments Up 34.7% For Desktops, 23% For Notebooks - Graphics Shipment Increase by 15.4%

On the other hand, AMD APU shipments decreased by 10% which is due to AM4 not coming to public yet. AMD has yet to launch their Bristol Ridge processors for consumers and only available through the OEM market. This might change in Q1 2017 when AMD aims to formally launch AM4 for desktop gamers and enthusiasts along with their Zen based Summit Ridge processors.

Finally, we have the top dog, Intel. Intel leads the entire graphics market share due to the fact that they have graphics chipsets featured inside a large array of consumer processors. Intel doesn't offer any discrete graphics solution but the large number of sales and shipments for their desktop / notebook processors results in a high market share.

Their EPG's saw a 4.1% increase while notebook EPG's saw an increase of 18.8%. Their entire graphics ship-ments increased by 17.7%. Overall, this wasn't enough for them to gain market share this quarter and resulted in a 1.6% decline.

The overall trend of the GPU market share is that NVIDIA, Intel and AMD are the only three companies that dominate this sector. Intel leads with their 70.9% market share but saw a 1.6% decline. AMD has a market share of 13.0% but saw a decline of 0.6% this quarter. NVIDIA remained in the green with a 16.1% market share that's thanks to their 2.2% increment.

The GPU industry saw a 35.6% increase in discrete GPU shipments which will be reported by Jon Peddie Research on a later date. NVIDIA and AMD remain the dominant forces in the discrete graphics market. Previous quarter, NVIDIA had a market share of 70.0% while AMD had a market share of 29.9%. With NVIDIA's successful quarter, we are expecting NVIDIA to gain quite a bit market share from AMD.