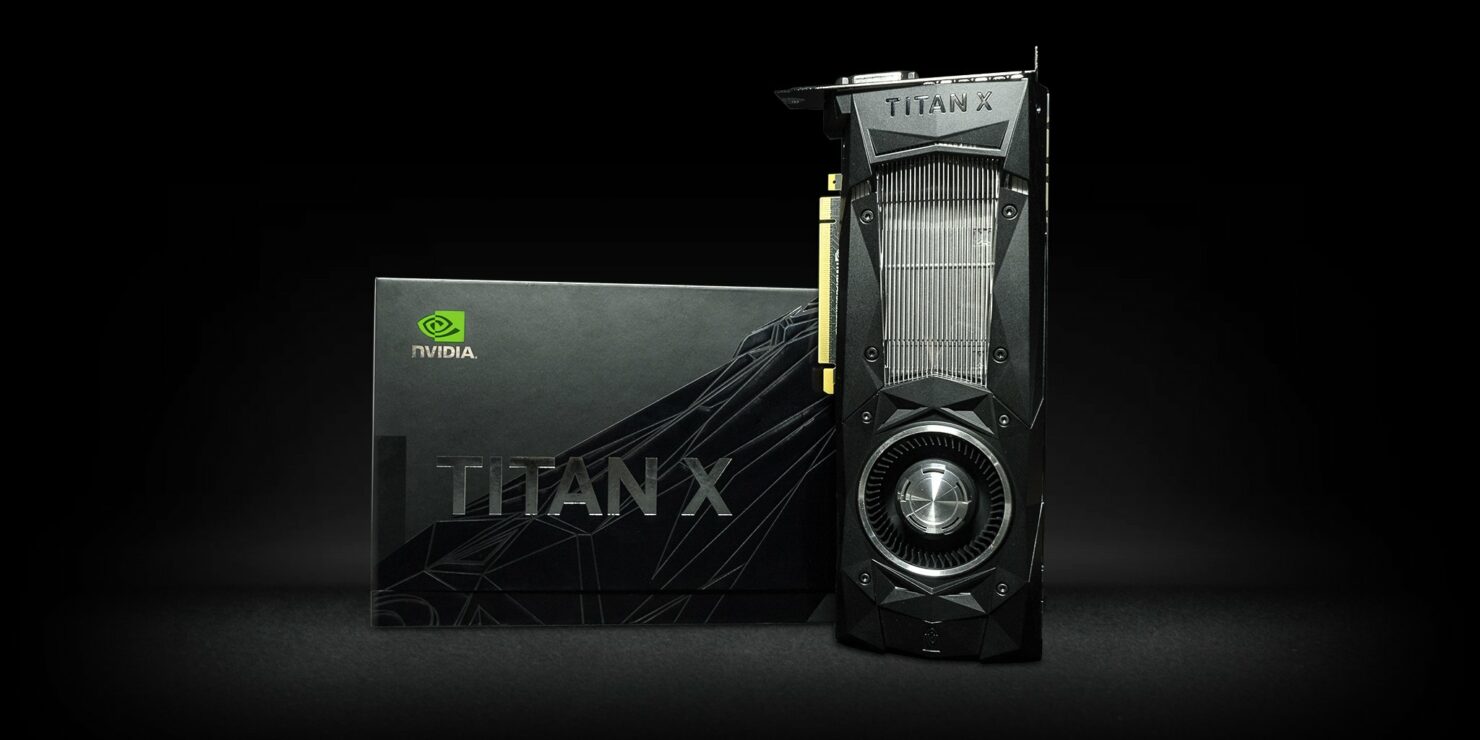 Today, NVIDIA launches their $1200 US, Titan X graphics card aiming the enthusiast and professional market. Do not mistake this card with last year's GeForce GTX Titan X which featured the Maxwell GPU as the latest Titan X adopts the Pascal GPU architecture. Already having the fastest gaming product in the market, the Titan X would further strengthen NVIDIA's lead in the high-end GPU sector.

NVIDIA Titan X has been launched, the fastest Pascal graphics card now available at $1200 US.

The NVIDIA Titan X is one of many things, NVIDIA calls it the ultimate graphics card but it's not just any Ultimate graphics card. The Titan X is the fastest gaming card available, its the fastest deep learning card and its also the fastest professional card available at its price. The NVIDIA Titan series is mostly branded as a prosumer series as they are targeted at consumers and professionals. This is one of the reasons NVIDIA has dropped the GeForce GTX branding from the Titan X.

Recently, AMD had also announced their own take at the prosumer market with the Radeon Pro Duo, a dual Fiji based, $1500 US solution. While Pro Duo is meant for enthusiast gamers and content creators, the NVIDIA Titan X aims the enthusiast gaming, deep learning and professional content creation markets. The latest Pascal chip significantly helps deep learning instructions throughput with its multiple TFLOPs of compute processing power. 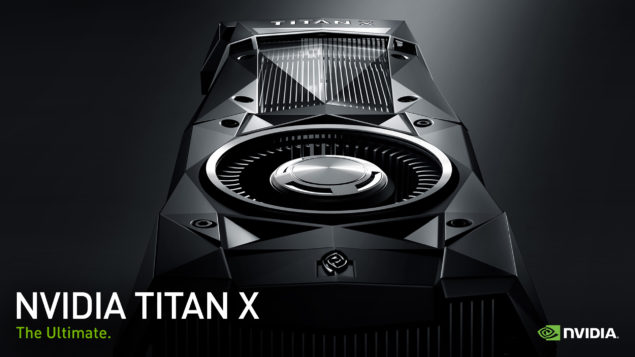 The compute numbers of these cards are a leap beyond what we have seen on any consumer card with the GPU touching 11 TFLOPs of single precision and 44 TOPs INT8 calculations (new deep learning instructions). NVIDIA's GP104 GPU comes very close to the Titan X with its 9 TFLOPs of compute power and around 10 TFLOPs with OC. The Titan X is said to boost around 1.8 GHz in majority of workloads so 12 TFLOPs on this card wouldn't be hard to hit at stock configs. 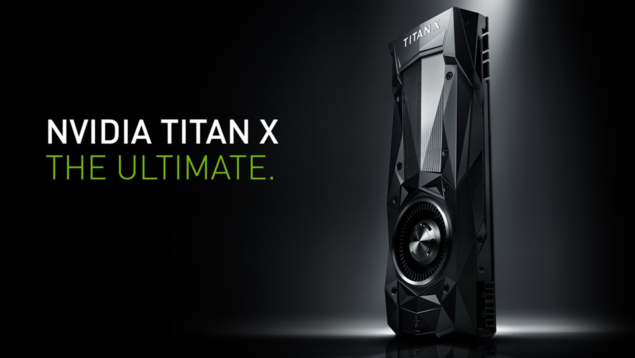 The NVIDIA Titan X features 12 GB of GDDR5X which is clocked at 10 GB/s and delivers 480 GB/s which is just about the same amount that HBM1 delivered (512 GB/s). We can see that HBM2 is still not that widely available for use in consumer grade cards but GDDR5X can cover it up with enough bandwidth to feed the GPU. NVIDIA is using G5X memory on all of their GP102 GPUs with the Quadro P6000 featuring up to 24 GB G5X memory. The Tesla P100 on the other hand houses 16 GB of HBM2 memory.

The NVIDIA Titan X PCB has the highest quality components with 7+1 Phase Dual-FET design that deliver unprecedented power to the GPU core. The GP102 GPU is surrounded by 12 GDDR5X memory chips that deliver 480 GB/s bandwidth. The side of the card has two SLI-HB gold fingers that allow up to Quad-Way interface. 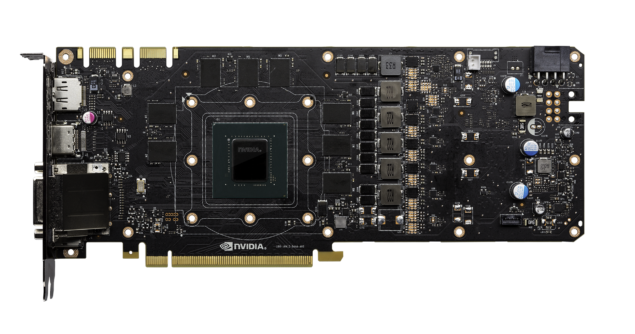 When it comes to efficiency, the GP104 architecture was already leaps ahead of anything that came before it. Maxwell was great when it came to efficiency but Pascal is a whole new level for NVIDIA. NVIDIA also claimed up to 70% better performance than the GTX Titan X on the latest GP102 card. That seems to be accurate as the card is up to 35% faster than the GeForce GTX 1080 (30% faster Than Titan X) which utilizes the GP104 core.

One area that I think needs some attention - AMD's lack of competition on the high end is starting to get ridiculous. In every game we tested, except Hitman, the Titan X is 70-120% faster than the fastest single GPU AMD graphics card, the AMD Fury X. Obviously, there is a process technology gap, a cost gap, and a timing gap - but AMD is falling not just slightly behind, but PAINFULLY behind NVIDIA when it comes to flagship performance. The Radeon RX 480 is a great card and gives AMD a competitive option at the $250 price point but there are plenty of gamers buying at higher prices, where margins are fattening NVIDIA up to do this battle again in 12-18 months.

At the end of the day (and I am 9 minutes from that as I type this), the new NVIDIA Titan X based on the Pascal GP102 GPU is the fastest graphics card on the market, period. If you want the best, and have the wallet to support your addiction, you can't get anything better than this.

Most people don’t “get” the point of a $189,000 car or a tin of caviar that costs more than a dinner for four, and well, most people probably won’t “get” the point of a pair of powerful new Titan X cards either—unless they’re data scientists. When it comes to gaming, a glorious pair of SLI’d new-look Titan X cards are made for high rollers with bleeding-edge displays alone.

With all of this being said, I am going to sit back and look at the TITAN X for what it is: an expensive technological tour de force which thumbs its nose at withholding performance for the sake of price. It simply says “I’m doing it my way”, then drops the mic and walks away.

The NVIDIA Titan X is a beautiful card that features the same NVTTM cooler found on other Pascal based cards. The NVIDIA Titan X comes with a die-cast aluminum shroud with a metallic black finish. Housed beneath this shroud is a large vapor chamber cooler and additional heatsink based cooling fins that are provided air through a blower fan that pushes heat out of the card. The card bears the Titan X logo on the front and surprisingly has no GeForce GTX logo on the sides which was the case with previous Titan cards. 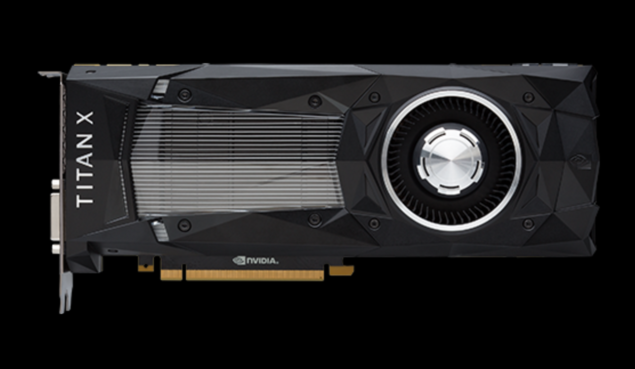 The card features a high-end PCB design that should allow the card to reach clock speeds close to 2 GHz. The power is provided through an 8+6 Pin configuration and NVIDIA officially lists the TDP at 250W. Display output include three DP 1.4, one HDMI 2.0b and a single DVI-D connector.

The NVIDIA Titan X is currently the fastest single-chip graphics card that solidifies NVIDIA's lead in the high-end and professional graphics department. Based on their GP102 GPU, the card offers insane amount of graphics performance but as with all enthusiast cards, it comes with a high price of $1200 US. We can expect NVIDIA to launch a more consumer and gamer focused GP102 GPU later this year for a reasonable price.