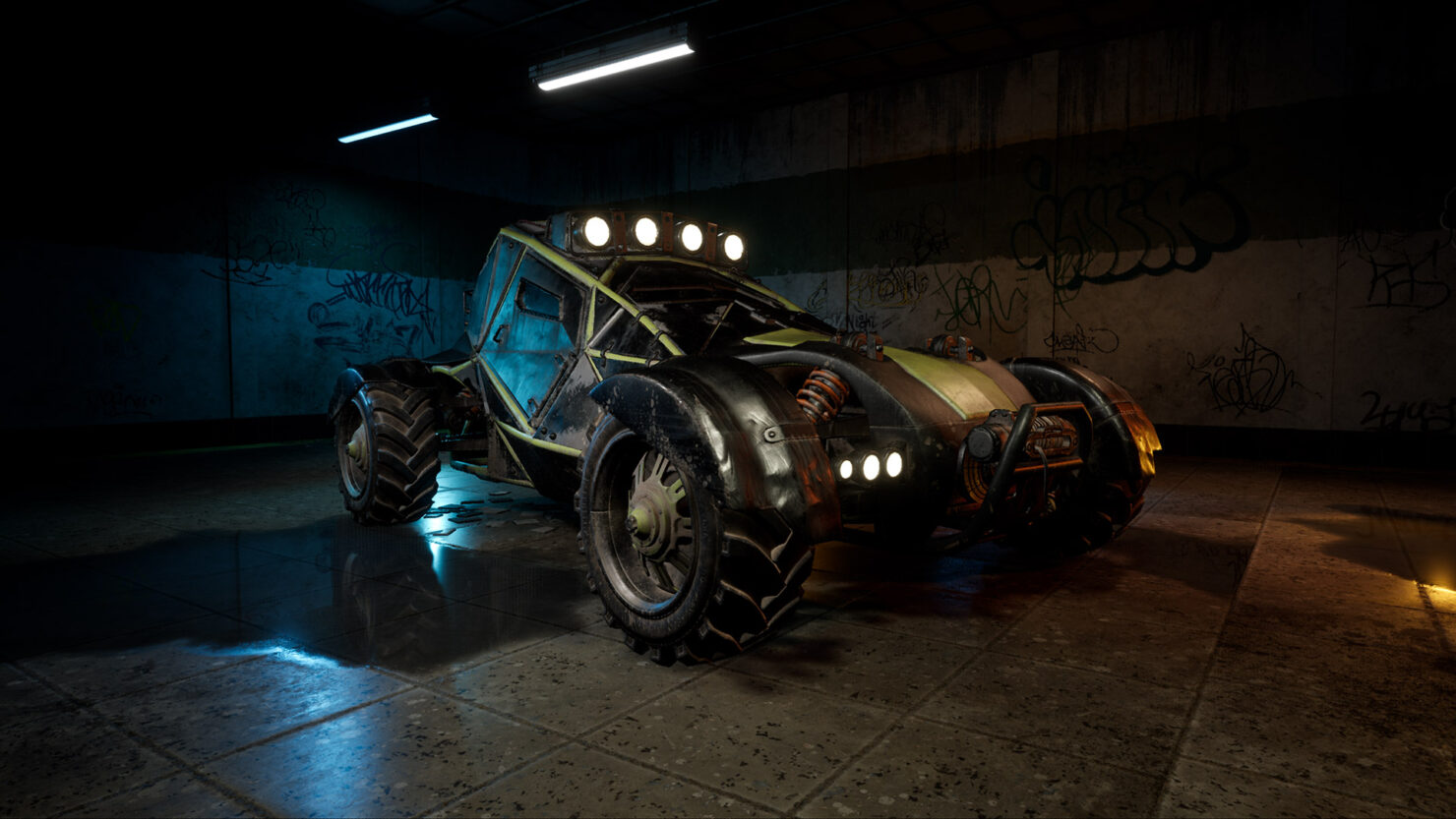 After the explosion of the Battle Royale genre, it was just a matter of time before all sorts of variants started to appear on the market. Notmycar from NMC Studios aims to be the first vehicular Battle Royale game, though, in what looks like a mashup between PUBG and Crossout.

You can currently sign up for Pre-Alpha testing on the official website. The game will launch on PC via Steam; there are no plans for the time being to release Notmycar on consoles.

Check out the first in-game screenshots and feature set below. There's also some early footage available via Mixer right here.

Parachute into every match and choose your starting location on a massive battleground that gets smaller and smaller as the battle wages on. Land in an open field or on the roof of a warehouse - the choice is yours, and that choice will determine your vehicular supremacy!

Customize your battle wagon so your good-for-nothing enemies know exactly who bombed them into oblivion as you skid through their fiery remains. Flags, bumpers, paint-jobs, and more, it's all up for styling as you earn points for every battle you play in.

It’s pedal-to-the-metal as you race to snatch the best weapons from caches all over the island. Battle Royale means second place is the first loser, so show no mercy for anyone on four wheels. Fight your way to the top of the junk heap to be the last car standing!