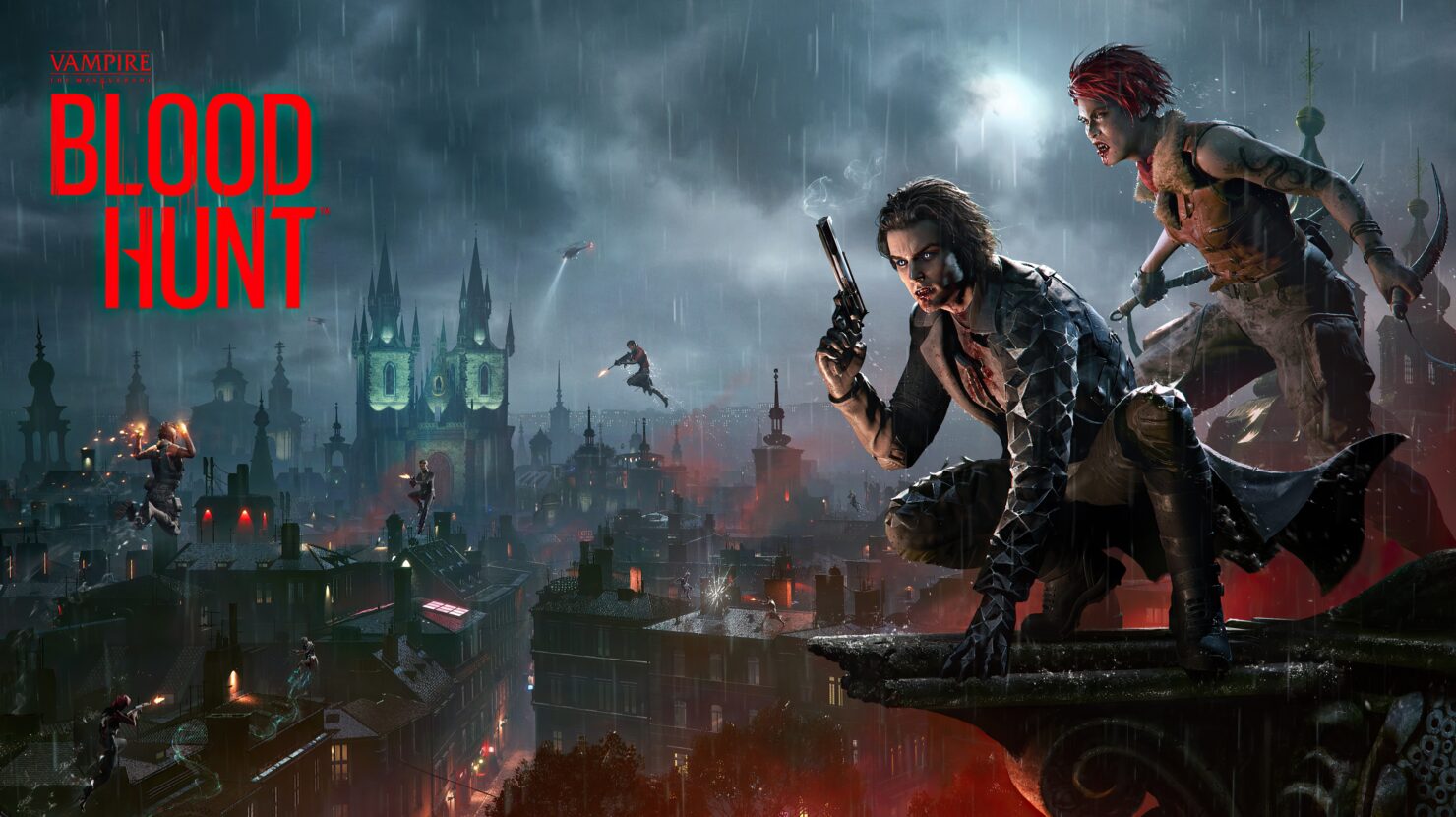 Vampire: The Masquerade - Bloodhunt, the free-to-play Battle Royale game developed by Swedish-based studio Sharkmob, is out in a couple of days on PC and PlayStation 5.

Set in the beloved Vampire: The Masquerade setting from the broader World of Darkness universe, Bloodhunt first launched on Steam Early Access in September. The developers gathered a ton of helpful feedback to improve the game ahead of the full launch. We reached out to Sharkmob Producer David Sirland (a former DICE developer who previously worked on several Battlefield games) to discuss that process with the community, the decision to go console exclusive with PS5 for a year and a half, and much more in an interview transcribed below.

Vampire: The Masquerade - Bloodhunt originally launched in early access in late September. What were the main changes you have made to the game due to the players' feedback?

In early access, one of the key feedback points was performance issues and performance requirements as a whole. We’ve pushed hard to improve this, and we are now reaching smoother gameplay across many different setups and hardware and allowing more types of machines into the fun.

Additionally, we also saw a big need for more things to do and a more interesting and diverse progression. We’ve addressed this through extended quests, daily & weekly challenges, and our new archetype progression and perks system, which brings a flavor of gameplay focused progression to the table. You can now unlock mutators to your archetype by playing it: things like faster reload times, better starting buffs in the form of blood resonances, and more.

What are, in your opinion, the main unique features of Vampire: The Masquerade - Bloodhunt compared to other Battle Royale games?

It’s for sure the combination of a vertical, very detailed cityscape where every place you see, you can go - and a relentless tempo & high stakes action - mixed in with abilities and gunplay.

Can you give us some hints about the upcoming Vampire: The Masquerade - Bloodhunt content additions you're working on for the rest of 2022?

It’s still all a secret, but we have some really great updates going through internal testing right now that really change the way you experience Bloodhunt.

Why did you partner with Sony to make Vampire: The Masquerade - Bloodhunt a timed console exclusive for the PlayStation 5?

Our partnership with Sony ticked a lot of boxes when we set out to broaden the player base. For instance, the hardware could run the game very well, and the unique platform features were a great match for Bloodhunt in how we could implement both 3D audio and full per-weapon type haptics support. Focusing on fewer platforms to begin with allows us to make sure the experience is as good as possible for the players.

Compared to PC, which graphics settings are being used in the PS5's Quality Mode and Performance Mode, respectively?

How do DualSense's unique features improve immersion in Vampire: The Masquerade - Bloodhunt?

The way we implemented the haptics per weapon type really helps give the player more information about the second to second gameplay and adds a lot of additional awareness on top of audio and visual cues.

Will these features be available on PC, too, when using the PS5 controller?

No, they are not available on PC when using the controller. With the recent patch of the PC drivers, this may be something that could be supported in the future, however, if made possible from a hardware point of view.

You've recently unveiled how crossplay works in the game. It doesn't sound like input-based matchmaking will be available at launch, though. Any chance you might add that later? The same goes for grouping with friends on the other platform.

Crossplay as a whole is an area we’ll want to invest more into going forwards, and one way to approach separation is the differentiation of input types (disregarding platforms really). In modes like ranked, which is part of Season 1, this may be a potential fit for the future ranked seasons to separate player rankings on. However, one of the key rationales for us to implement crossplay is to keep the community together, and we’d like to split it as little as possible in the more casual oriented modes.

Vampire: The Masquerade - Bloodhunt already supports AMD FSR. Are you going to add support for the new and improved FSR 2.0, though?

We’ll see what the future holds in terms of additional tech implementation. We are
always interested in things that improve the gameplay experience for as many players
as possible.

Do you take advantage of FSR on PS5, too?

FSR is used in Performance, not in Quality mode.

The Vampire: The Masquerade - Bloodhunt logo is also featured on the Intel XeSS compatibility page. When are you planning to add this technology, and what do you think of it?

We’ll announce details around all future partnerships in due time, but to give you a hint: we’re excited!

All types of technology allowing better experiences are for sure on the table for future consideration, so there is a chance, but no confirmations here yet.

Are you considering the addition of ray tracing effects on PC and/or PS5?

We’d considered this investment in various forms. Still, as of now, we’d probably be better off going for additional performance improvements and input latency minimization tech rather than additional rendering/raytracing, given the player base & type of gameplay we tend to see (fast paced, super high octane action).

Vampire: The Masquerade - Bloodhunt runs on Unreal Engine technology. Since you're planning for it to be a live service game, could it possibly be upgraded to Unreal Engine 5 at some point in the future?

It would be a pretty massive undertaking to do such a thing, and I’d be hard-pressed to see the benefits outweigh the investment into getting there - that said, if Bloodhunt is a massive success this may of course be a consideration down the line, but no plans as of now. Having said that, Sharkmob’s two unannounced projects are being developed on Unreal Engine 5.

Is there anything else you'd like to add about Vampire: The Masquerade - Bloodhunt?

One thing we are very proud of is our vibrant and very welcoming community. You should come join it (discord.gg/bloodhunt) - and, of course, download and try the game when it is out on April 27th!