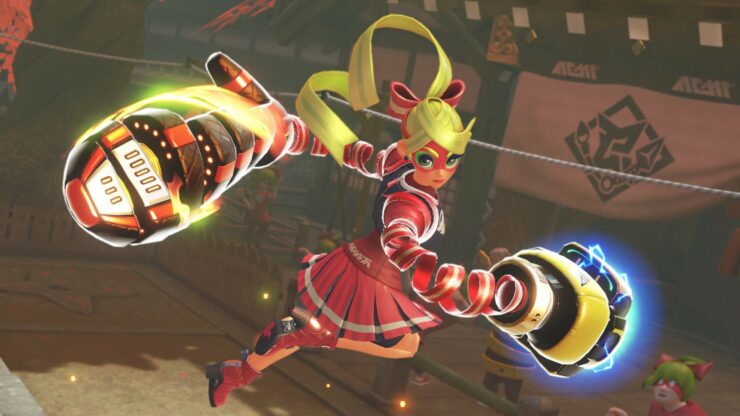 Nintendo's highly anticipated fighting game called ARMS is due to launch on June 16th worldwide and the latest Famitsu magazine (issue #1488) included the very first published review of the game.

The score is 33/40; in case you're not familiar with Famitsu's score, that's the total of four different reviewers giving ARMS 8, 8, 8 and 9. The game apparently got the highest score of this issue, narrowly beating The Sexy Brutale (32/40) and World of Goo (32/40 as well).

ARMS is the Switch exclusive fighting game that heavily relies on motion controls. The developers openly said they'd love to create a franchise beyond this initial installment, though of course it will depend on its reception and sales. They also reassured fans that many more fighters will be added over time to the game, each one featuring different abilities.

In his hands-on preview from February, Dave surmised that ARMS has the potential to be as popular as Splatoon in its own genre.

Are you looking to buy this title for your Nintendo Switch? Let us know by leaving a comment below.

Dragon Ball Z Kakarot, Yakuza: Like a Dragon Get Reviewed on Famitsu