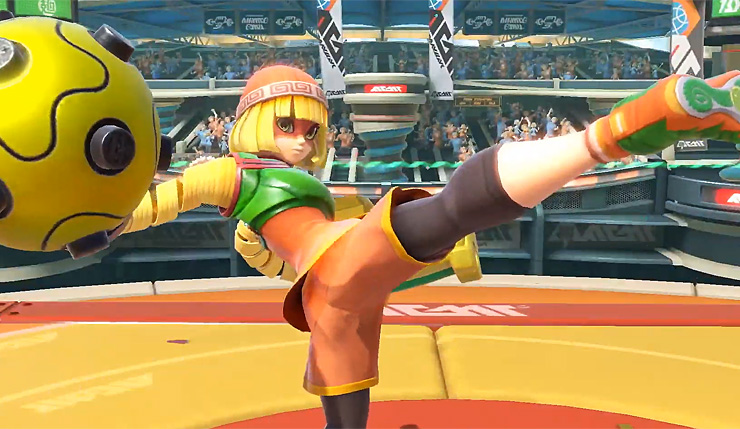 This morning Super Smash Bros. Ultimate director Masahiro Sakurai unveiled the game’s latest fighter, and it came as some surprise to many fans. We knew the next character would be from Nintendo’s quirky spring-loaded fighter ARMS, but most suspected it would “main character” Spring Man, or perhaps the popular Ninjara or Twintelle, but nope! It turns Min Min got the call! You can check out the debut trailer for Min Min, below.

For those unfamiliar with ARMS, Min Min is a ramen-themed fighter, featuring stretchy arms made out of noodles and a hat/blonde bob that basically look like an overturned bowl of noodles on her head. Here’s the official Nintendo description of her character:

A member of ramen royalty, she hails from the famed Mintendo Noodle House! Her spicy kicks are known to knock down her opponents' attacks. Can her fiery personality bring the championship belt home to her family's restaurant?

So, why was Min Min chosen over more popular and recognizable ARMS characters? Sakurai says the producer of ARMS specifically requested her – simple as that. So, what kind of fighter is Min Min? Well, as you would expect, she attacks with her stretchy arms, with each one being assigned to its own button (A or B). Of course, that messes  up the normal Smash Bros. control scheme, but also allows you to pull off powerful attacks with both arms simultaneously. According to Sakurai, Min Min is particularly strong against heavy, ground-based characters, although she may have some more trouble against lighter, more agile opponents, so choose her wisely.