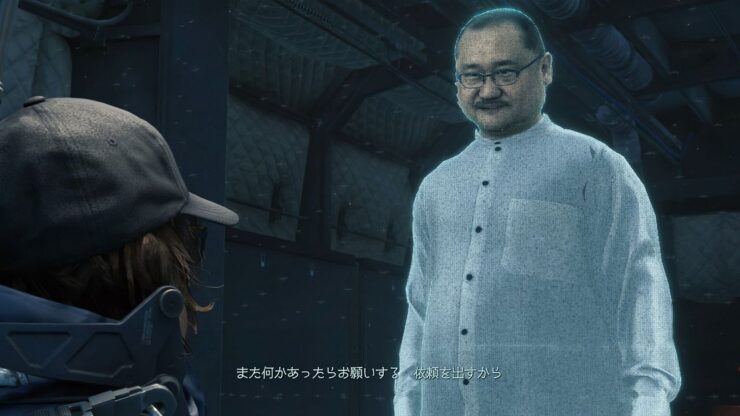 Death Stranding is making a lot of noise in Japan and not only because of the sales or overall reception. The game was awarded a perfect score (40/40, as each game is reviewed by four editors) by Famitsu, the long-running and prestigious games magazine.

This by itself isn't outrageous at all, as other publications from all over the world have awarded Death Stranding high scores and even perfect scores in some cases. The issue is that Famitsu executive (former Chief Editor, now President of publisher Enterbrain) Hirokazu Hamamura is featured in one of the many cameo appearances sprinkled throughout the game, as one of the NPCs that Sam Porter Bridges (Norman Reedus) needs to deliver orders to.

As reported by Kotaku, the country's largest bulletin board 2ch has a thread going where this cameo appearance has been criticized at length. Even the magazine's mascot, Necky the Fox, is immortalized in the game as a 'mountain graffiti'.

It isn't the first time that Hamamura is linked to a game that is then awarded a perfect score at Famitsu. It already happened with 428: Shibuya Scramble about a decade ago, where he also got a cameo appearance, as well as with Hideo Kojima's Metal Gear Solid: Peace Walker on the PlayStation Portable (in that case, Hamamura-san was featured in an advertisement campaign for the game on Famitsu).

Death Stranding is out now on PlayStation 4. A PC version, published by 505 Games, will be available through various outlets (Epic Games store, Steam) at some point in Summer 2020.