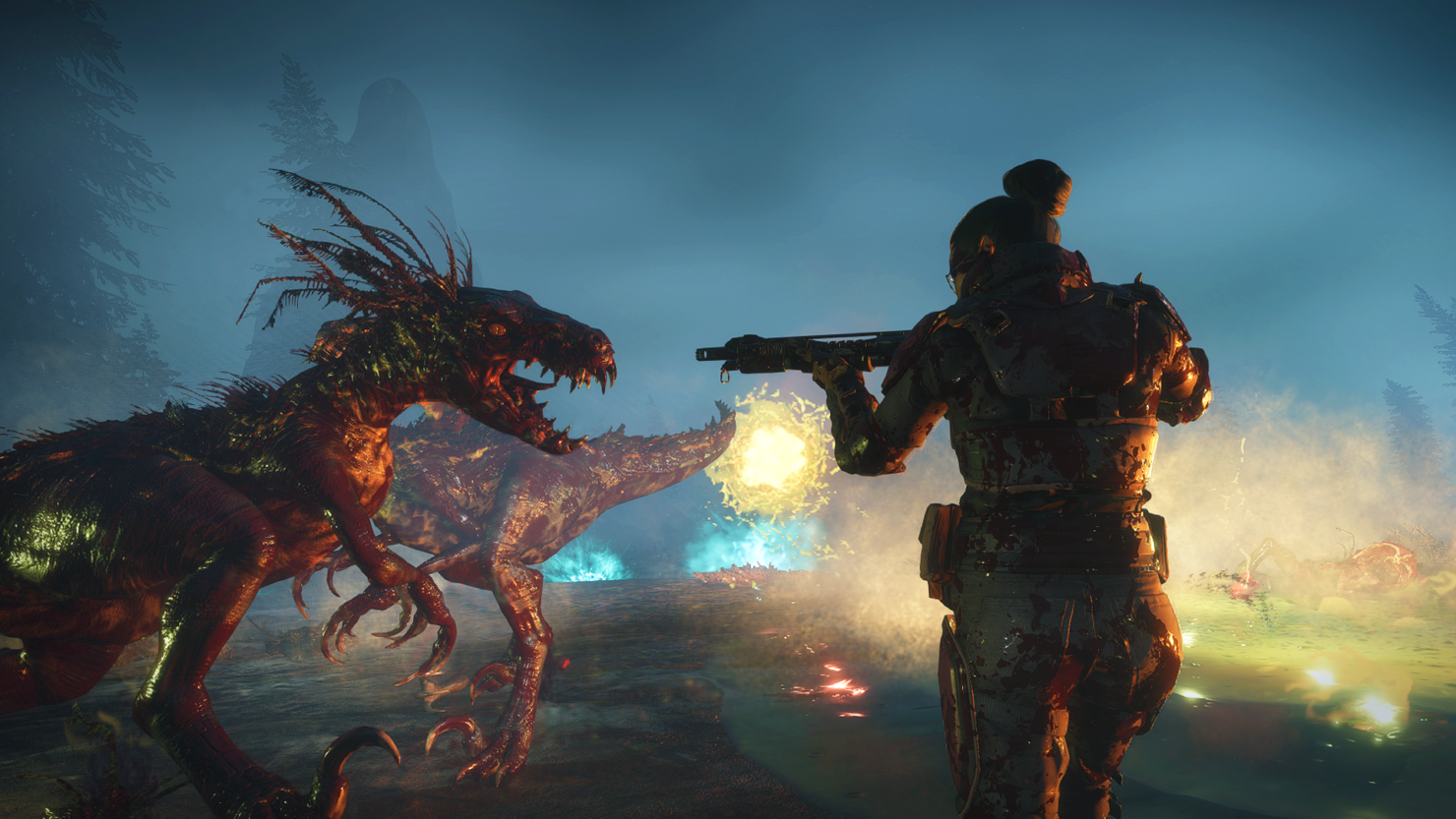 A first-person cooperative shooter for up to three players, Second Extinction features a post-apocalyptic scenario where mutated dinosaurs have retaken the Earth and the humans need to fight back to get on top of the food chain once again. To that end, teamwork will be vital in order to succeed.

The game has been announced for PC (where a Closed Beta should be held soon), Xbox One and Xbox Series X. It is presently unclear if there'll be cross-play functionality between all the platforms.