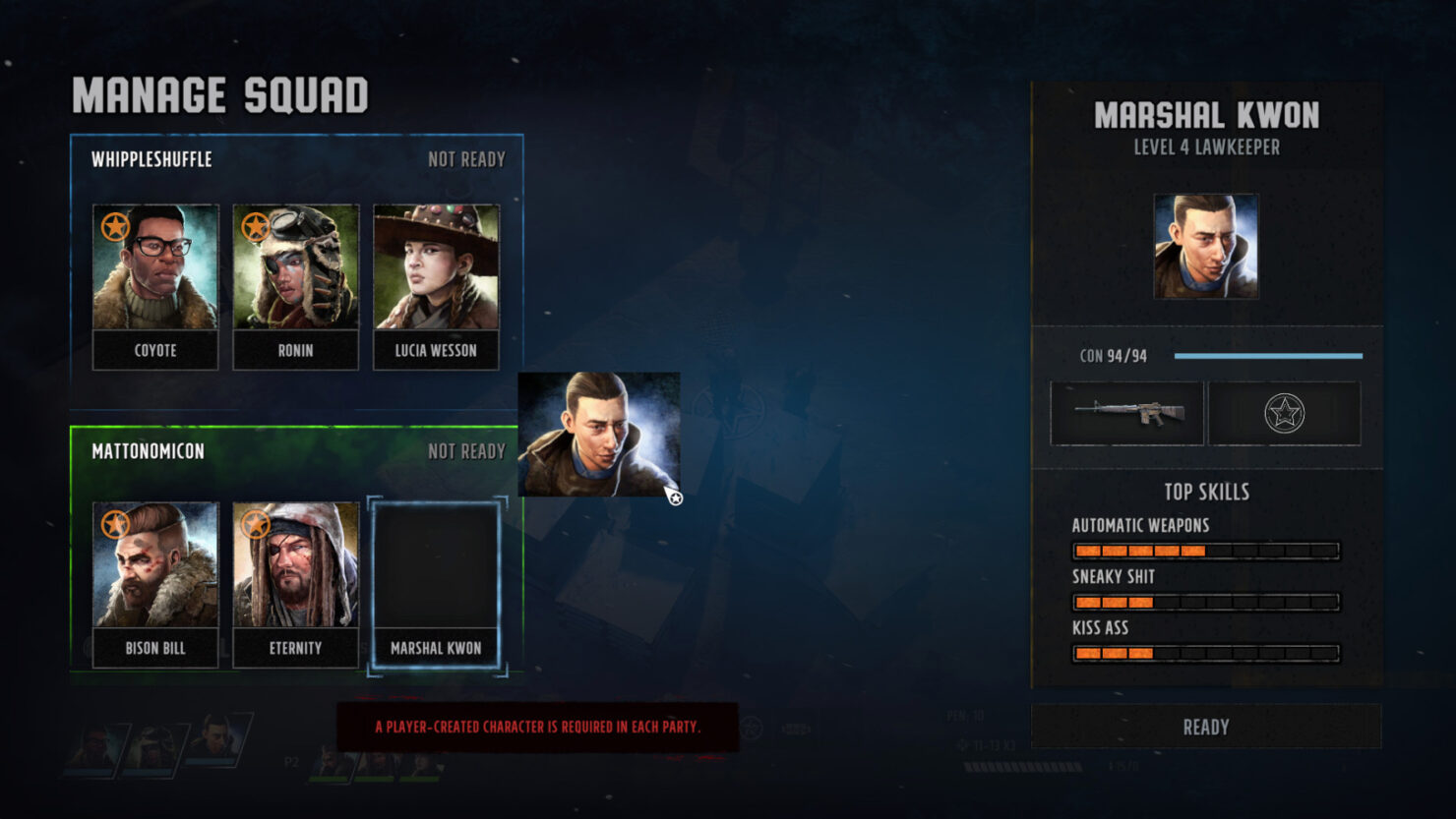 The Wasteland 3 co-op feature, a first for the franchise, got showcased in a brand new trailer available below.

The developers at inXile Entertainment also shared plenty of details on how Wasteland 3 co-op is going to work in a blog post published on Xbox Wire.

In Wasteland 3’s co-op you can work with a partner to strategize in tactical combat, make decisions on how to navigate the gangs, factions, and cults of Colorado, and how to divvy up their loot. There are also unique moments in the game that can only be pulled off in co-op, like turning in a quest to two rival NPCs at the same time for double the reward. While it’s not a PvP game, there are also unique opportunities to mess with your friend, like spreading rumors about them at your home base.

Playing co-op in Wasteland 3 is as simple as choosing multiplayer from the main menu and inviting a friend. You can also choose to post your game in the public browser, or for PC, connect directly via a friend’s IP.

Once you’ve linked up with a co-op buddy, you can choose whether to start a new game or load a save, and then choose your difficulty options. If you’re starting a new game, each player will customize their Ranger before heading off into Colorado. If you’re loading a save further into the game where you have more than two characters, the host will need to divvy them up through squad management—each player always controls a portion of one full Ranger squad. The host can choose which characters each player controls, and how many. Playing with a friend who is new to the genre? You can give them just one or two Rangers to control and lighten their burden.

Just keep in mind that Wasteland 3 co-op won't be available cross-platform between PC and Xbox One, even if inXile got purchased by Microsoft a couple of years ago. Wasteland 3 is out on August 28th for Xbox One and PC (including Steam), and it'll be out on Game Pass, too.