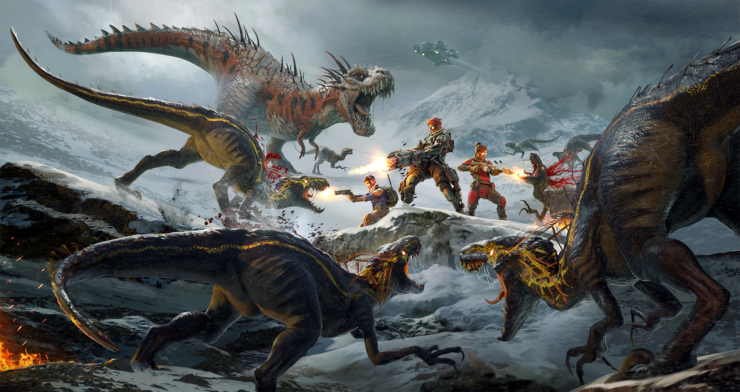 Second Extinction is among the brand new games announced during today's Inside Xbox episode. The game is an 'intense' first-person co-op shooter where up to three players take on mutated dinosaurs to reclaim Earth for humankind.

It's in development at Systemic Reaction, the new division of Avalanche Studios, and it will hit Xbox One, Xbox Series X, and PC (in fact, system requirements are already up on Steam). A Closed Beta is planned to happen at some point during the Summer season.

I’m very proud of what our team has created. As a live game, we plan to support Second Extinction long-term, as we do with all our titles. We can’t wait for players to team up, start playing, and become part of our community.

Second Extinction is a real passion project for our tight-knit team, and we’re just getting started. It’s incredible how far we’ve come in this short time and I’m super excited to reveal more details, including our live roadmap, in the coming months.

Take a look at the debut trailer and first in-game screenshots of Second Extinction below.